How Long Should You Really Keep Meat In The Freezer?

It’s great to have a fully stocked freezer, especially in a time of social distancing when many of us are limiting trips to the grocery store. Food lasts much longer when it’s frozen, and freezer staples like chicken breasts and broccoli crowns can save you from the same old pantry meals when fresh food runs low.

But how long can meat stay in the freezer before it starts to go bad? Is that bag of frozen vegetables from the Carter administration really going to taste OK in a stir-fry? Turns out, you can’t freeze things for as long as you might think.

How Long Does Frozen Meat Last? 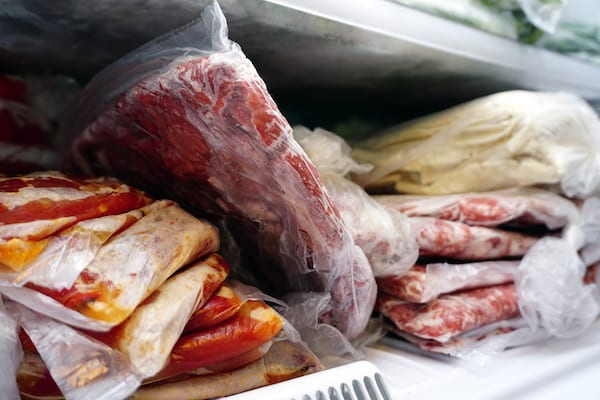 There are no hard-and-fast rules governing exactly how long a piece of meat will keep in your freezer, because there are several factors at play. “Freezing uses very cold temperatures to stop microbial activity during storage, while still maintaining nutrients,” explains Tamika Sims, Ph.D, director of food technology communications at the International Food Information Council.

So, freezing doesn’t kill the microorganisms in food, it merely pauses their growth. Because of this, frozen food will remain safe to eat no matter how long it’s been frozen, but the quality will suffer after a certain amount of time.

“Freezer times differ [for different meats] due to the composition of the product and its inherent moisture content,” she explains. “More moisture allows longer freezing time.”

You can further maximize that moisture content by squeezing as much air out of the frozen food you pack. Using a vacuum sealer to close regular freezer bags is the surest way to siphon out the most air, which “hastens both the chemical breakdown and microbial spoilage of many foods,” according to the USDA.

Here are some basic guidelines for different types of raw meat.

“For quality, ground uncooked meat can be frozen three to four months,” Sims says. Meat loses lots of moisture in the grinding process, so its freezer life is relatively short.

Steaks, chops, and other large cuts of meat

“Whole meat (steaks, chops, large cuts) can be frozen four to 12 months and maintain the same quality,” Sims says, because it has a relatively high water content and will retain its texture and moisture for longer in the freezer. As a general rule, large cuts like roasts and shoulders will last longer than smaller cuts like individual steaks or chops.

Because bacon and sausage have been heavily processed before freezing, they will only maintain their quality up to a couple of months in the freezer.

“Whole uncooked poultry can keep the same quality for up to 12 months if frozen, similar to large meat cuts,” Sims says. That’s because they have been minimally handled and retain most of their moisture.

“[Poultry] parts (drumsticks, thighs, breasts, wings) will keep their quality for up to nine months,” Sims says, because they lose moisture in the butchering process.

“Lean fish (such as tilapia) can maintain quality six to eight months if frozen,” Sims says. This type of fish is delicate, so too much time in the freezer can really compromise its texture.

“Frozen fatty fish (such as salmon) can maintain quality two to three months,” says Sims, because of its relatively high fat and low moisture content.

Because much of the moisture gets lost in the cooking process, cooked proteins will last for two to four months in the freezer. Anything in liquid (soup, stew, meat in gravy) will last longer than anything frozen without liquid (chicken breasts, cooked steak).

Can You Eat Freezer-Burned Meats?

Freezer burn results when meat comes into contact with air circulating in the freezer. Maybe you didn’t seal the container… maybe a bag ripped.

Freezer-burned meat will carry frost on its surface and will look pale or discolored. It’s not unsafe, Sims says, but it won’t taste good. We’ve all tasted frozen foods that when thawed just taste like… freezer.

Some good news: “You can cut freezer-burned portions away either before or after cooking the meat,” Sims says, adding that she usually does it before. But if your meat is freezer-burned all over, you should probably toss it.

How Long Do Frozen Fruit and Vegetables Last? 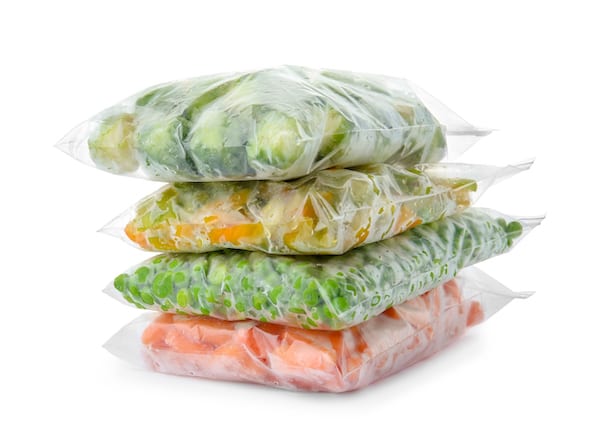 The USDA doesn’t provide guidelines for how long fruit and vegetables last in the freezer, but there are some accepted boundaries. Sims says that eight months is a good rule of thumb for frozen fruits and vegetables, in order to maintain their quality and avoid mushiness or freezer burn.

Overall, don’t fret too much. Food that’s been frozen too long isn’t unsafe, it just might taste a little off. Try labeling things with best-by dates before freezing them based on the above guidelines.