It’s snack time, and all you want to do is gorge on some salty potato chips or fries — but you don’t want to blow your healthy eating streak for a temporary craving.

Good news: It’s possible to satisfy those salty cravings in a healthier way. We’ve rounded up 10 snacks that are delicious and healthy (and salty — did we mention salty?). 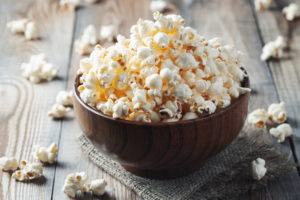 Popcorn sometimes gets a bad rap, thanks to those tubs of buttery movie-theater kernels. But nix the calorie-laden butter and oil and you’ll get a snack that clocks in at only 30 calories per cup. You can pop your own and add a little bit of sea salt, or buy pre-popped snack bags from Skinny Pop or Boom Chicka Pop. 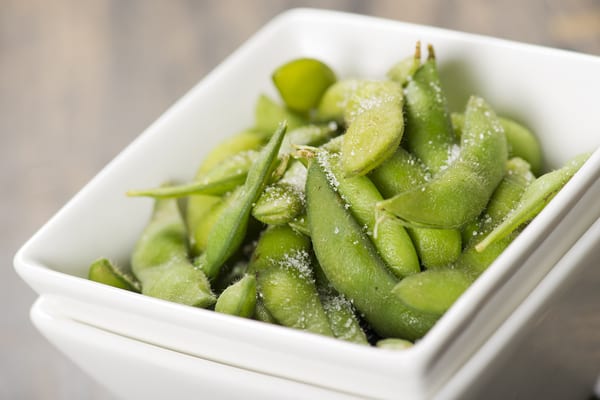 Edamame sprinkled with a bit of sea salt will nip those salty cravings in the bud for only 188 calories a cup. Bonus: You’ll also get 18 grams of protein and 8 grams of fiber. 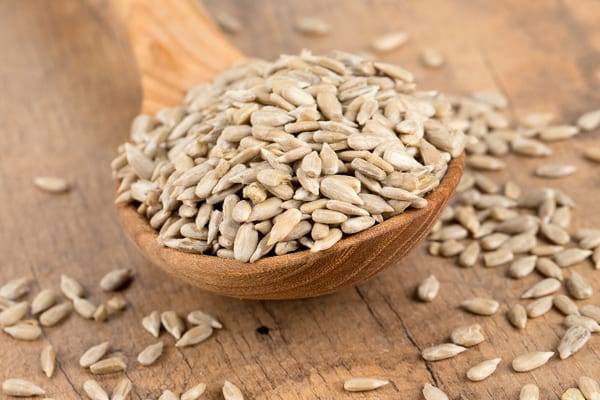 Sunflower seeds will satisfy your salt craving while providing a good source of protein, magnesium, vitamin B6, and iron. Just remember they’re pretty dense in calories — a ¼ cup serving has around 200 calories — so keep your portions in check. 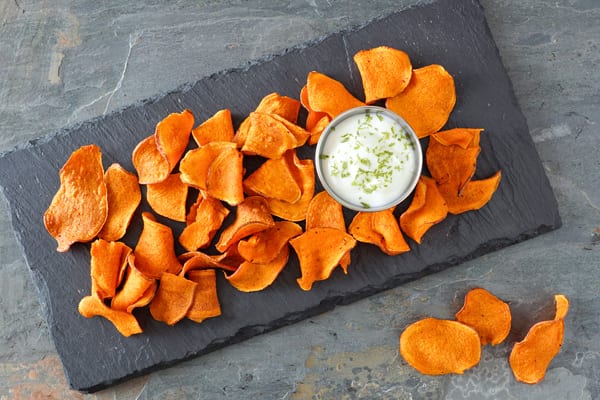 Okay, so sweet potato chips really aren’t much healthier than regular potato chips. But when you’re having a serious chip craving, TERRA Sweet Potato Chips give you the crunch you want without any weird artificial stuff — the ingredients list is just sweet potatoes, oil (canola, safflower, or sunflower), and sea salt. 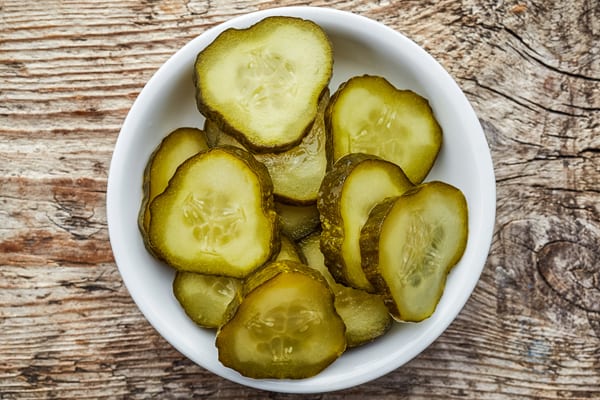 Dill pickles aren’t just for sandwiches — they can also be a satisfying salty snack all on their own. The downside: Store-bought dill pickles can be loaded with salt, so you’ll need to keep an eye on your sodium intake. Or make your own pickles — it’s relatively easy, and you get to control how much salt you use. 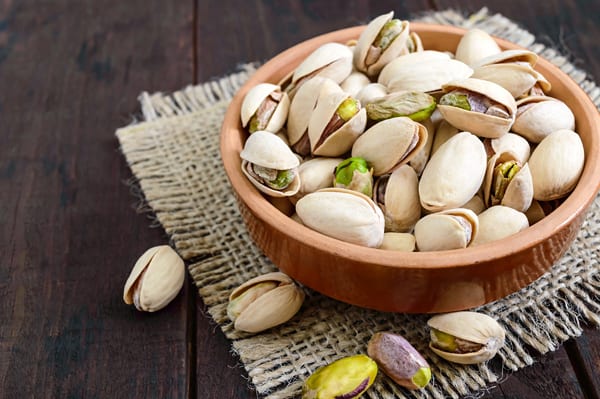 Pistachios are tasty, salty, and a good source of protein. But — as with most nuts and seeds — they’re also calorically dense at nearly 700 calories per cup, so be sure to watch your portions. (At least the hard-to-remove shells force you to slow down a bit while snacking.) 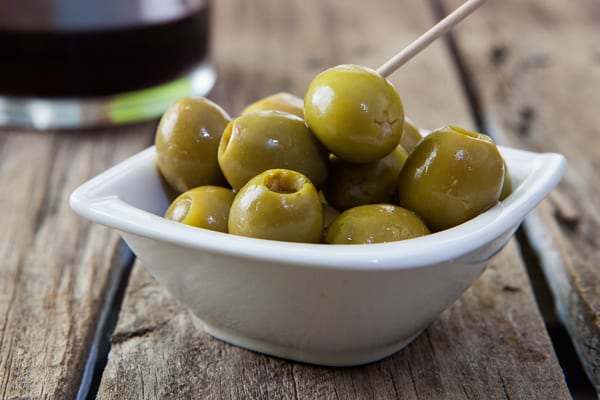 Olives may not be the first thing that comes to mind when you want a salty snack, but they deserve a spot on your list. Olives deliver some good-for-you nutrients in a small package — including monounsaturated fatty acids, the same healthier fats in olive oil. 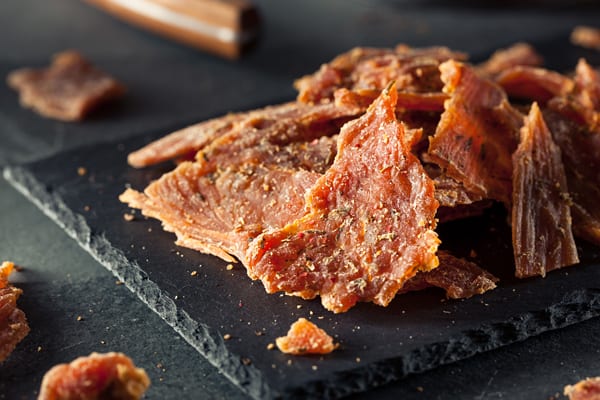 With 8 grams of protein per one-ounce serving, this chewy snack can help you feel fuller. You can make your own or buy a pre-packaged version — but read the label carefully, because some varieties can be loaded with sugar and other additives. 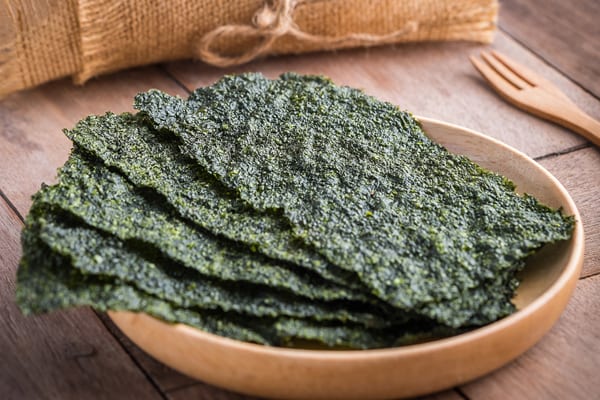 This crunchy snack may not be on many people’s snack radar, but it should be — a 5g serving (about 0.17 ounces, or the size of a typical seaweed snack bag) contains just 30 calories and 1g of carbohydrates. 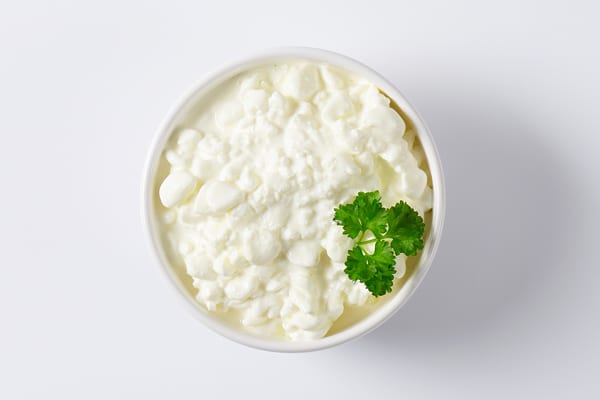 Cottage cheese is naturally salty, so it’ll hit the spot while also giving you some calcium. Scoop it into half an avocado for a well-rounded snack that provides healthy fats your body needs to function.