10 of the Healthiest Cheeses, Ranked 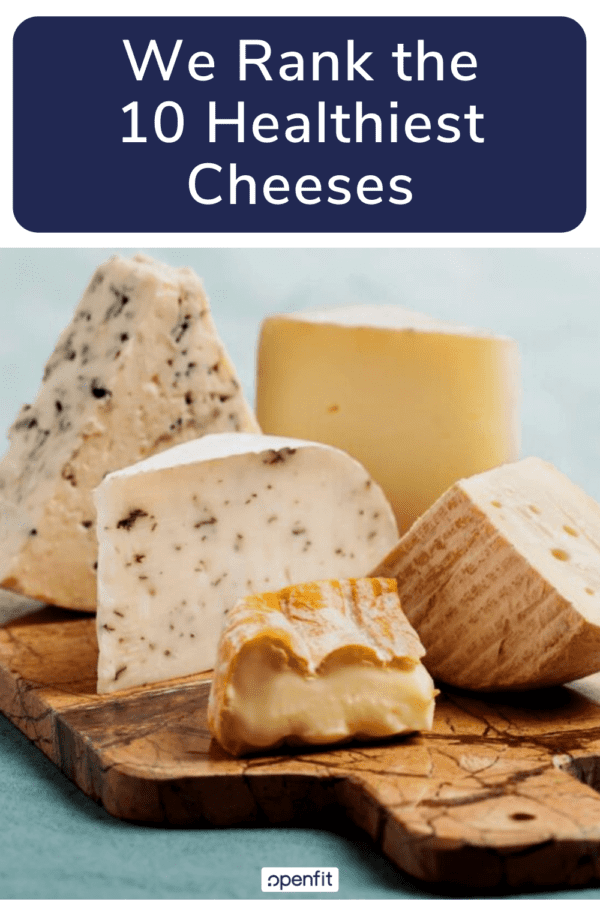 Let’s address the absolutely critical question that’s probably gone through your mind if you’ve decided to try to eat healthier: Can you still eat cheese?

Good news: you can. “As long as you are making healthful choices overall, you can fit cheese into a healthy eating plan,” says Andrea N. Giancoli, M.P.H., R.D. (Cue collective sigh of relief.)

To keep your cheese consumption as healthful as possible, “you have to be careful with portion size,” Giancoli says. “Stick to a half-ounce up to one ounce at a time.” (Use that nutrition label to help you eyeball it.)

To help you choose which options to enjoy, here’s our list of the healthiest cheeses, ranked (roughly!) from least healthy to healthiest — keeping in mind qualifications like calories, protein, sodium, and fat.

For more health and nutrition information, sign up for Openfit for free today!

1. Brie and other soft cheeses 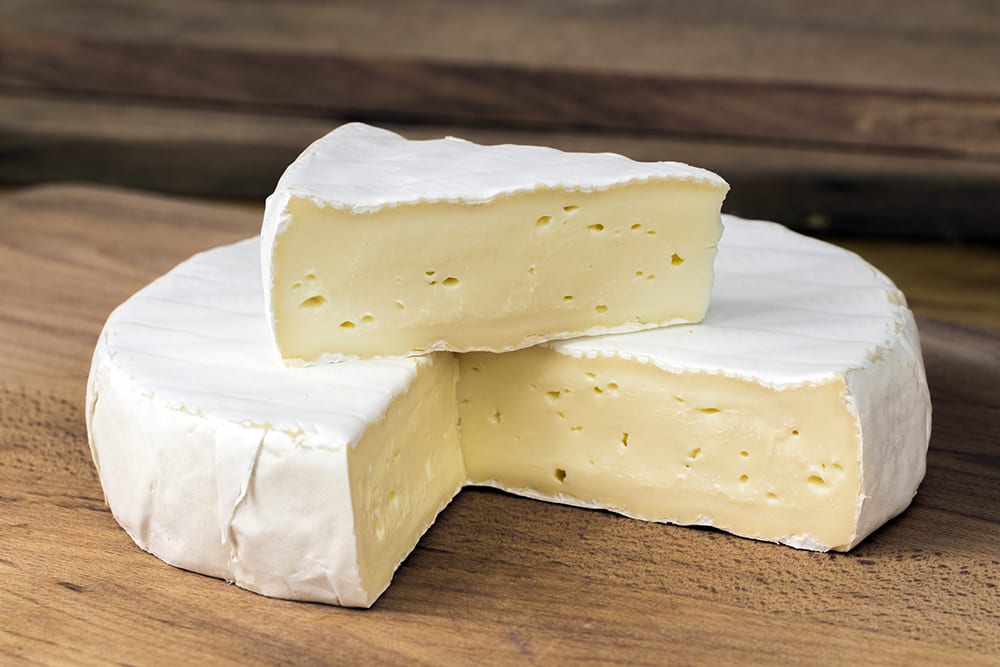 Though Brie comes in first on our list — some varieties like Triple cream Brie is more dense with calories and fat than standard Brie — you can still incorporate it into a healthy diet. Again, it’s all about portion control.

“If you are moderating your intake of it, it’s fine,” Giancoli agrees. When you find yourself in front of a cheese tray laden with it, “try to limit yourself to one serving and then walk away,” she says. 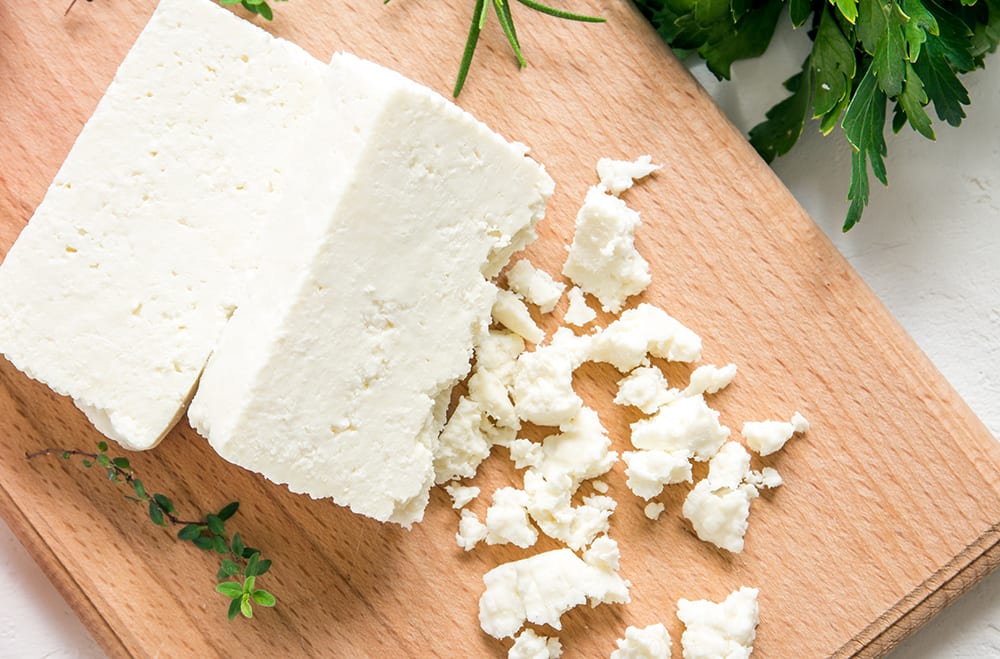 Feta is often soaked in a salty brine — which is especially important to keep in mind if you’re watching your sodium consumption.

Crumbled feta is great on top of a salad, where you’ll taste all its salty goodness. Just be sure the rest of the ingredients in your bowl have little or no sodium. 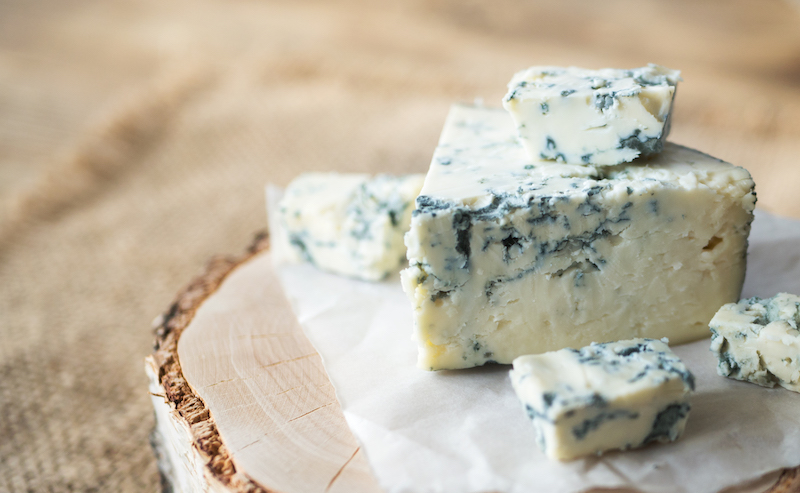 As with feta, blue cheese has a significant amount of sodium, so portion control is critical — but if you’re craving some of that tangy, funky crumble on your next salad, you can still make that happen. 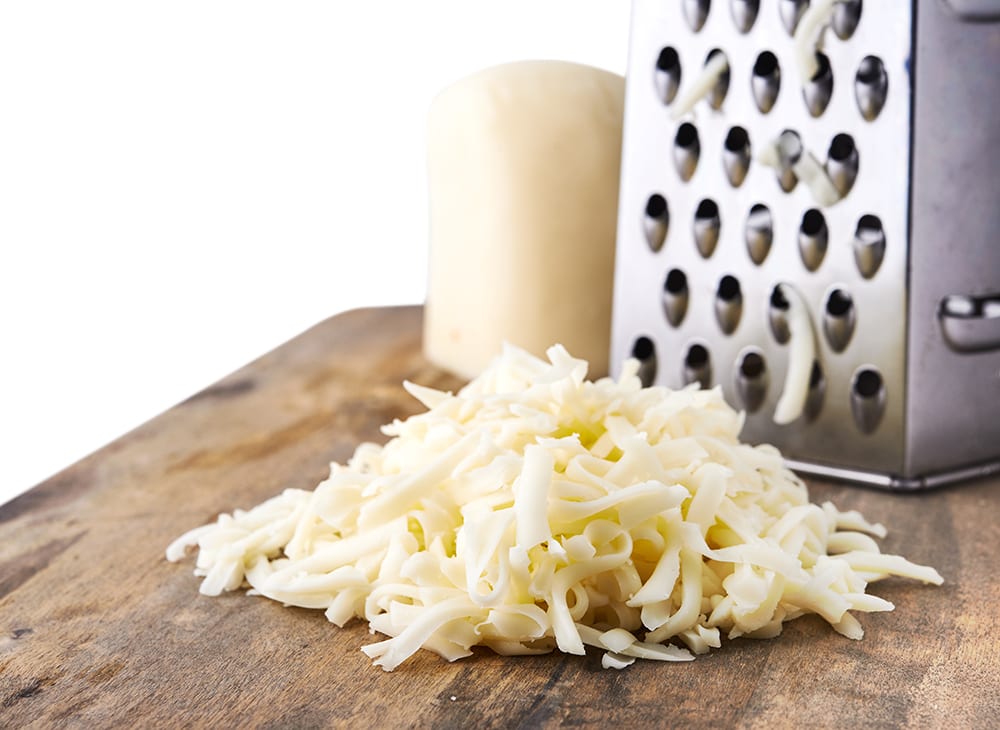 Part-skim mozzarella is lower in saturated fat and cholesterol than whole-milk varieties, but you’ll still want to hold the extra cheese on your next pizza — a single slice can easily contain more than a one-ounce serving.

“We need to be very conscious about servings,” repeats Giancoli. “The more cheese we use, the more fat, saturated fat, calories, and sodium we’ll add to a dish.”

Not all cheese can be made low-fat, but cheddar can — so reach for those versions if you can find them.

And opt for sharp over mild, says Giancoli, because “you get more bang for your buck with flavor.” 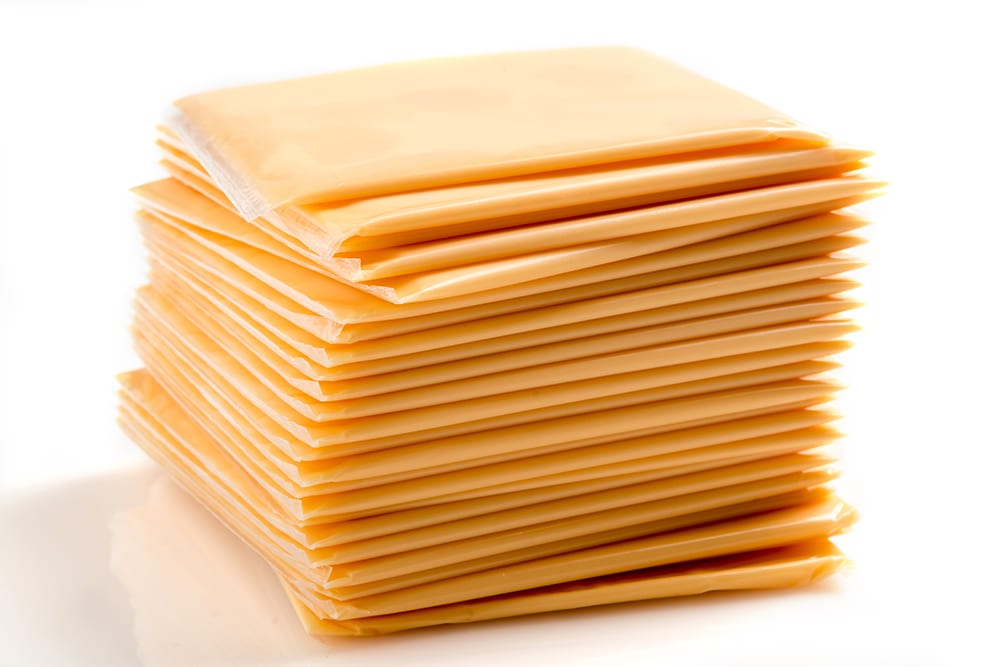 While cheese snobs might not rank American cheese as their favorite contender for, say, a picnic in the park, American cheese isn’t that bad from a nutritional standpoint.

It tends to be a smart choice for fat content and has a good amount of protein (though it can be a significant source of sodium, so look at those labels). Plus, the slices make portion control much easier. “Slices are often less than an ounce, and you may find you only need one,” says Giancoli. 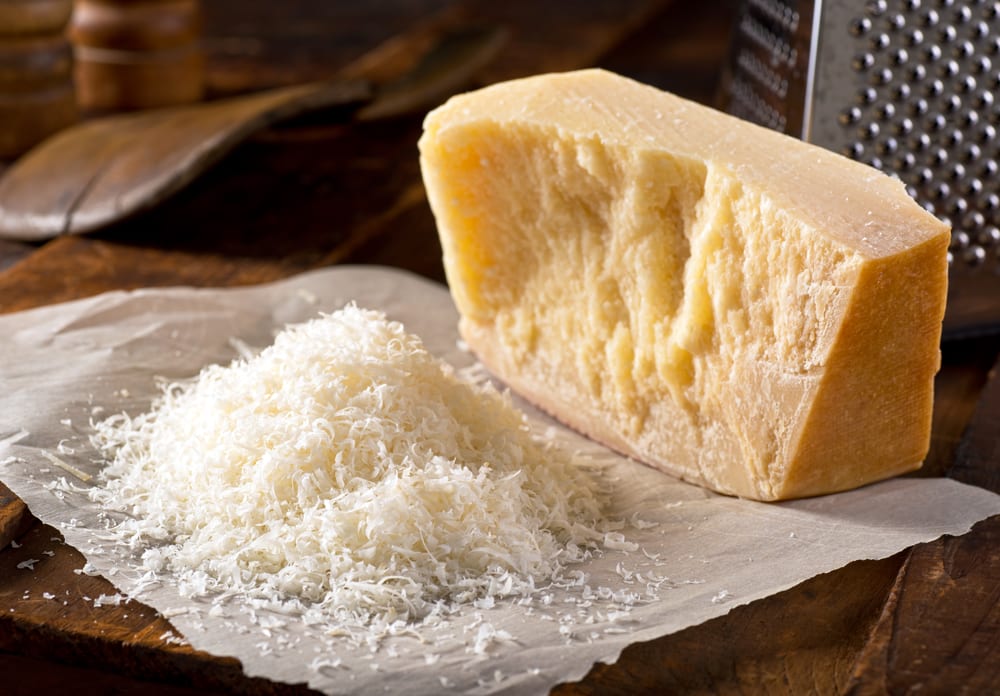 Parmesan adds an umami flavor that goes a long way, so you don’t need much, says Giancoli.

Try shredding or thinly shaving it on top of pasta or vegetables. “As with salt, you taste it more on the surface than mixed in,” she says. And although it’s higher in calories than the previous cheeses, parmesan does have an impressive amount of protein. 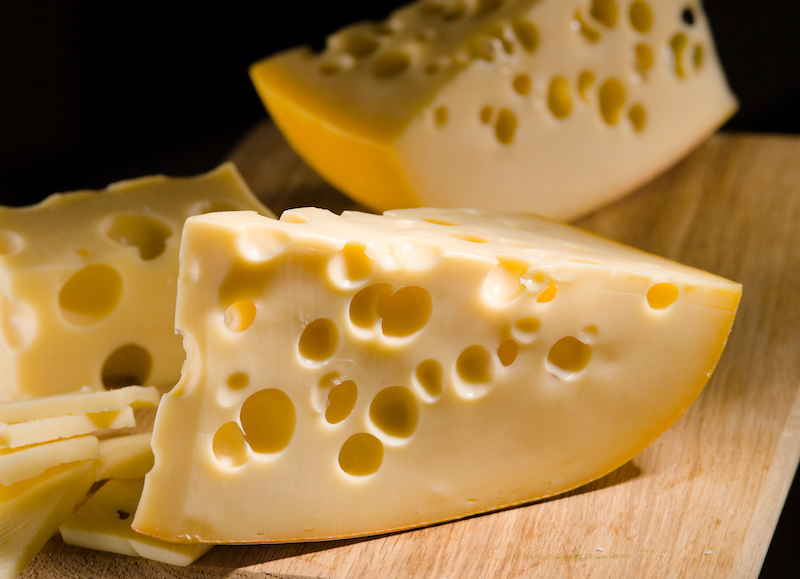 With lower fat and sodium than many of its brothers, Swiss cheese is one of the better options for the next sandwich that just wouldn’t be a sandwich without a slice of cheese. Plus, holes! 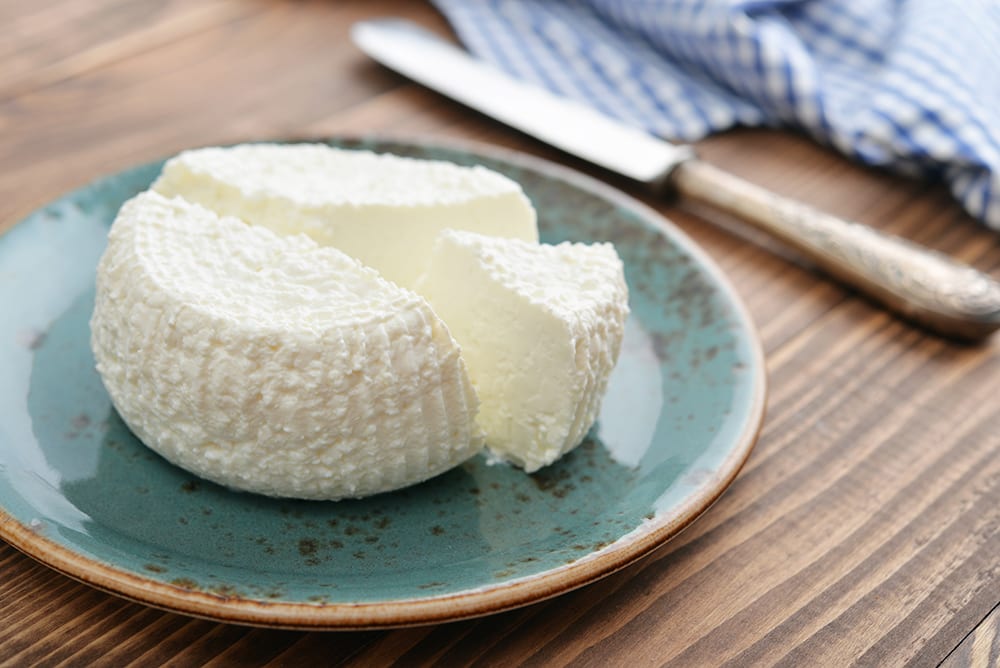 Because ricotta is equally at home in both sweet and savory dishes, it can be a great way to add protein to meals at any time of day. If you’re feeling ambitious, you can even make ricotta from scratch.

One notable perk of ricotta: a half-cup serving size is pretty comparable to one-ounce serving sizes of many other cheeses earlier on this list, so you may be able to enjoy a bit more of it without derailing your nutrition plan. 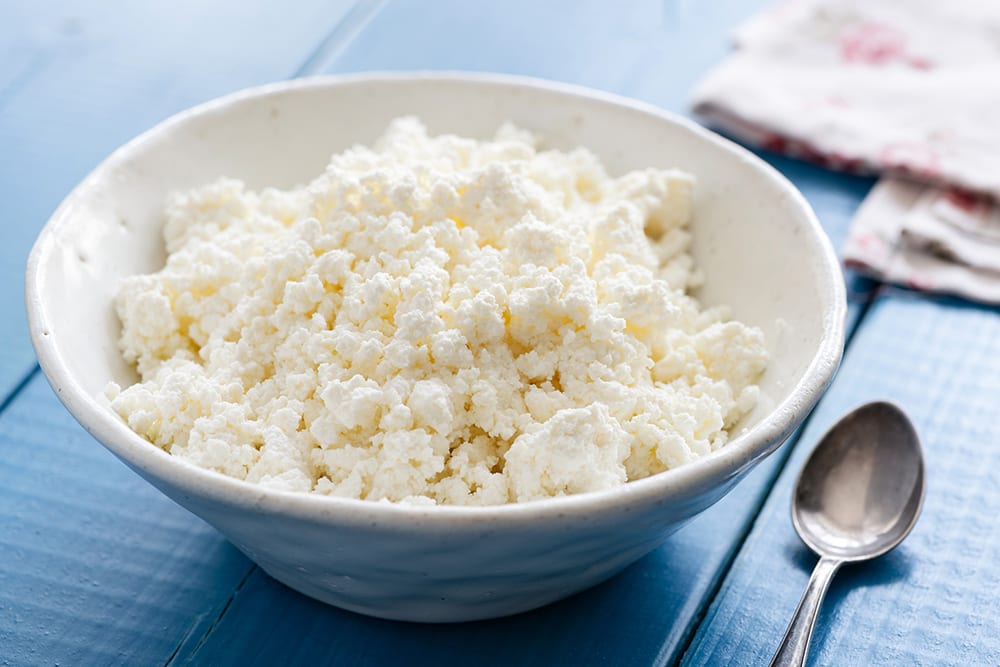 Although this isn’t the kind of cheese you’ll usually find on top of pizza or mixed in with macaroni, it’s still a cheese, and it’s an easy source of added protein to keep in your fridge. Also, as with ricotta, a typical serving size is notably more than an ounce, so it’s going to be more filling than a couple cubes of cheddar.

Choose low-fat versions (one or two percent milk fat) over whole milk, and watch those labels to find a brand that’s lower in sodium.

Need some inspiration on how to use it? Here are 12 ways to use cottage cheese that will rock your world.