You're Probably Not Gluten-Intolerant: 6 Health Trends Being Abused 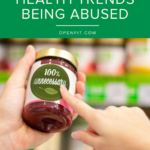 You just had a burger, beer, and fries with ketchup — a gluten grand slam — and now your stomach feels like the Hindenburg. You Google a few websites dispensing medical advice and self-diagnose the problem: gluten intolerance.

Next step: a gluten-free diet. Pretty soon you’ve embarked on one of the modern world’s most curious gastronomic journeys, avoiding half the things you used to eat, annoying your friends, and following an eating regimen that may or may not make you feel better.

That’s one way health-conscious people get drawn into needless remedies for medical conditions they don’t actually have. But there are plenty more dubious health trends that make pointless or even illegal use of advancements that benefit people with real metabolic, digestive, or biomechanical problems.

So which breakthroughs developed to address legit medical needs have become inessential wellness trends? A few you might have already tried.

Developed for patients with celiac disease — an autoimmune disorder caused by a reaction to gluten, it damages the surface area of the small intestines — gluten-free diets have become hotter than pizza cheese. Between 2009 and 2014, the number of Americans following gluten-free diets more than tripled, despite the fact that the number of people with celiac disease remained stable.

“More than $15.5 billion were spent on retail sales of gluten-free foods in 2016, which is more than double the amount spent in 2011,” according to a study published in the medical journal Gastroenterology & Hepatology.

Of the 3.1 million people following a gluten-free diet, however, an estimated 72% are PWAGs, or People Without Celiac Disease Avoiding Gluten.

“Unfortunately gluten-free has become the very in thing to do now,” says Andrea N. Giancoli, MPH, RD. “Gluten-free does not mean healthy. If you think you might have gluten intolerance you need to discuss it with your healthcare provider.”

Gluten is a protein found in grains such as wheat, barley, and rye. Because these grains are common in the American diet, gluten-free diets are highly restrictive, difficult to follow, and often unnecessary. Gluten-related diseases are rare, affecting less than 1 percent of the U.S. population. 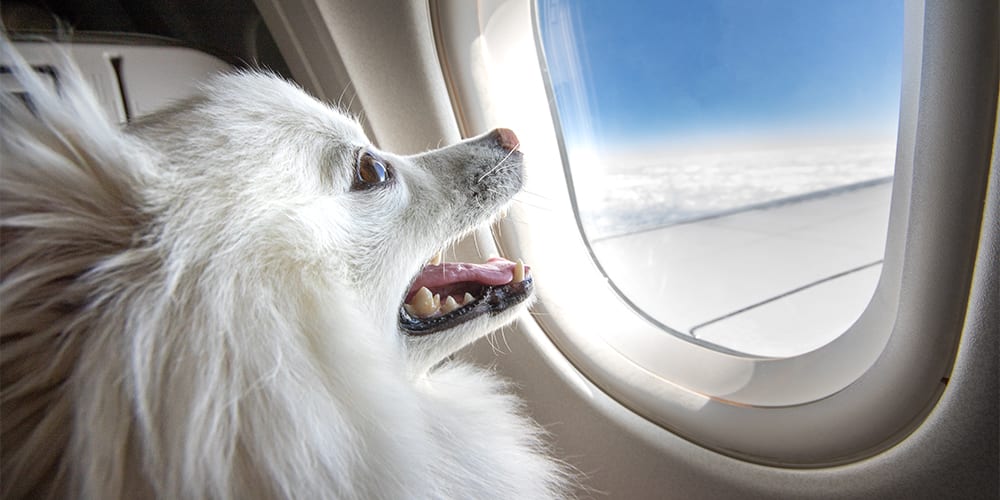 People are bringing their pets everywhere these days — grocery stores, bars, classrooms, airplanes — under the “legal” guise of psychiatric necessity. But recent years have seen an explosion in the abuse of vaguely written federal laws governing reasonable accommodation for service animals. Increasingly, people are bringing pets into places where they’re not normally allowed by fraudulently claiming a need for emotional support.

According to the National Apartment Association (NAA), the National Service Animal Registry (a private company that sells certificates for assistance animals) registered 2,400 animals in 2011. By 2018, the organization had issued certificates for 182,030 service and emotional support animals. According to the NAA at least 20 more websites now provide the same documentation, much of which may be questionable.

The surge in claims of emotional support animals has led to backlash. More than 20 states now have laws on the books prohibiting the misrepresentation of pets as service animals.

One of hottest diet trends of the last few years is the ketogenic or keto diet. In the 19th century, the low-carb, high-fat eating plan was developed to help control diabetes. In 1920 it was introduced as an effective treatment for epilepsy in children.

Getting a boost from low-carb mania and celebrity endorsements — Tim Tebow, Kourtney Kardashian, and Halle Berry among others — the keto diet became a full-on craze in 2018, even though most people who adopt it have no medical need to do so. By severely reducing their intake of carbohydrates, their bodies begin drawing upon fat as their primary source of energy.

“The ketogenic diet isn’t easy to follow because it’s so high in fat and isn’t a high-protein diet,” says Giancoli. “We’re a nation that’s obsessed with dieting and we’ll grab onto any sort of diet that promises quick results.”

Though statistics are hard to obtain, illegal use of parking spaces reserved for people with disabilities is a nationwide problem. One of the best anecdotes comes from Donald Shoup, a UCLA distinguished research professor and co-author of the 2018 book Parking and the City. On a trip to Sacramento, Shoup noticed cars with disabled placards occupied almost all the metered curb spaces around California’s Capitol.

“I talked to one of the state troopers (who) watched all the arrivals and departures at the nearby metered spaces every day,” Shoup wrote in Access Magazine. “When I asked the trooper to estimate how many of the placards he thought were being used illegally, he responded, ‘All of them.'”

The reasoning behind saving parking spaces near the entries of buildings for people with disabilities and limited mobility is obvious. In general, we live in a caring society. This doesn’t stop thousands of people a day from parking illegally in these spots or using placards belonging to others.

Accessible parking placards — most states require a doctor to certify that a person is disabled before issuing a placard, and recipients usually are not allowed to loan them to others — are misused in a variety of ways, according to Governing. “Someone may drop off a disabled relative at the doctor’s office, then run an errand and illegally park in an accessible spot or without paying at a meter,” writes Jenni Bergal, a staff writer for The Pew Charitable Trusts. “A family member may use a placard issued to someone who has died. Or a fraudster may steal a placard or forge a doctor’s signature to get one.”

Colon flushes and other artificial procedures meant to “cleanse” the body’s waste and other systems generally fall under the broad category of “detoxification.” In colonic irrigations, gallons of water are flushed through a tube into a person’s rectum, purportedly removing toxins by eliminating hardened fecal material from the body.

According to Dr. Stephen Barrett, a retired psychiatrist and founder of Quackwatch.com, virtually none of these products or procedures are necessary because the body’s natural excretory system is more than adequate.

“Marketers suggest fecal material collects on the lining of the intestine and causes trouble unless removed by fasting, laxatives, colonic irrigation, special diets, and/or various food supplements that ‘cleanse’ the body,” says Barrett. “The falsity of this notion is obvious to doctors who perform intestinal surgery or look inside the large intestine with diagnostic instruments. Fecal material does not stick to the intestinal lining.”

“There isn’t any convincing evidence that detox or cleansing programs actually remove toxins from your body or improve your health,” says the National Institutes of Health. “Colon cleansing procedures may have side effects, some of which can be serious. Harmful effects are more likely in people with a history of gastrointestinal disease, colon surgery, kidney disease, or heart disease.”

Anabolic steroids, human growth hormone, and other substances that colloquially fall under the umbrella term “performance-enhancing drugs” were developed to treat serious medical conditions. Anabolic steroids have been traditionally used in pediatric environments to promote growth especially in males who experienced delayed puberty. Human growth hormones were developed in part to counteract a growth deficit known as hypogonadism.

Professional and amateur athletes, of course, discovered that these and other substances improved their on-field performance by allowing them to exercise longer, recover faster, and in the case of opioid-based pain killers such as the highly addictive Tramadol, “train without pain.” One study of 231 experienced young male weightlifters found that 12 percent reported illicit use of HGH or derivatives.

While the use of substances banned by various governments and athletic associations led to record-setting performances — Olympic sprinter Ben Johnson and Tour de France cyclist Lance Armstrong being the two most notorious cases — the health risks associated with them are extensive. High blood pressure, blood clots, heart attacks, stroke, decreased sperm production, acne, aggression, mania, and delusions are just some of the consequences associated with the misuse of performance-enhancing drugs.

“There is no free lunch,” says Dr. Ruben Baler, a health scientist administrator with the National Institute on Drug Abuse. “If you’re dead set on using these things you should at least understand the risks and irreversible damage to your body and your mind.”