Does Food Combining Work? Here's What the Science Says

Food combining dates back at least 5,000 years but it’s been picking up steam as of late thanks to wellness bloggers and influencers touting the ways of food combining and all of its “benefits.” Food combining fans and followers claim that if you eat by the rules, you will get optimal nutrition from your diet, better gut health, and relief from any digestive discomfort, including gas and bloating.

Who doesn’t want that?

But the truth is, the science is shaky — and we’ll dig into why. We’ll also share with you some science-backed food combinations that actually work to help you get more from your diet.

What is Food Combining?

Food combining is the belief that certain foods should (or shouldn’t) be eaten together.

This notion is originally rooted in Ayurveda, an Indian medicinal system. A key principle in this system is that each food has a cooling or heating energy and a post-digestive effect.

The Ayurvedic diet singles out incompatible food combinations — foods that when eaten together can cause or worsen digestive problems such as gas and indigestion. It goes so far as to say, “poor combining if prolonged, can lead to toxemia and disease.” If that sounds scary and a bit outrageous, your gut isn’t far off the mark.

Over time, food combining took on other forms including the Hay Diet from the 1920s, based on advice from an American surgeon, William Hay. Hay divided food into acid, alkaline, and neutral, recommending certain combinations to ward off an unfavorable acid-alkaline balance in the body.

Here are three common food combining rules and a brief explanation into why mixing these specific foods is considered problematic:

This is especially true for melon and milk. Ayurveda explains that milk takes longer to digest than melon and the stomach acid needed to digest melon could curdle the milk. Cue indigestion. Another source suggests that fruit, if eaten with other foods, will not make its way into the small intestine, leaving it undigested in the stomach to rot and become acidic, thus leading to heartburn. Examples of foods that should be eaten alone: 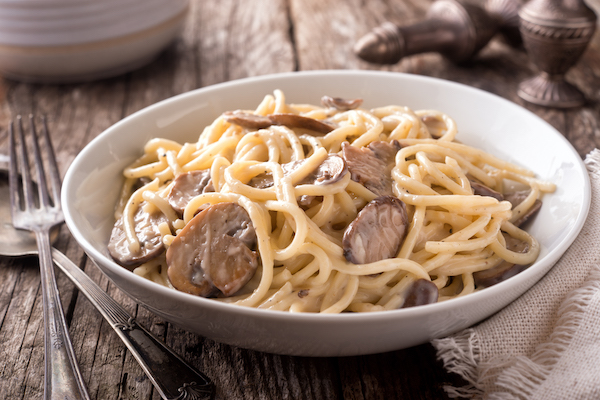 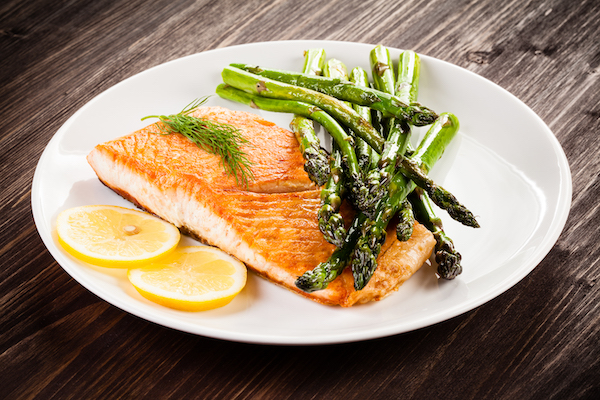 This rule applies to meat, fish, dairy, eggs, and beans. Ayurveda claims that different protein sources require different timing of digestive juices and should be eaten separately. Instead, you’re encouraged to enjoy protein with non-starchy vegetables. Examples include:

Nope. According to Elle Penner, MPH, RD from Modern Minimalism, “There is a lack of scientific evidence to support the idea that certain foods shouldn’t be combined. The same goes for eating foods in any special order. Our digestive system is smart enough to process mixed meals.”

Food combining as described above seems like sham science. They are based on four myths that we can dispel with basic biochemistry:

Food combining advocates believe that if you don’t account for how fast food moves through the digestive tract, it will lead to congestion. This simply isn’t true. Your stomach doesn’t separate food, it mixes it. The stomach is a mixing pot where all foods—meat, milk, fruit, and veggies blend and bathe in digestive juices to become chyme. Certain food combinations can change what’s in the chyme, but eventually, it all ends up in the small and large intestines.

Myth 2: Foods can change the pH of your digestive tract.

The human stomach has a pH as low as 1.5 (more acidic than lemon juice!). Because almost all foods are less acidic than that, it seems feasible that eating will change the pH. But Penner asserts, “Food combinations can’t change pH in a meaningful way. The stomach is very good at managing pH. If the pH becomes less acidic, cells lining the stomach will just squirt out more stomach acid to maintain a pH level that’s compatible for digestive enzymes to work.”

Advocates claim poor food combinations cause putrefaction, fermentation and rot by producing toxins and disrupting your intestinal flora. Rest assured, this is false. The human stomach is highly acidic not just to aid digestion, but to also keep bad bacteria in check. By the time food reaches the small intestines, it’s somewhat sterilized. The hydrochloric acid and pepsin in gastric juices can kill bacteria in less than 15 minutes if the pH is below 3.

Rot and putrefaction imply the food decomposes, but digestion happens too fast. It takes about 6-8 hours for food to move through your stomach and small intestine. By this point, you’ve absorbed 100% of carbohydrates (minus indigestible fibers) and about 95% of proteins and fats.

Myth 4: Food combinations can cause bloating and gas.

Fermentation of food in the large intestine is a major source of gas, but it’s normal and healthy. If gas and bloating are an issue, it’s not food combining, it’s the food itself. The National Institute of Diabetes and Digestive and Kidney Diseases lists foods and drinks that can make you more gas-prone, including high-fiber fruits, beans, whole grains, sugar alcohols and more. Even chewing gum, swallowing too fast, drinking soda, or doing anything that causes you to swallow a lot of air can make you gaseous.

We’ve gone over what doesn’t work, so let’s go over what does. If you feel the itch to optimize vitamin and mineral absorption, turn to these powerful food pairings instead:

1. Absorb more vitamin A with fat.

Fat helps you absorb all types of vitamin A, including retinyl esters in meat and milk, lycopene in tomatoes, and carotenoids in carrots. Fat plus raw veggies is a winning combination. You can only access 5-10% of carotenoids in raw veggies, but that figure climbs to 50% if fat is in the mix. Examples include tossing leafy greens with vinaigrette, serving baby carrots with hummus or guac and roasting tomatoes with olive oil.

Like vitamin A, vitamin K is fat-soluble and is more easily absorbed with fat. When vitamin K is in pill form, the body can absorb 80% of what’s there but your body can only absorb about 4-17% of that from food. Fat can help. Examples include cooking collard greens with olive oil or dipping broccoli into cheese.

Says Penner, “The vitamin C in lemon helps transform the iron in plant foods into a form that’s more readily absorbed.” She recommends eating plant-based iron sources such as spinach and lentils with a squeeze of lemon.

For strong bones, Penner adds “Eat calcium with vitamin D, which will enhance calcium absorption. This is why most dairy products, which are naturally good sources of calcium, are also fortified with Vitamin D.” Her recommendation is to pair vitamin D-containing foods such as salmon, tuna or eggs with calcium-rich foods like broccoli, kale and edamame. 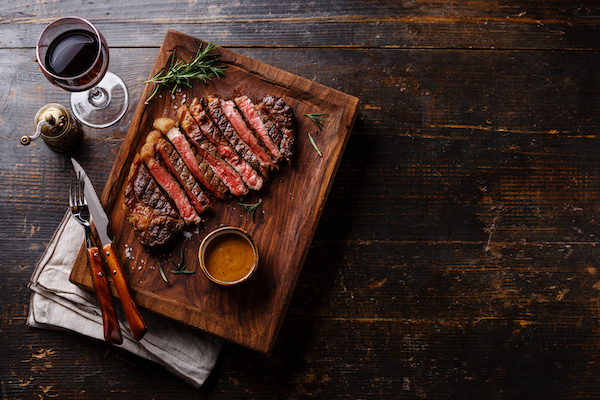 Read: eat steak with wine. The polyphenols in a glass of wine can help you absorb more zinc when paired with a meat source such as red meat. We’re leaving you with this as the final food pairing to try, so you’re welcome! If you’re a visual learner, check out the chart to compare traditional food combinations with science-backed ones.