Got a Food Allergy? Try These 9 Savory Swaps! 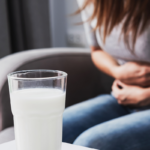 I first learned I had a shellfish allergy when I chowed down on shrimp cocktail at a party, and within minutes developed a swollen face to rival Rocky’s. A skin-prick test at an allergist confirmed it: Unless I wanted to keep providing a unique brand of party entertainment, shellfish was off my personal menu. Those of us with food allergies — and our numbers are rising — have two concerns:

1. Let’s never scare our friends like that again.
2. Do we really have to give up crab cakes and paella (or ice cream, focaccia, or omelets) forever?

The answer: If those foods contain the allergen that bothers you, probably yes. The good news: There are many novel ways to replace the foods and flavors we’ve been denied by our bodies’ immune response.

“While almost any food can trigger an allergic reaction, there are nine foods that cause the majority of them,” says Rachel Begun, MS, RDN, a registered dietitian nutritionist in Los Angeles who specializes in solutions to food allergies. Here are the nine most common food allergies and their tastiest swaps.

Milk is one of the most common food allergens, according to the American College of Allergies, Asthma and Immunology (ACAAI). Most people outgrow it before graduating high school; some never do.

It’s caused by a sensitivity to milk protein, which may be triggered by milk from cows or other animals, including goats and sheep. This shouldn’t be confused with lactose intolerance, which is the inability to adequately break down the sugar found in milk.

Swap it with: Your grocery store’s dairy section may look different — and a lot bigger — than it used to. It’s no illusion: Today, there are myriad of substitutes for cow’s milk, including almond, soy, coconut, rice, oat, and hemp. You can use them as a beverage, a cereal or coffee companion, or for cooking, depending on your flavor preference.

“Many recipes these days call for ‘milk of choice,’ and that’s a great thing,” says Begun. “It’s important to note, though, that alternative milks do not provide a nutrition profile equal to milk, so they are not an equivalent nutrition replacement.”

Egg allergy is caused by a sensitivity to the protein in egg yolks or whites, says the ACAAI. It can cause rashes, hives, and what others might consider an irrational fear of brunch.

Swap it with: For baking, you can use a commercial egg replacer or mix one tablespoon of flax meal with 3 tablespoons of water, says Begun. Don’t try those for scrambled eggs or omelets, though. “For making alternative omelets, scrambles and frittatas, you’ll want to buy a plant-based alternative like Just Egg,” she says. Another option would be a tofu scramble; just add ground turmeric, nutritional yeast, and spices of your choice. 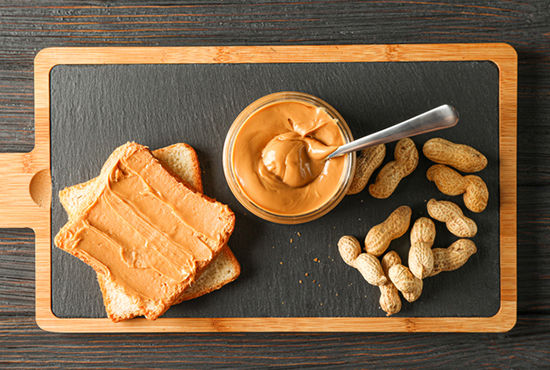 Peanut allergies, the most publicized food allergy on the planet, are on the rise. With reported incidents in children increasing 21 percent between 2010 and 2017, it’s estimated that 2.5 percent of children now have a peanut allergy. Scientists aren’t sure why, but one thing is for certain: You want to avoid this legume if you’re allergic, as it can cause a deadly reaction called anaphylaxis.

Swap it with: “The best alternative to peanut butter is sunflower butter, as it best mimics the taste and texture,” says Begun. “If peanuts are added to a recipe as a textural topping, a variety of seeds can be used.”

But exercise caution when swapping peanuts with tree nuts. “I would only recommend using a tree nut as an alternative if you know 100 percent that you don’t also have an allergy to tree nuts,” says Begun. The ACAAI says between 25 percent and 40 percent of those who are allergic to peanuts also react to at least one tree nut, so consult your healthcare provider or an allergist if you’re not sure.

Soy products are derived from soybeans. Like milk and eggs, these legumes contain a protein that can cause the immune system to overreact, eliciting an allergic response. This could include a rash, stomachache, or runny nose, the ACAAI says.

Swap it with: Skipping soy milk is easy; you can use any number of alternative milks. “If you’re looking to replace soy-based tofu or soy-based tempeh when they are the primary protein ingredient in a cooked dish, meat, poultry, and fish are good options,” says Begun.

For non-meat-eaters, mushrooms, cauliflower, and beans — while substantially lower in protein — can also stand in. Soy sauce can be replaced with liquid aminos, balsamic vinegar, or a sauce labeled soy-free.

“If soy protein is used in a packaged product like a protein powder, instead look for options that contain pea protein, chickpea protein, or whey protein,” says Begun. Just avoid whey protein if you’re allergic to milk. (Openfit Plant-Based Nutrition Shake, for instance, contains 20 grams of pea protein per serving.)

Wheat, a gluten-containing grain, is a double allergy threat. Some people are allergic to wheat protein, while others need to avoid wheat because of celiac disease or gluten sensitivity. Those conditions often cause what is politely referred to as “digestive upset.”

Swap it with: Luckily, “there are so many gluten-free or wheat-free options to choose from,” says Begun. “Gluten-free and wheat-free all-purpose flour blends can be used for baking. When it comes to other wheat-containing products, like breads and pastas, choose certified gluten-free options.”

Unfortunately, they also can cause allergic reactions ranging from mild (a runny nose) to life-threatening (anaphylaxis). And if you have a tree nut allergy, it’s usually for life — less than 10 percent of those afflicted outgrow it, according to the ACAAI.

Swap them with: Seeds are good options to mimic the nutrition and textural characteristics of tree nuts, says Begun. Opt for sunflower, pumpkin, and hemp. One caveat: Sesame seeds are a common allergen, so you may be sensitive to them as well (more below).

With a shellfish allergy, the familiar culprit is a protein the body thinks is an invader. In response, the immune system overproduces histamine, which can cause reactions ranging from mild (swollen eyes and an itchy mouth) to severe (anaphylaxis).

According to Food Allergy Research & Education (FARE), shellfish allergy is the most common food allergy in adults. Of those with a shellfish allergy, 60 percent experience their first reaction in adulthood (like I did).

Swap it with: “If you’re looking to replace shellfish for its lean protein content, then you’ll want to use poultry or beans in its place, but these won’t really mimic its cooking properties,” says Begun. “If you’re looking to mimic the taste and texture of shellfish, there are plant-based alternatives. Several companies now make plant-based shrimp and crabmeat products.” 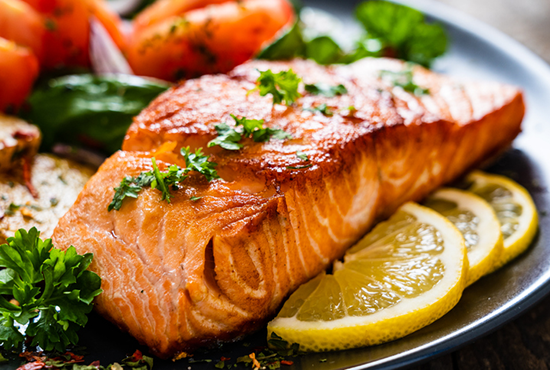 According to FARE, salmon, tuna, catfish, and cod are the most common fish allergies. Fish and shellfish allergies aren’t usually related, so being allergic to one doesn’t necessarily mean you’re allergic to the other.

Swap it with: “If you’re looking for a nutrition profile similar to fish, choose lean cuts of poultry and meat for their protein content,” says Begun. “If you’re looking for the healthy-fat profile, particularly omega-3s, plant-based alternatives include walnuts and flax seeds [though they’re the ALA variety, versus the EPA and DHA in fish]. If it’s the taste and texture you’re looking to replicate, there are plant-based fishes on the market that mimic canned tuna, fish burgers, crab cakes, and fish cakes.”

It’s a classic backyard-barbecue debate-slash-battle: Do we get the hamburger buns with sesame seeds or without? (FWIW, Julia Child said definitely with.) Next time you host, you might want to offer both (and skip sesames in the salad): According to FARE, sesame allergy is the ninth-most common allergy in the U.S.

Swap it with: In terms of recipes, good replacements for these small, crunchy seeds include hemp seeds and poppy seeds, which are similar to the size and texture of sesame. “You can also chop up sunflower seeds to mimic the smaller size,” says Begun.