Is Fonio the Next-Next Super Grain You Should Be Eating?

It happens all the time. Just when we thought there couldn’t possibly be another vegetable to top kale, along came cauliflower. And when we’d tried every alternative to cow’s milk, oat milk stepped into the spotlight. Now, when we’re all quinoa‘d to the gills, here comes fonio to save our taste buds from boredom.

According to Whole Foods, this grain is one of many African foods that is going to dominate the food scene this year. So get to know fonio and why you may want to add it to your bowl repertoire.

Like quinoa and farro, fonio is an ancient grain, which means it’s been scarcely changed by selective breeding throughout history. For thousands of years, the crop has been cultivated in West Africa, where it’s consumed like rice, turned into cakes like polenta, or made into a Malian dish called Djouka with peanuts.

Although fonio is a variety of millet, most say it tastes like quinoa and couscous had a baby. It’s nutty, earthy, and shaped like little pebbles. But don’t be deceived by its small stature: When you cook it, fonio almost doubles in size.

What Are the Benefits of Fonio? 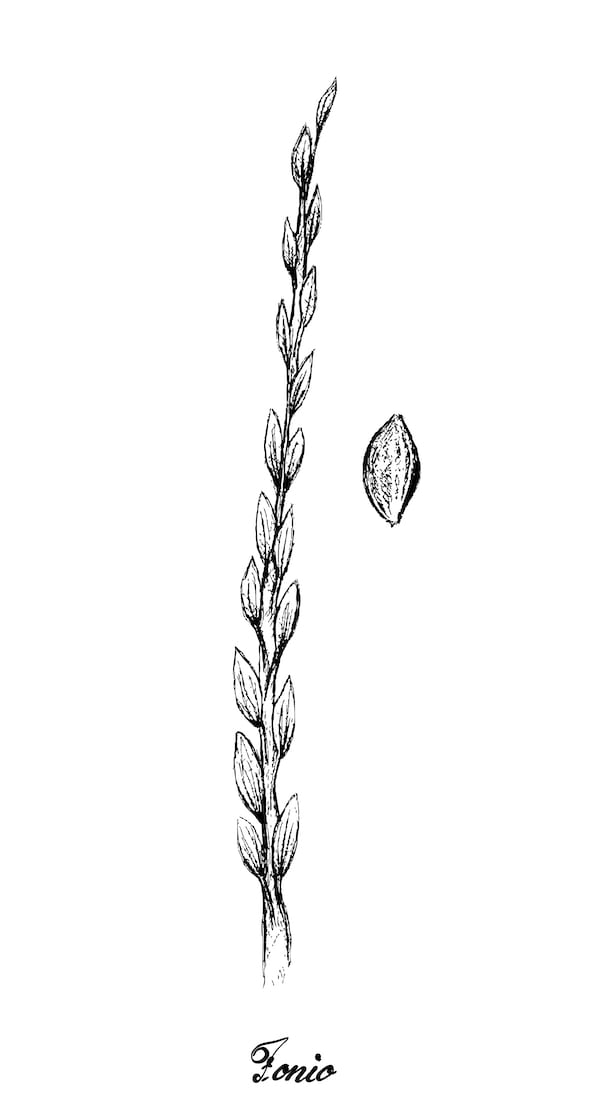 Fonio offers several nutritional benefits, mainly because it’s a whole grain. “Since it hasn’t been processed, you are getting the complete array of nutrients,” says Libby Mills, MS, RD, LDN, FAND, a national spokesperson for the Academy of Nutrition and Dietetics. Here’s what that means for you.

Since fonio doesn’t contain gluten, those with celiac disease or gluten sensitivities can dig in without worry.

Fonio is high in several amino acids, a.k.a., the building blocks of protein. “Amino acids are also important to support your health,” Mills adds.

3. It may support healthy digestion

Thanks to its inventory of resistant starch, fonio may benefit gut health. Our bodies can’t break down this type of fiber in the upper intestine, so it passes into the large intestine where it acts as a prebiotic: The bacteria in our gut ferment the resistant starch, which is believed to create an environment conducive to healthy bacteria.

Fonio scores low on the glycemic index. This means it takes longer to digest and is less likely to cause spikes in blood sugar when you eat it. This could help you feel fuller longer. “It may also give you energy for a longer period of time,” Mills says.

Per 1/4 cup of dry grain, fonio breaks down as follows:

Fonio is also a source of the minerals copper, magnesium, molybdenum, and zinc.

How to Eat Fonio

Like most whole grains, there are many ways to enjoy fonio. “It can be used like oatmeal as a breakfast cereal with fruit and maybe a drizzle of milk,” Mills says. “It can also lend itself toward savory combinations, like a side salad mixed with herbs, spices, chopped vegetables, and vinaigrette.” You can serve it warm or cold and even make desserts with it.

Fonio is easy to cook: You simply bring 1 cup of water to a boil, then add ½ cup fonio and a pinch of salt. Stir, then cover with a lid. Cook for about 1 to 2 minutes, then remove from the heat and let rest for about 5 minutes. Fluff with a fork, and you’re ready.

Here’s a sampling of recipes to try:

Where to Buy Fonio

Fonio is still new to the mass market, so although some retailers (including select Whole Foods locations) may carry it in their African section or with other grains, the best place to buy fonio right now is online. Due to concerns about increasing demand for fonio leading to exploitation of farmers and communities in Africa, it’s best to support small companies like Yolélé, which focuses on helping smallholder farmers and the villages in which they live. 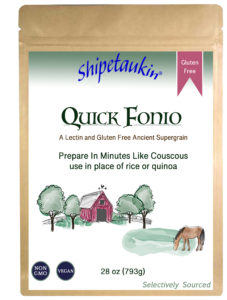