Is Your Wearable Feeling the Burn? Examining the Accuracy of Fitness Tracker Calorie Counters

Wearable fitness trackers with calorie-burn counters, like those on the Apple Watch and Fitbit, can be a great workout motivator. But can they be relied on to be a weight-loss wingman?

Looking for a foolproof way to burn some calories? Try Openfit’s 600 Secs program, a 10-minute full-body workout, for free today!

Watching What’s On Your Wrist

In a new study published in the August 2019 International Journal of Environmental Research and Public Health, German researchers evaluated how well five brands of commercially available fitness trackers measured oxygen uptake (i.e., VO2max) and energy expenditure (calories burned) in a group of exercisers, compared to lab-grade technology. The scientists found that the wearables overestimated calorie burn by 14 to 23 percent.

Those findings reinforce a 2017 study at the Stanford School of Medicine, in which researchers looked at seven popular fitness trackers:

The researchers found that, on average, the trackers were reasonably accurate when measuring heart rate, but wildly ineffective at estimating calorie burn. Here are the details:

“The heart rate measurements performed far better than we expected,” said Euan Ashley, a professor of cardiovascular medicine at Stanford. “But the energy expenditure measures were way off the mark. The magnitude of just how bad they were surprised me.” 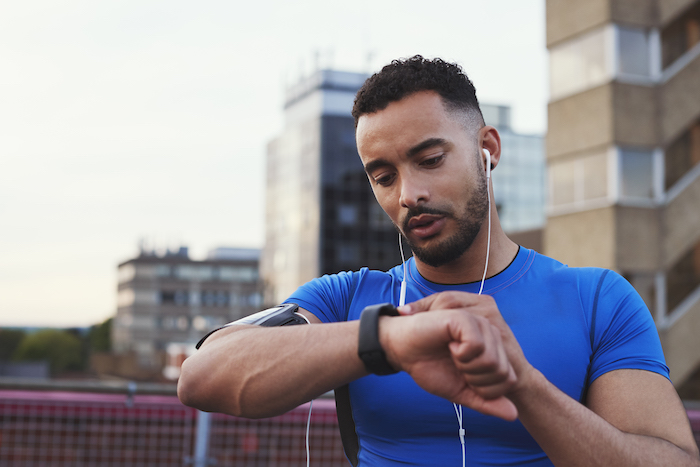 The Heart (Rate) of the Matter

They found the devices accurate for heart rate, but “estimates of energy expenditure are poor and would have implications for people using these devices for weight loss.”

“Calorie counters are never particularly accurate,” says Tamara Jones, a NASM-certified personal trainer and owner of The Pilates Circuit in New York City. “It’s incredibly difficult to consider all the complicated elements of burning a calorie.”

Jones encourages her clients to wear trackers for other reasons:

When used this way, “whether or not the calories are correct doesn’t matter too much,” she says. “You can see if you upped your activity or intensity from the day or week before to gauge your own progress.”

“Fitness tracking devices seem to be generally accurate enough to help people achieve their fitness and wellness goals, but there are some metrics that they are more accurate in measuring than others, and it depends on what you’re assessing,” says Jim White, ACSM, HFS, RD, owner of Jim White Fitness and Nutrition Studios in Virginia.

Here are a couple of factors that may hinder those calorie-burning metrics.

White points out that the 2017 Stanford study found device error was higher for males, people with a larger body mass index, or darker skin tone, and when subjects were walking.

The issue with skin color: Most wearables use green light to monitor heart rate, which is absorbed more by dark skin than light skin. The Apple Watch uses a mix of green and infrared light.

Researchers aren’t certain why the devices, as a class, haven’t gotten calories right yet. The human body’s pesky complexity is likely responsible.

“There are a number of variables that govern how many calories we can burn — from age to hormone levels that can change daily,” says Steve Harper, an editor, and director for the health-tech review site Well Professor. “These variables can’t be taken into account by the wearable, so they are already at a disadvantage. All the wearables can only provide an estimate of the calories burned. Even in lab situations, it’s still based on a calculation and extrapolation of what we think the body is burning.” 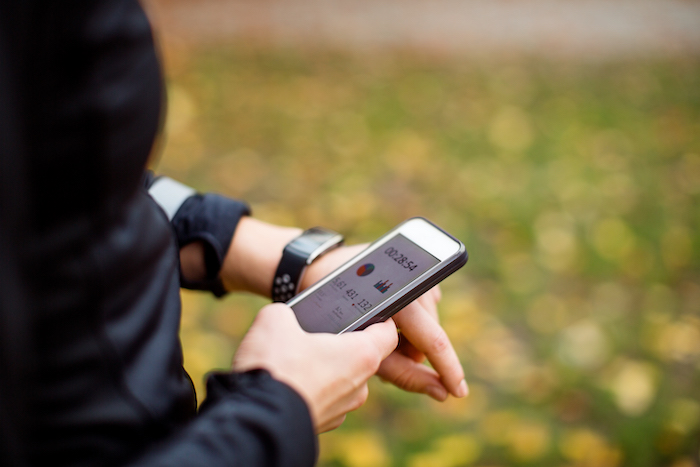 Ultimately, “I would say that fitness trackers are useful overall, but I wouldn’t go trusting those numbers as fact,” says Jones.

She uses Google Fit’s Daily Steps and Heart Points on her phone, which measure the number of footfalls taken and minutes of moderate exercise done that day. “Keep it simple,” she says. “The simpler, the better.”

5 Reasons Why Your Knees Pop, Plus Tips to Keep Them Healthy

Ever found yourself wondering: "Why does my knee pop?" We rounded up the most causes of knee popping, and h...