Are Egg Yolks Bad for You After All? 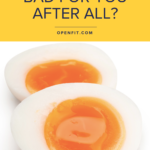 For years, it looked like egg yolks were no longer disinvited from the breakfast table. After decades of warnings over the amount of cholesterol in yolks, researchers reversed course: Studies suggested that dietary cholesterol had a minimal impact on blood-cholesterol levels and touted the nutritional benefits of egg yolks (fat-burning choline, bone-building Vitamin D). In 2016, the federal government’s Dietary Guidelines even lifted the recommended daily limit on eggs. The message was — eat up!

But recently, headlines tease a different story. A study published in March of 2019 in the Journal of the American Medical Association found that egg-yolk consumption was correlated with heart disease — and death by any cause. It was the exact opposite news we were accustomed to hearing. And just like that, some of us started staring at our sunny omelettes and breakfast scrambles with mild separation anxiety.

So what’s the bottom line: Are egg yolks healthy or not? We asked several top nutritionists about the JAMA study. They gave us their take on how many eggs — and what parts — belong in your diet.

In a 2015 issue of the journal Nutrients, Donald J. McNamara, Ph.D, (a former Executive Director of the Egg Nutrition Center) noted that only one food has ever been officially restricted in the pursuit of cardiovascular health: the egg.

Eggs have the seventh-highest cholesterol level among all foods (186 mg per large egg), and it’s almost entirely in the yolk. In 1968, the American Heart Association recommended that Americans consume no more than 300 mg of cholesterol per day, and no more than three egg yolks per week. The prevailing belief was that consuming cholesterol-rich foods raised blood cholesterol, potentially clotting arteries and leading to heart disease.

But ensuing decades of research failed to support that assertion. Scientists found that saturated fat — not cholesterol — was the primary culprit in raising “bad” blood cholesterol levels. “Research has shown that most of the cholesterol in our body is made by our liver — it doesn’t come from cholesterol we eat. The liver is stimulated to make cholesterol primarily by saturated fat and trans fat in our diet, not dietary cholesterol,” said Anthony Komaroff, MD, editor-in-chief of the Harvard Health Letter.

One large egg has 5 grams of fat and 1.6 grams of saturated fat; 99 percent of both are in the yolk. Today, the AHA recommends capping your saturated-fat intake at 13 grams a day for a 2,000 calorie diet. So even eating a couple of yolks daily leaves plenty of wiggle room. And as late as 2018, studies found that the cholesterol in eggs was not well absorbed by the body and had a negligible effect on blood cholesterol in men and women.

Why Is Everyone Freaking Out About Eggs Again?

“The JAMA study is saying that there is an increased risk for all-cause mortality and a mortality from heart disease with even half an egg yolk of consumption per day. And it’s kind of a dose-dependent response: The more you eat of the egg yolk, the higher the risk,” says Dana Hunnes, Ph.D, RD, MPH, senior dietitian at Ronald Reagan UCLA Medical Center and an adjunct assistant professor at the UCLA Fielding School of Public Health. “But that begs the question: Is this a twofold or threefold increase? It wasn’t a significantly huge risk.”

Hunnes is vegan, but she wouldn’t tell a patient who eats one egg yolk a day to stop because of the new study. She warns against demonizing cholesterol, which is not exactly an alien life form. “Our body naturally contains cholesterol, because cell walls are constructed of cholesterol,” she says. “So should you completely eliminate cholesterol from your diet? I think the jury is still a little bit out on that.”

Other experts agree the JAMA study was far from conclusive or prescriptive. “Yes, you can eat eggs — we are both having them for breakfast today,” say Lauren Slayton, MS, RD, and Carolyn Brown MS, RD, of Foodtrainers NYC. “This latest egg study published in JAMA was a pooled analysis. This means that data from various studies were pooled and hypotheses developed, and that’s all you can do from this data. You can’t draw broad conclusions without a controlled experiment.”

Slayton and Brown point to a similarly formatted study that suggested hormone supplementation decreased women’s risk of heart disease. “This was turned on its head with actual experiments. More often than not, conclusions from these pooled studies do not hold up in controlled experiments,” they say.

The JAMA study was based on periodic questionnaires, not daily food diaries. Slayton and Brown use both in their practice and see how questionnaires, which they give at initial visits, often don’t reflect here-and-now reality: “That’s like drawing conclusions about someone’s fashion sense by what they wore decades ago.”

“The study really was just a snapshot in time, of where the subjects were in their diets,” says Openfit Nutrition Manager and Registered Dietitian Andrea N. Giancoli, MPH, RD. “There may have been other confounding factors related to why they had a higher risk of cardiovascular disease and all-cause mortality. Certainly the study is not something we should ignore. But we don’t need to jump to conclusions and say, ‘OK, no eggs ever, anymore.'” 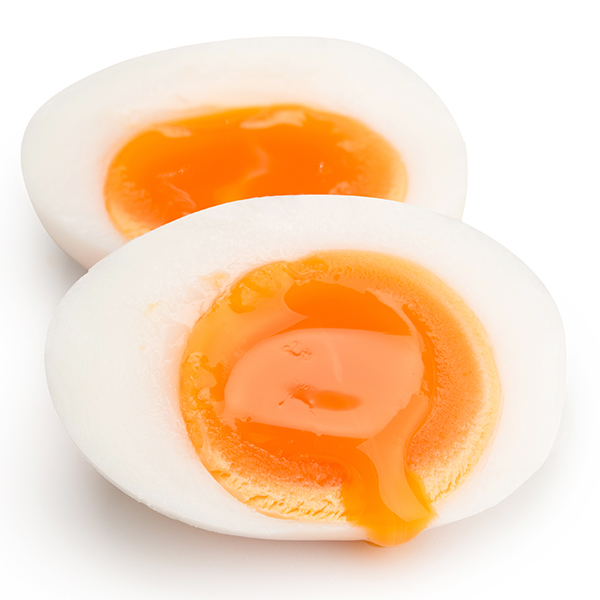 One large egg has only 72 calories but 6 grams of protein, which is essential for building and maintaining the lean muscle that keeps your metabolism humming and body fat down. The majority of that protein in is in the white, another reason why egg yolks were considered disposable for years.

Yolks have several vitamins, including A, B2, (riboflavin), B6, B12, and D (which the body does not make naturally). The yolk also boasts the majority of an egg’s tally of minerals like calcium, iron, phosphorus, zinc, and thiamin.

“Egg yolks contain a lot of vitamins, so are you going to lose out if you skip the yolk and you’re not taking a multivitamin? That’s possible,” says UCLA’s Hunnes.

The fat and protein in yolks makes yolk-inclusive dishes more satiating — that could cut down on snacking later — and speeds the absorption of some vitamins. “I usually say, ‘Do not take out the egg yolks,'” says Amy Shapiro, MS, RD, CDN, of Real Nutrition NYC. “Because when people take out egg yolk, they start looking for another source of flavor. That’s when they start adding cheese, which is pretty much void of nutritional benefits, give or take some calcium and a little bit of protein. Egg yolks have B and D vitamins, and choline — all these really great nutrients.”

Egg yolks are particularly rich in choline, an essential nutrient that has gotten a lot of buzz in the last few years. Choline helps the body burn fat and is important for brain development and memory. The yolk also delivers carotenoids like lutein and zeaxanthin, which are essential for eye health and guard against macular degeneration as we age.

So Are Egg Yolks Bad for You?

Ultimately, the dietitians we spoke with said the JAMA study hadn’t caused them to modify their previous recommendations — one egg yolk a day, on average, or a weekly quota of about six or seven. (That means you could eat two on one day, and none the next.)

Giancoli says her recommendation is to prepare eggs using one whole egg, plus additional whites, in a scramble with plenty of vegetables: spinach, tomatoes, onions, and mushrooms. If you do want to go egg-whites-only, Shapiro also advises that you pile on the vegetables, or supplement with one-quarter of an avocado (what she recommends as one healthy serving, not the half-fruit you’ll get in a restaurant). It could be spread on a piece of whole-wheat or rye toast, if you’re craving grains.

But experts agree that the worst-case scenario would be to overreact to the egg study with substitutions that actually aren’t healthy at all, which is all too common these days. “Take the study with a grain of salt, but also look at your other eating patterns,” says Shapiro.

“There are so many other health concerns out there,” she continues. “Saturated fat intake is very important in terms of raising our cholesterol. And we know we shouldn’t eat red or processed meat more than twice a week for colon health, but today everybody’s putting bacon in everything, because they’re paleo.”