The Dukan Diet: Everything You Need to Know 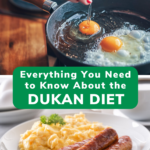 Created by French dietitian Pierre Dukan in the 1970s, the Dukan Diet was introduced to the public in 2000. Like many diets, it has had its celebrity devotees: Kate Middleton and Jennifer Lopez have reportedly been among them. But compared to trendier eating plans like keto and paleo, it’s flown somewhat under the radar in the U.S.

Here’s everything you need to know about it, whether it works, and whether it might be right for you.

For more diet and nutrition information check out Openfit’s programs. From custom meal plans to unique nutrition guides, you can stay on-track. Try it free today! 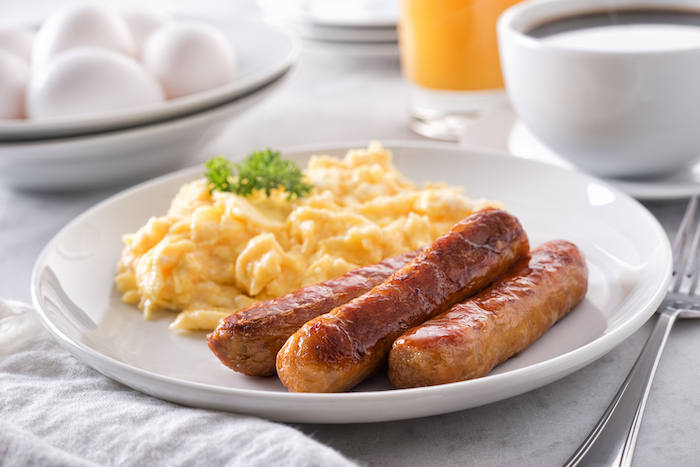 What Is the Dukan Diet?

“The Dukan Diet is a high-protein, low-carb weight loss diet that claims to result in rapid weight loss without hunger,” says Ellen Albertson, Ph.D, R.D., a registered dietitian and psychologist based in Vermont.

As with Atkins and keto, the goal of the Dukan Diet is to put your body into ketosis. Ketosis is when your body burns fat for fuel instead of carbs, theoretically causing you to lose weight.

There are three fundamentals of the diet — lean protein, oat bran, and a daily 20-minute walk — and also a whole bunch of rules.

How Does the Dukan Diet Work?

There are four phases to the Dukan Diet. The length of each phase depends on how much weight you need to lose.

• Cruise phase (one to 12 months): Choosing from a list of 68 proteins and 32 vegetables, you would alternate pure protein days with protein and vegetable days, while taking 2 tablespoons of oat bran daily. You could eat as much as you liked.

• Consolidation phase (five days for every pound lost in the first two phases): You would continue to eat unlimited lean protein and veggies while reintegrating previously forbidden foods (such as fruit, starchy foods, carbs, and fats), and taking 2.5 tablespoons of oat bran daily. 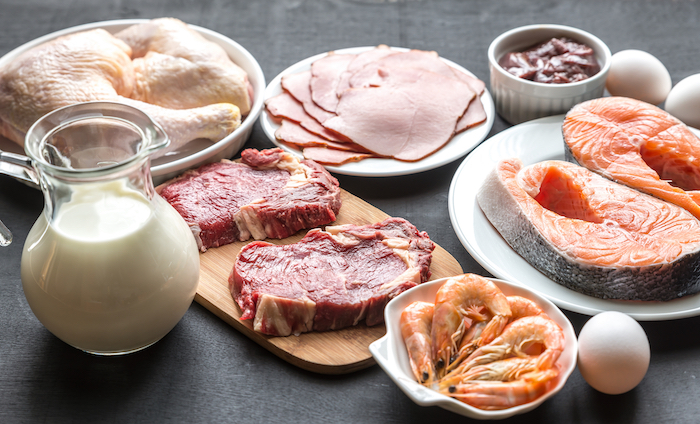 What Do You Eat on the Dukan Diet?

According to the Dukan Diet website, 100 foods are allowed on the program. They include:

• Fish like salmon, halibut, herring, mackerel, sardines (fresh or canned), sea bass, and tuna (either fresh or canned in water).

• Shellfish such as clams, crab, lobster, oysters, and shrimp.

During the Attack and Cruise phases, certain foods are forbidden, such as: 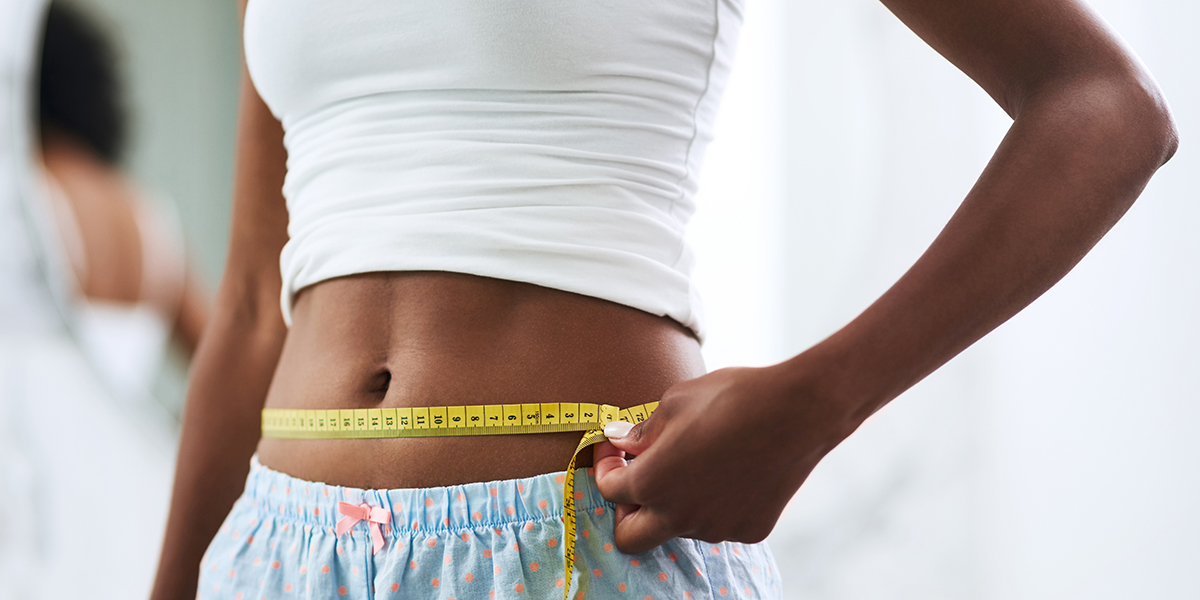 How Much Weight Can You Lose on the Dukan Diet in a Week?

The Dukan Diet claims you can lose 10 pounds in the first week and two to four pounds each subsequent week.

No clinical trials have assessed the effectiveness of the Dukan Diet. There haven’t been many research studies on the diet, either. One study conducted at a university in Poland in 2015 assessed 51 women who were on the diet, which had become popular in that country. The study subjects lost 33 pounds, on average, in 8 to 10 weeks.

But the researchers warned against the diet, noting that fruit and vegetable consumption was low, and some of the women were found to have low levels of vitamin C and folates: “Many nutritional abnormalities were found in women on the high protein Dukan diet,” they wrote. “Adopting this diet in the long term may pose health threats through acquiring kidney and liver disease, osteoporosis, and cardiovascular disease.”

Is the Dukan Diet Sustainable?

With its all-you-can-eat approach, the Dukan Diet could help you feel satiated, which is key to successful weight loss. But its exclusion of entire classes of foods concerns experts.

“Long term, phase 3 is somewhat sustainable; however, stages 1 or 2 may not be healthy in certain individuals — particularly those predisposed to disordered eating — as stages 1 and 2 have very rigid food rules,” says Brocha Soloff, R.D., C.D.N., a registered dietitian based in New York City.

“Overall, eating lots of non-starchy veggies with lean protein, and oat bran for an added fiber boost, is great for weight loss,” Soloff says, “but in terms of long-term sustainability and health, it might be more valuable to do a diet that allows a balance of whole grains in moderation from day one.”

Is the Dukan Diet Healthy?

“It is not healthy, and I don’t recommend it,” says Albertson. “These types of diets are generally not sustainable in the long term and can create a vicious diet-followed-by-binge cycle and increase the risk of eating disorders. Plus, you feel like crap when you cut out all carbs.”

In its annual Best Diets issue, U.S. News and World Report‘s team of experts gave the Dukan Diet 1.9 stars out of four, giving it particularly low marks for ease of following, nutrition, and safety.

“Experts couldn’t get past the fact that Dukan bans entire food groups, namely grains and fruit, which might put you at risk for nutritional deficiencies,” the magazine reported. “‘It is opposite the recommendations for a healthy diet,’ one panelist said. For nutritional completeness, experts rated the plan well below average.”

That nutritional completeness is key — the ideal diet should provide you with all the nutrients your body requires, not just for keeping weight off but for maintaining your health. 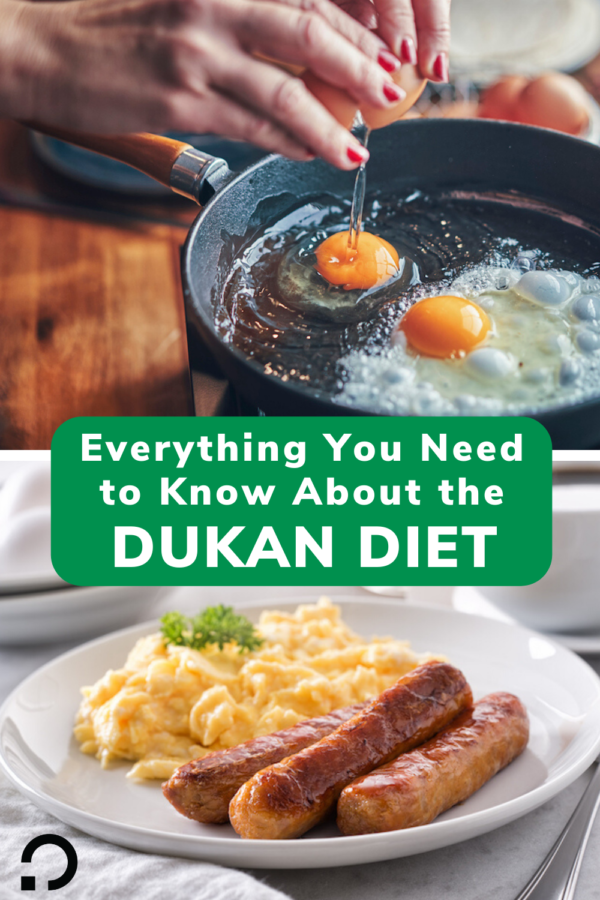