A Day in the Life of an Openfit Live Trainer

A 4:45AM alarm sounds in South London. It’s a new day in Openfit Live trainer Alasdair‘s part of the world. There are teammates to motivate, gym hours to clock, and friends to catch up with later in the evening.

An elaborate combination of rented city bikes and scooters — maybe a train or bus along the way — will have him cruising throughout London until later that night when he returns home exhausted, but fulfilled. This is a man who is meant to move, and he can’t help but collect fans at every stop along the way.

You can try Openfit Live — along with all our on-demand and nutrition programs — for free! Start here now!

From special effects to gym sets 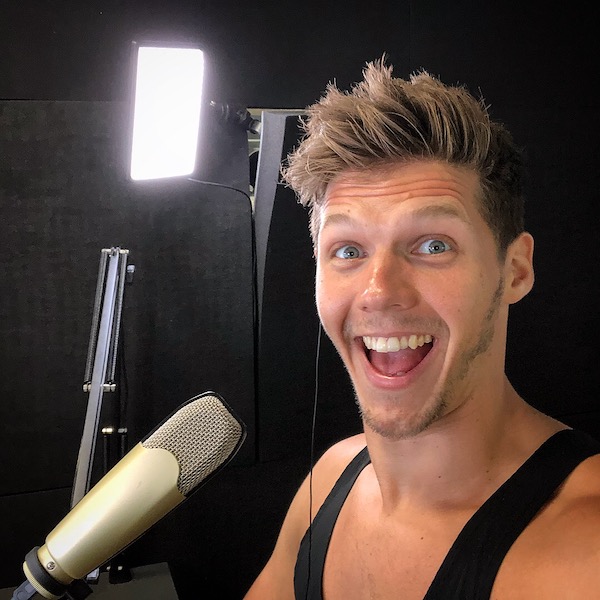 In a flip-the-script fashion, this whole fitness thing started as a hobby for Alasdair. While he was putting his engineering degree to work creating special effects for box-office behemoths like Star Wars, Batman, Thor, and X-Men, he decided to offer a free bootcamp in the park.

His passion was contagious and his natural talent for motivating people around him turned heads. So much so, that he was discovered by Openfit. It wasn’t hard to convince Alasdair to say goodbye to Hollywood, become a certified trainer, and join the team.

Now, Alasdair has a whole lot more than a park full of movers and shakers appreciating his talents. He has loyal followers spanning the globe from Europe to the West Coast of the United States, which is something that humbles him and makes him want to work harder.

Hard work is something Openfit trainer, Jennifer, has in common with him. As Alasdair is wrapping up his Openfit classes in the London office, she’s waking up in South Lake Tahoe, California, after a good night’s sleep. A must — along with proper nutrition and regular exercise — she believes. After all, if she’s going to motivate and encourage people to be their best selves, the only way for her to do that is by living a life of example, and being present for the people who come before her.

Calm, focused, and ready to work

Though it’s only 4AM in California, it’s time for this single mom’s first of many meditation practices for the day. Before she’s even out of bed, she focuses on how she can best be of service to whatever her teammates need most this day.

She completes her seven-minute commute and re-grounds herself in the Openfit Tahoe office, where she will be doing her teaching for the morning (and afternoon if she’s covering any other trainers’ shifts that day).

It’s clear this self-proclaimed spiritual yogi feels like she’s found her life’s rhythm. “I’ve walked a million miles to this place,” she says. And not just because she’s raising her 15-year-old son in a place where they can spend late afternoons and weekends hiking through redwoods, paddle boarding on crystal clear waters, and skiing through crisp mountain air. It’s because the work she does — from training to yoga program planning — is truly impacting peoples’ lives.

It’s her ability to help others to slow down and focus on succinct, precise input that gives her teammates the edge to make corrections and dive deeper into their poses and practice. Jennifer has been pleasantly surprised to discover that training through Openfit has helped her build a more engaged and interactive community than she did through her in-person group classes in the past. Because of that, her work feels more impactful.

“We’re always really hard on ourselves. I see people beat themselves up a lot. I have the opportunity to tell them, ‘You’re doing the best you can. You’re setting the stage for a habit. Sometimes life gets in the way, but you can come back tomorrow.'” And because she believes what she’s saying, her teammates do too.

Over in Austin, Texas, Openfit trainer, Liana, swigs down her coffee and grabs a bite for breakfast as she juggles everything that needs to happen to get her kids out the door. Hopping in her car, she quickly turns the news off and the music up. It turns out that singing (off-key, she points out) while she drives into the Openfit Austin office makes for a much more positive mindset as she starts her day.

As the clock strikes 9AM, Liana turns on her disarming, encouraging style — the one that’s come naturally to her since teaching kickboxing as a teenager — and stands in front of her screen. As classmates start to log in and turn on their cameras (which makes the whole experience so much more authentic, Liana believes), she taps into her insane ability to remember names and faces, and greets her first Openfit teammates of the day.

Liana thrives here. She’s the type of person people immediately trust. She also happens to love helping people! When she started college, she assumed she’d study her way to a career in psychology. But she quickly shifted psychology to her minor when she discovered the power of exercise science. “We’re made to move,” she explains. And in her experience, exercise is the secret to a healthy mind and body.

Her career has gifted her with a wide range of interesting experiences — both on the personal training and administrative sides of the fitness business. Her role at Openfit hits the sweet spot of her talents and passion. Not only does she love creating the workouts (yes, you have her to thank for that last round of Russian Twists!), she still gets time to train and connect with the community.

When you’re coaching, but not there physically in person, you have to make some adjustments to your teaching style, Liana says. “You can’t physically help them into a correction. It’s a really fun challenge as a coach to hone your verbal cuing skills.”

Another great thing that comes from live group fitness training? Cheering people on toward their goals — en force. “When I’m teaching a big class and I see someone is about to reach a personal goal, I’m able to make it all about them. All these people from every corner of the world join me in cheering on the individual. It’s great motivation and a community-building moment for the entire group.”

Not long after Liana has shifted over to her administrative role, Openfit trainer, Mary Beth, arrives at “The Mothership” in San Francisco. By 1:30PM, she’s already worked one-on-one with a number of clients at a local gym, and now has four hours of teaching Openfit classes ahead of her. 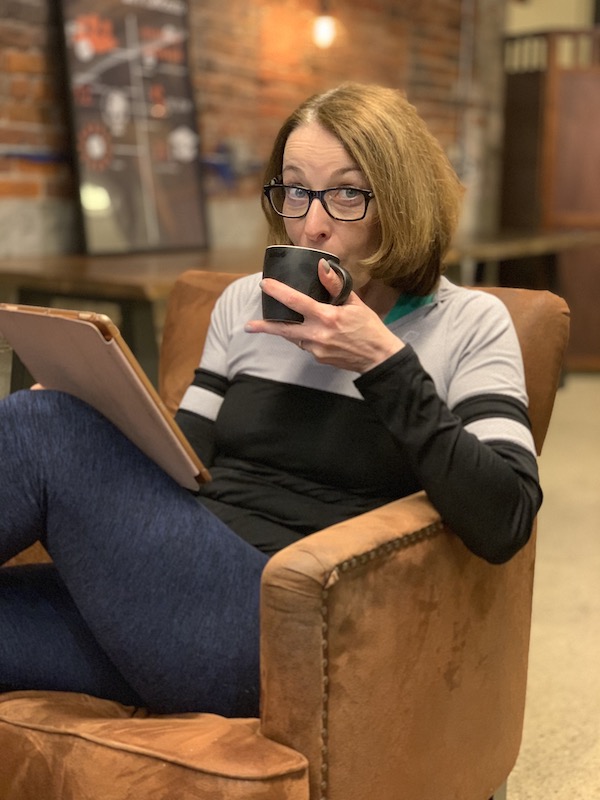 As she reviews her schedule for the day, she sips hot tea to prep her voice — a trick of the trade she picked up during her many years as a DJ. The moment she gets started, she intensely watches her camera scroll. “You never know what’s going to happen in a live class,” she says. “Any questions or issues, I’m there for them.”

Though she believes positive reinforcement is key, she also looks for people making mistakes, then gives the whole group a reminder without singling people out. “Squat rules apply!” she shouts to her regulars. Immediately adjustments happen all over the screen in front of her — mostly with knowing smiles.

Though she jokes that she’s “chronologically enhanced” at age 55, there’s no slowing down for Mary Beth, who didn’t even start exercising until her 30s. Her fitness career started in a battle against her genetic history from hell after losing her mom at a young age. When she got in a groove and started having great checkups at the doctor, she knew she was onto something — and wanted to tell everybody about it.

Now she doesn’t just teach, she exercises right along with her classes. This way she can remind people where they should be feeling the burn, and where they might need to make modifications.

“I have some joint issues, which flare up occasionally. I’ve been through multiple rounds of physical therapy — even surgeries — to overcome them. So exercise modifications are my life. I can totally relate to those who are tentative because I’ve been there myself.”

And it’s worth it. “With some effort, you can overcome a challenge. And if you weren’t willing to challenge yourself,” she tells people, “you wouldn’t be doing this class.”

The reach of worldwide trainers

People are listening. People are moving. People are discovering their potential. From Australia to London, teammates have discovered there’s something pretty special going on here. This diverse group of truly passionate trainers, as well as their personalized approach to teaching, gives everyone a chance to find their place. To feel welcome, challenged, and accepted — no matter who or where they are.

“We’re all human beings making a connection. People love that we care about them and their lives,” Mary Beth says. “Our Openfit teammates are not a faceless, emotionless people. The teammates are the heart of this, and we’re here for them.”