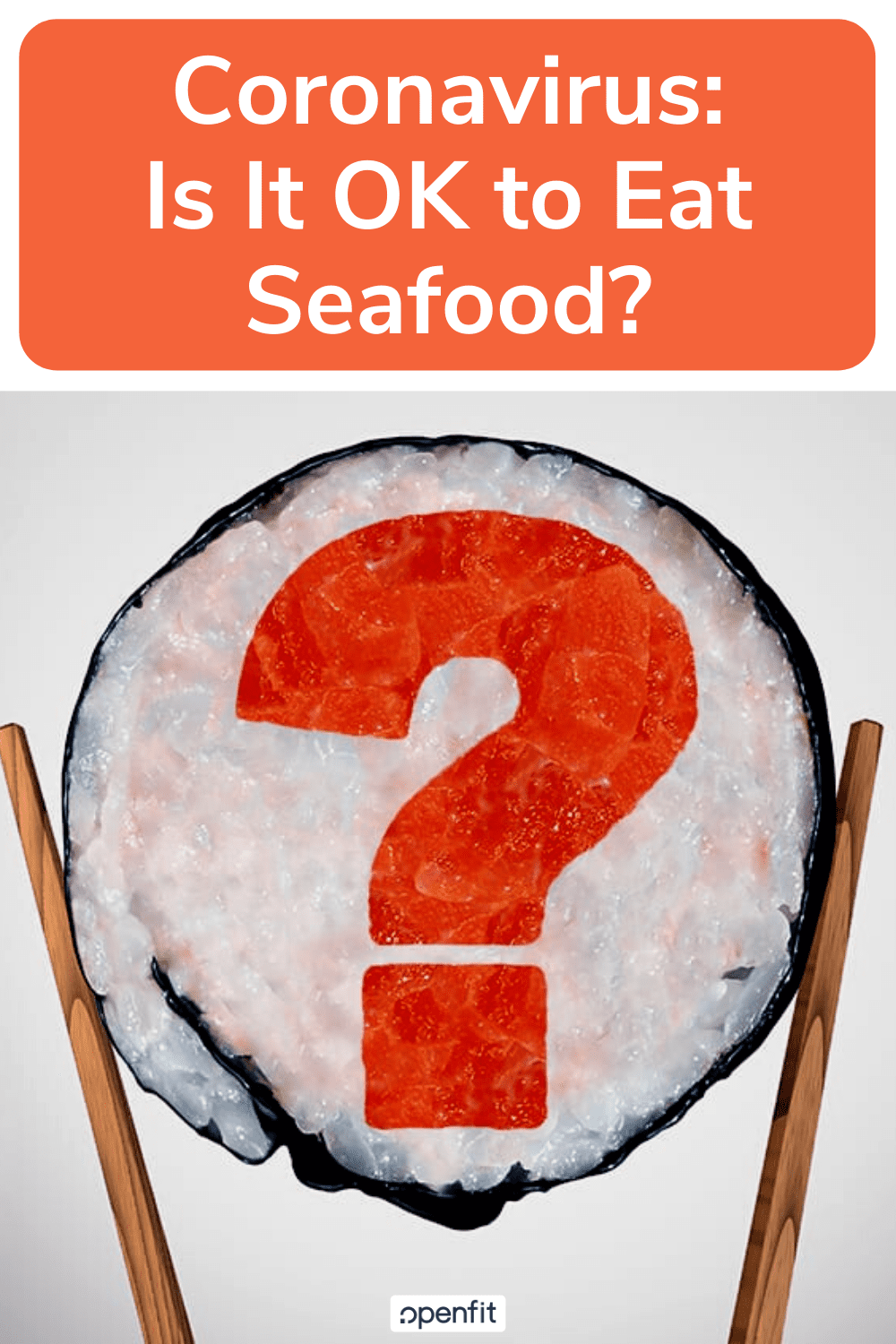 The new strain of coronavirus first reported in China in December 2019 continues to spread around the world. Because the deadly virus was initially identified in a seafood and animal market in China, and because much of the U.S. seafood supply is imported from the country, numerous questions about food consumption have arisen surrounding the outbreak.

Can humans be infected with the coronavirus by ingesting raw seafood, such as sushi, or other undercooked meat?

What Is Novel Coronavirus?

A coronavirus is a group of viruses known for the crown-like spikes on their surface. Various strains of coronavirus have been at the center of recent outbreaks like the SARS and MERS epidemics of 2002 and 2012, respectively, as well as the common cold.

The new virus is called 2019 novel coronavirus (2019 n-CoV). Symptoms include mild to severe respiratory illness with fever, cough, and difficulty breathing, according to the Centers for Disease Control and Prevention (CDC).

The U.S. State Department has called the coronavirus, which can be transmitted from human to human, a “rapidly spreading outbreak” and has advised Americans to avoid all travel to China. According to the CDC, which maintains an updated situation dashboard, as of February 3 there were 17,391 confirmed cases in 24 countries. Of these, 17,238 cases were located in China. Eleven were located in the United States.

The illness is not necessarily fatal, but it can be. As of February 2, the death toll was 304, with no fatalities reported outside of China.

Health officials have repeatedly stressed that the danger of contracting the coronavirus in the U.S. is currently low.

According to the National Oceanographic and Atmospheric Administration, up to 80 percent of seafood consumed in the U.S. is imported, with China being among its chief suppliers. Scientists have traced the origin of the novel coronavirus to the Huanan seafood market in Wuhan, China, a “wet market” where seafood, poultry, pork, and exotic animals such as snakes and badgers are sold.

Further narrowing the virus’ pathology, a study published in the British medical journal The Lancet compared genome sequencing in nine patients (eight of whom had visited the Wuhan seafood market) and found that bats are its likeliest original hosts. “An animal sold at the seafood market in Wuhan might represent an intermediate host facilitating the emergence of the virus in humans,” according to the report.

Can You Contract Coronavirus from Eating Meat?

It’s unclear what type of animal first passed the infection to a human, but that transmission was likely through a respiratory channel. According to public health officials, it is currently believed that humans do not contract the coronavirus by eating seafood or other animal products.

“There are many possible risks of eating raw food of animal origin including sushi, depending on how/where the animals are raised/caught, stored, handled, and prepared. But n-CoV is not one of those risks,” Dr. John Townes, M.D., professor of medicine (infectious diseases) at the Oregon Health Sciences University School of Medicine and medical director of Infection Prevention and Control for OHSU Healthcare, told Openfit.

“This virus was likely transmitted from its natural reservoir in animals or reptiles — the virus is closely related to a bat coronavirus — to humans as a rare event, and now has achieved the capacity to be transmitted from human to human,” Townes continues. “There has not been any data to support ongoing foodborne transmission of n-CoV, and never any indication that it would have been acquired from eating raw fish.”

“We are not issuing foodborne precautions” as a result of coronavirus concerns, Kristen Maki, spokesperson for the Washington State Department of Health, told Openfit.

When asked about claims that coronavirus is related to meat eating, Nancy Messonnier, M.D., Director of the Center for the National Center for Immunization and Respiratory Diseases, said in a morning briefing on February 3, “There is obviously no credible data that supports what you just said.”

Of course, given the pace at which this virus — and the situation around it — is constantly evolving, it’s important to monitor authorities like the CDC and other reputable sources for the latest updates.

The lack of evidence surrounding foodborne passage of the virus hasn’t stopped some people from avoiding certain foods. Reports from around the country, including a recent article in Philadelphia magazine, say some eaters are avoiding Chinese restaurants due to coronavirus concerns.

Misguided acts of racism and discriminatory behavior aimed at Asians, presumably related to ignorance and baseless fears surrounding the coronavirus, have been reported across the U.S. and other countries.

In an effort to contain emerging myths surrounding the spread of the coronavirus between animals and humans, the World Health Organization has stated “at present, there is no evidence that companion animals/pets such as dogs or cats can be infected with the new coronavirus. However, it is always a good idea to wash your hands with soap and water after contact with pets. This protects you against various common bacteria such as E. coli and salmonella that can pass between pets and humans.”