How Core Stability Made Me A Better Citizen 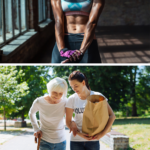 Every day in a big city can feel like an athletic event. Sprinting to catch the bus, hurdling over any number of obstacles, lugging grocery bags up subway and apartment steps — at times, all can seem like Olympic-level feats. But the closest thing to a gold medal ceremony is the sigh of relief you breathe when you can finally plop down on the sofa.

As athletes of any caliber train for their events, the average Joes who brave life in the city should also be training. No, you don’t need to practice your vertical jump to make sure you can clear the rogue trash bag or work on your sprints to ensure you never miss the bus again (train all you want, it’s bound to happen). That’s because core stability is the surefire way to become a high-performing citizen while building a solid fitness foundation. 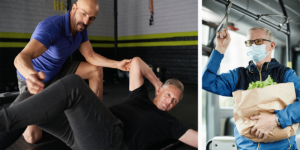 My quest toward better citizenhood through core stability began after one too many excruciating grocery hauls. I sought to replicate and strengthen these everyday movements in the gym through functional training, turning them into habits and routines I carry with me to this day.

While exercises such as the rotational chop and leg raise have their place in any well-rounded fitness program, movement-based core exercises shouldn’t be the only ones you have in your arsenal. “The key to building a rock-solid core is to challenge its ability to facilitate and  to resist movement,” says Trevor Thieme, CSCS, Openfit’s senior director of fitness and nutrition content.

Core stability work consisting of “anti-movement” exercises is, therefore, a necessary and practical evil, and dedicating time toward creating a more stable core will pay off in spades.

Whether your goal is never to touch a subway handrail again, master the art of hauling laundry, or have a more capable and stable body, these moves will change the way you live — and ultimately make you a better citizen.

Much like the buildings that make up iconic skylines, your core begins with a strong foundation.

Referring back to Thieme’s outline of the core’s, well, core function — to resist and facilitate various movements — our first exercises are tried-and-true ways to dial in your core’s anti-movement ability. 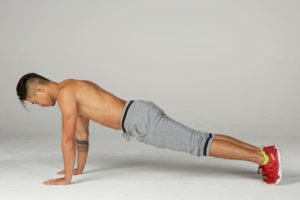 Don’t let its simplicity fool you; the plank is every bit as effective as the other exercises on our list. 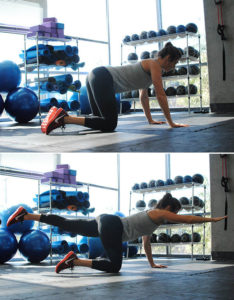 While the name is a bit quirky, the bird dog is an excellent exercise for getting all of the muscles in your core working together to help you become strong and stable.

As they lift twelve-packs into an SUV’s cargo area, suburbanites will never know the struggle of walking five-plus blocks from store to subway to an apartment. While we don’t have a fix for the havoc shopping bags wreak on your fingers during those walks (though hangboard training might help), we do have some moves to help make the journey easier. 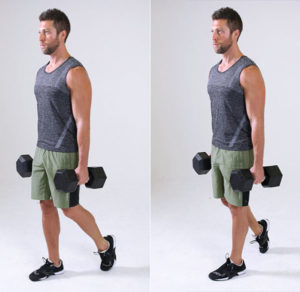 There’s nothing showy about the loaded carry, but this move makes up in effectiveness what it may lack in panache. Replicating the dreaded lugging of the grocery bag (or laundry bag or garbage bag), these carry variations can not only strengthen your core but also improve your posture — reducing the risk of injury and empowering you to complete marathon grocery bag hauls for years to come.

Subway handrails mean well, but they make you want to say “Ew!” If you’ve ever seen someone on the subway going effortlessly hands-free and thought, “How do they do it?” here are some moves for you. 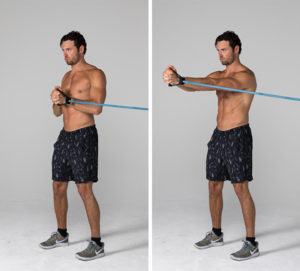 The Pallof Press challenges your core’s ability to resist movement — specifically, rotational movement — mimicking the stress your body faces when desperately trying to stay stable on an impossibly shaky subway ride. It can be done with a light resistance band anchored to a sturdy object. 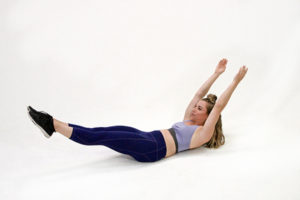 The hollow hold engages your body to maximum tension and aids in the execution of other full-body exercises like push-ups or staying vertical as the train pulls out of the station.

The City’s Most Stable Core

You’re well on your way to becoming a better citizen. The neighbors ask for your help carrying bags up to their apartments, and you’ve directed many tired commuters to open subway seats instead of taking them yourself. It’s time to dial up your efforts and help your work friend move into her new apartment.

Try these moves to give your core a little extra work.

The core stability exercise to rule them all, the renegade row is a true test of anti-rotational strength. This move — like the others on this list — may take time to master, but the reward for your struggles will be a core capable of withstanding anything city life throws at it. 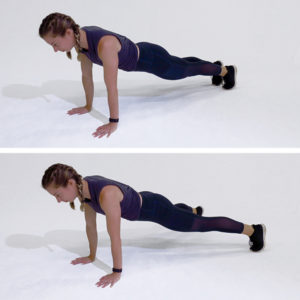 Those basic planks at the start of this story were great, but now it’s time to turn them into a dynamic exercise.

Regardless of whether you work these moves into the occasional workout or turn them into rituals as consistent as your commute, you’ll be on the path to becoming a better citizen and a more stable human in no time.

Obsessed With Ab Definition? Why the ‘Ab Crack’ Isn’t a Good Fitness Goal

The ab crack is a line of definition that goes down the middle of your abs. We're looking at how to achieve...

Your abdomen muscles are complex. Divided into a number of sections, it's possible your abs might look unev...

Looking to spice up your ab routines? Here are 4 of the best ab workout tools to level up your workouts, pl...