The pursuit of avoiding a hangover is as old as alcohol itself. Ancient Romans swore by fried canary and sheep’s lungs, while the Irish advised burying yourself in wet sand up to your neck. But one culprit that involves no added cost or risk of bog lung tends to resurface around the holidays: congeners in alcohol.

What are they? Does consuming drinks low in congeners actually work? Or is this an old (and likely hungover) wives’ tale? Let’s take a look at what the science says.

Learn more about what makes up your food and drinks using Openfit Nutrition. Try it here, for free, today! 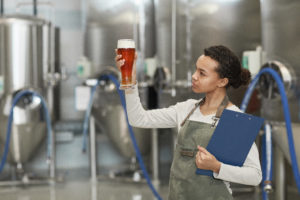 When grapes or grain are fermented, they produce alcohol — along with byproducts known as congeners. These include chemicals like methanol, acetone, and tannins, which contribute to the color, smell, and taste of an alcoholic beverage, says Gillian Teitz, MS, a biochemist and host of the addiction science podcast Sober Powered.

What Alcohols Have The Most Congeners? 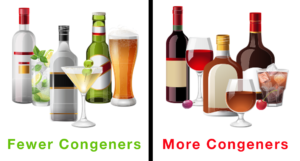 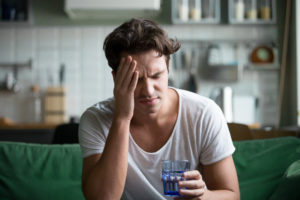 Here’s a fact worthy of a spit take: Scientists still don’t fully understand what causes a hangover. It seems a bit crazy when you consider the familiarity of hangover symptoms — nausea, headache, fatigue, anxiety, shakiness, and occasional prayers for death.

An early theory — dehydration — is now considered a separate symptom of a night of excessive drinking. Although alcohol is a diuretic (substances that increase urine production), some studies found that people who experienced hangover symptoms weren’t dehydrated.

The current prevailing explanation involves alcohol metabolism. When we consume alcohol (a.k.a. ethanol), the body’s first priority becomes breaking it down and eliminating it from the body. Initially, the liver turns ethanol into a substance called acetaldehyde, which is believed to be 10 to 30 times more toxic than alcohol. Acetaldehyde is then broken down into harmless acetate and water, which is eliminated through urine.

How Do Congeners Affect Hangovers? 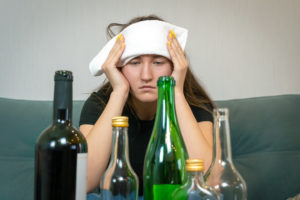 The theory continues: The longer alcohol and acetaldehyde remain in the body, the more damage they can do, and the worse your hangover will be. Congeners are believed to compete with ethanol for the body’s processing bandwidth, and this can result in alcohol hanging around longer while congeners are broken down, says Teitz.

“It can be concluded that alcoholic drinks that contain more congeners produce more severe alcohol hangovers,” wrote authors of a review of studies in the journal Alcohol and Alcoholism. “Moreover, a recent survey showed it takes fewer high-congener drinks to get a hangover, while at the same time the severity of these hangovers is most pronounced.”

It’s all about the alcohol.

So, to avoid a hangover, just stick to low-congener drinks? Good luck finding a doctor or scientist who will recommend it. Experts are pretty unanimous: the biggest contributor to a hangover isn’t congeners. It’s alcohol itself.

“If you drink enough alcohol, you will get a hangover,” says Teitz. “While the amount of congeners present may slightly worsen a hangover, a hangover is caused by the quantity of alcohol you have consumed.”

“The few experimental studies indicate that the highest congener beverage (bourbon) results in more severe hangover ratings than does the beverage with essentially no congeners (vodka),” wrote authors of a review of research published in Current Drug Abuse Reviews. “Although ethanol effects per se had a considerably stronger effect on hangover than did congener content.”

After all, it’s primarily alcohol, not congeners, that causes the most bothersome physical effects we associate with hangovers: It can irritate your stomach (leading to nausea or other GI upset), can impact blood sugar balance (making you feel weak or shaky), and can contribute to bodywide inflammation and sleep disruption (which can make you feel fatigued, achy, or just generally lousy).

How Do You Avoid A Hangover?

Just about everyone who’s tied on one too many has a suggestion on how to avoid a hangover after overindulging. These can range from basic (just drink water!) to fairly elaborate. For example, Top Chef host Padma Lakshmi swears by a pre-bedtime ritual of 1,000 mg of Vitamin C, one liter of water, and an egg-and-cheese sandwich.

But, according to medical science, the official answer is this: There’s no trickery that can rescue you. “In several studies, no effective method of hangover prevention was found,” said Daniel K. Hall-Flavin, MD, an addiction psychiatrist at the Mayo Clinic. “The only sure way to prevent a hangover is to drink in moderation or not drink at all.”

How the experts define moderation: No more than two alcoholic drinks a day for men and no more than one for women.

According to the Cleveland Clinic, one drink is equivalent to:

“The best thing you can do to avoid a hangover is to drink less alcohol,” says Teitz, “or weigh the pros and cons and decide that the hangover is worth it.”