Should You Eat Cinnamon for Weight Loss?

Cinnamon is already beloved for its sweet-and-spicy flavor, its warm-and-cozy aroma, and — of course — its key role in all things pumpkin spice. But cinnamon has also been getting some hype for its supposed role in weight loss. Can cinnamon really help you lose weight? Here’s what you need to know.

Is Cinnamon Good for Weight Loss?

Short answer: Maybe. Research suggests cinnamon may help with weight loss — but so far, most of the evidence comes from studies on mice, and we don’t know for sure how this information may translate to humans.

“Cinnamaldehyde (the bioactive part of cinnamon) was reported to decrease appetite and amount eaten, as well as prevent weight gain in mice,” says Jennifer Bowers, PhD, RD, from Arizona, citing a 2016 study on mice. And a 2015 study also found that mice given cinnamaldehyde ate less than mice not given the compound.

But so far, the research on actual humans is limited. One study found that a supplement containing cinnamon, chromium, and carnosine decreased blood glucose and increased lean mass in overweight pre-diabetic adults — but this study only reviewed 62 subjects for four months, and it didn’t specifically address weight loss.

And while recent research suggests cinnamon can help regulate blood glucose levels, it’s unclear if and how this affects weight. “Unfortunately, many studies evaluating cinnamon and blood sugar control do not even include weight status,” says Stacey Mattinson, MS, RDN, LD.

Bottom line? The science behind using cinnamon for weight loss just isn’t there yet.

Why Cinnamon is Still Beneficial

Eating cinnamon for weight loss isn’t a magic bullet, but the sweet spice still has some benefits.

“Cinnamon does have anti-inflammatory properties and is a healthful spice to include in the diet,” Mattinson says. And research suggests cinnamon may have a positive effect on blood glucose levels — although Mattinson cautions there’s “not enough evidence to routinely recommend cinnamon daily for blood sugar control.” 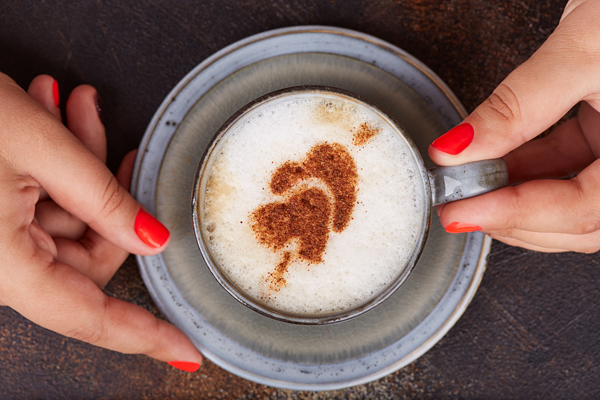 How Much Cinnamon is Safe to Eat?

Consuming cinnamon is safe for most people, so there’s likely no harm in adding a dash of cinnamon to your healthy recipes.

But if you’re considering cinnamon supplements, check with your doctor first — for some people, it’s not completely risk-free.

“Ingestion of cinnamon supplements has been reported in the medical literature to cause a severe exacerbation of rosacea,” says Allison Arthur, M.D., a board-certified dermatologist at Sand Lake Dermatology.

And Monica Heather Auslander, MS, RD, LDN, founder of Essence Nutrition, noted that people who take medication that lowers their blood sugar might want to use caution when it comes to cinnamon supplements. “It is not advisable to take megadoses,” she says.

The Best Way to Use Cinnamon for Weight Loss

Cinnamon isn’t a magic weight loss solution: “Relying on [cinnamon] as the ticket to a trim waistline or perfect blood sugar is not the recipe for success,” Mattinson says. “A diet rich in fruits and vegetables, lean proteins, low-fat dairy and whole grains with a healthy dose of daily exercise is key for long-term weight loss.”

But that doesn’t mean cinnamon is useless when it comes to helping you on your weight loss journey. You can use cinnamon as a flavor enhancer — and even an alternative to sugar — in healthy recipes.

If you’re indulging in a dessert, for example, try cutting the sugar in the recipe by about a third and add a teaspoon of cinnamon for natural sweetness. When you’re having oatmeal for breakfast, use cinnamon instead of sugar to add flavor. Or snack on some Cinnamon Roasted Almonds when midday cravings hit.

So even if you can’t rely on cinnamon for weight loss, it’s still a healthy spice to keep on hand as you build a healthier lifestyle.

Charting changes in weight on your way to your goals can be a tedious task. That's why we've simplified it ...

3 Reasons Why Protein Shakes Can Help You Lose Weight

Losing weight normally means shaving off calories that’s why protein shakes can help aid you in your jour...

How to Work Out at Home to Lose Weight

Losing weight is hard and being home can make it harder. Use our tips and these exercises to help fast trac...

5 Nutrition Tips to Improve Your Sleep

A few simple tweaks to your diet may help you sleep a bit more soundly, so if you've been tossing and turni...

What to eat to get great abs? It starts with what you eat. No one can see them if they're covered in fat. H...