What Is Choline and Why Do You Need It? 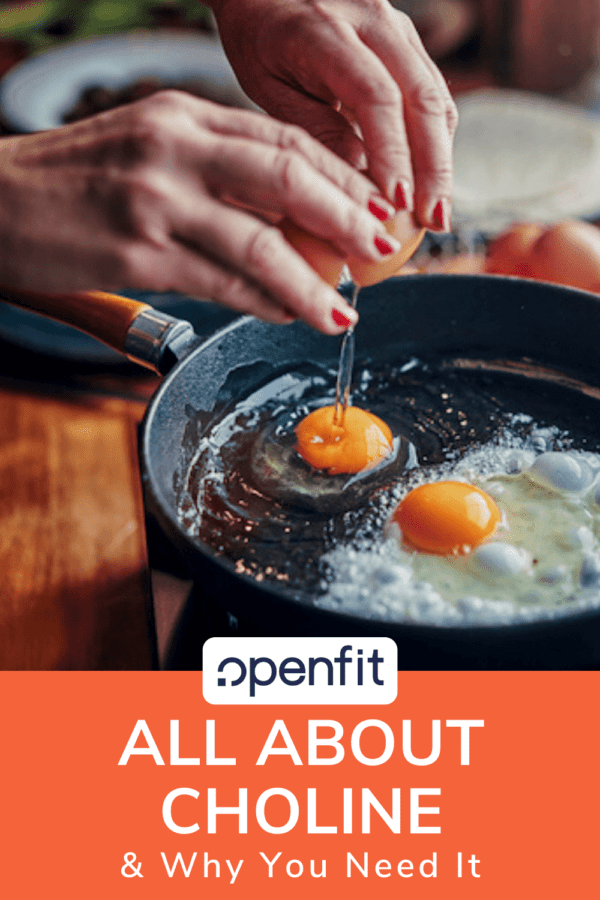 Choline may not get as much attention as other vitamins and minerals, but this essential nutrient supports healthy cell function and other important processes in your body.

So why do you need choline, and how can you make sure you’re getting enough of it? (Because, spoiler alert, you probably aren’t.) Here’s what you should know about the benefits and best sources of choline.

Learn more about health and nutrition with Openfit. Get started for free today!

Choline is an essential nutrient that plays a vital role in the development of cell membranes and the production of acetylcholine, a neurotransmitter involved in muscle control, memory, and mood.

Your body produces some choline, but not enough to meet all of its needs, so it’s important to get additional choline through your diet. 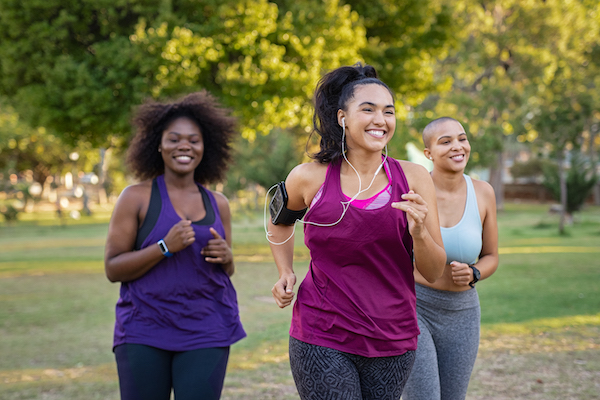 We need choline to keep our body functioning at its best. In addition to supporting healthy cell function, here are a few reasons why getting enough choline should be a priority in your healthy eating plan.

Choline plays a role in maintaining healthy liver function through its role in fat metabolism. If you don’t consume enough choline, fat can accumulate in the liver, says professor Steven Zeisel, MD, Ph.D., director of the University of North Carolina Nutrition Research Institute — and over time, this may contribute to nonalcoholic fatty liver issues (though it’s still unclear what choline’s exact role is in helping prevent these issues).

Choline not only supports the nervous system, but may also play a role in maintaining brain health. A recent study by researchers in Finland reported that higher intakes of choline in men were associated with better cognitive performance. And other research links low levels of choline with poor cognitive performance. (However, more intervention studies are needed before researchers can definitively say whether choline boosts brain function.)

Choline is an important nutrient in any sports nutrition plan, because choline deficiency has been linked to muscle concerns. If a person’s diet is deficient in choline, Zeisel says, “The more they work out and the less choline they eat, the more muscle can be [impacted].”

Choline may play a role in early cognition development. A recent study found that infants born to women who consumed 930 mg of choline per day during their third trimester had faster information-processing speeds.

How Much Choline Should You Be Getting? 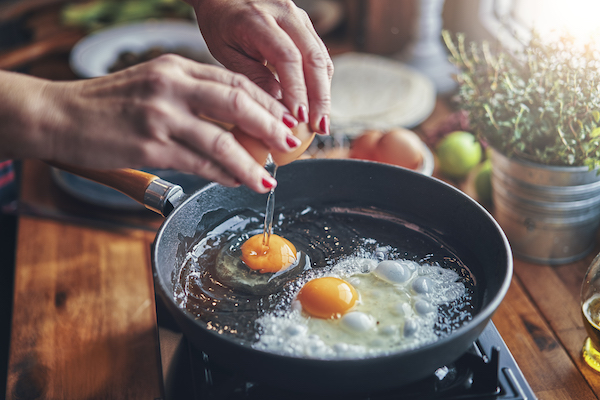 The average daily recommended choline intake for adult men is 550 mg. For women, it’s 425 mg — unless pregnant or breastfeeding, in which case the recommended intake is 450 mg or 550 mg, respectively.

Most of us fall short of that goal. According to a report in the Journal of the American College of Nutrition, only around 11 percent of Americans are getting adequate choline.

One surprising reason: the controversy over cholesterol in eggs. “Eggs are a concentrated source of choline,” says Melissa Majumdar, RD, spokesperson for the Academy of Nutrition and Dietetics. But many people cut back on eggs believing the dietary cholesterol in eggs (186 mg in a large egg) would increase blood cholesterol levels.

“Our recommendations to avoid cholesterol-rich foods have, by accident, led to us avoid choline-rich foods,” Zeisel says. But research suggests the link between dietary and blood cholesterol is weak, and eating up to two to three eggs per day is fine for healthy adults.

What happens if you’re deficient in choline?

Choline deficiency may be associated with liver problems, and some people who are deficient may experience muscle breakdown, Zeisel says.

Can you overdose on choline?

It’s possible, but unlikely. “The upper limit is 3,500 mg,” Majumdar says — and most supplements only contain 400 mg. If you’re relying on food sources, you’d have to eat almost two dozen whole eggs to consume that much choline in one day.

What Foods Have Choline? 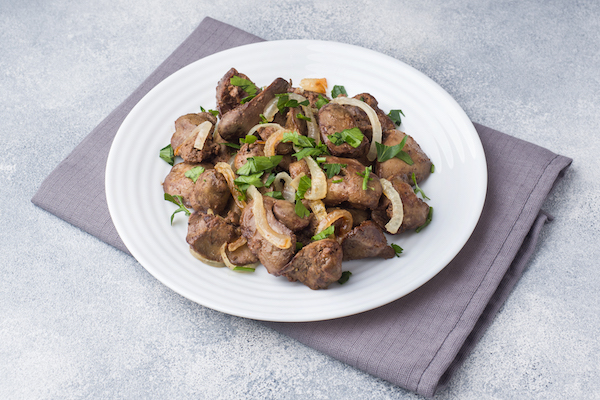 As you can see in the chart below (based on data from the USDA’s FoodData Central), the most choline-rich foods are from animal sources. “There are a few plant sources, but you need to be careful to get them,” Zeisel says.

What Supplements Can I Take for Choline? 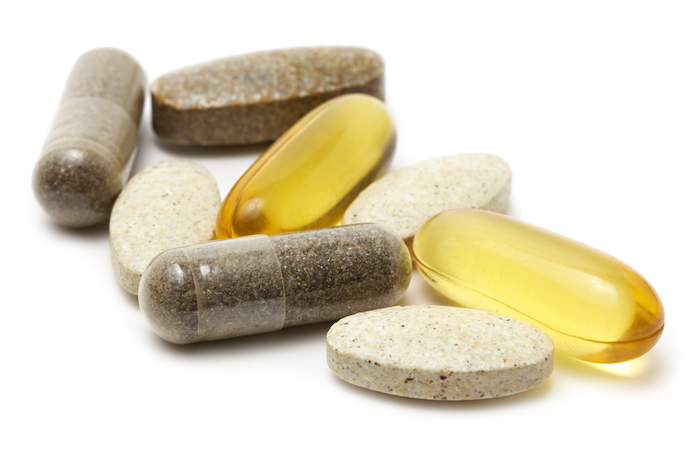 Choline supplements typically aren’t necessary if you consume foods high in choline. However, if you eat a plant-based diet or are pregnant, talk to your doctor about supplementation.The main forms of choline are phosphatidylcholine (a fatty compound with choline), choline bitartrate, and choline chloride. Zeisel says our bodies absorb all of these well, but you may have to supplement with different types to reach an adequate intake. If you’re pregnant, check the label of your prenatal vitamins to make sure they contain choline. The American Medical Association supported evidence-based amounts of choline in prenatal vitamins back in 2017, but many brands still contain very little (or none at all). “I’ve yet to see this change take place,” Majumdar says — so read the labels carefully and talk to your healthcare provider.