How to Do a Chin-Up (Plus, How It's Different From a Pull-Up)

While they might sound like essentially the same move, the chin-up and the pull-up are actually quite different. They do have some similarities, but when you’re comparing chin-ups vs. pull-ups, the former offers up some unique muscle-building benefits that the latter doesn’t provide.

What’s the Difference Between a Chin-Up and Pull-Up?

It all comes down to a change in grip. With the pull-up, you hold the bar with an overhand (palms facing forward) grip, but with the chin-up you hold the bar with an underhand (palms facing backward) grip. That simple switch increases the engagement of your biceps, helping you build more strength and size in your arms while still also working your back and shoulders. It also makes the chin-up slightly easier to perform than the pull-up, which forces your lats to do the vast majority of the work.

Here’s how to do a chin-up properly, and tips on how to add it to your workout routine.

How to Do the Chin-Up With Perfect Form 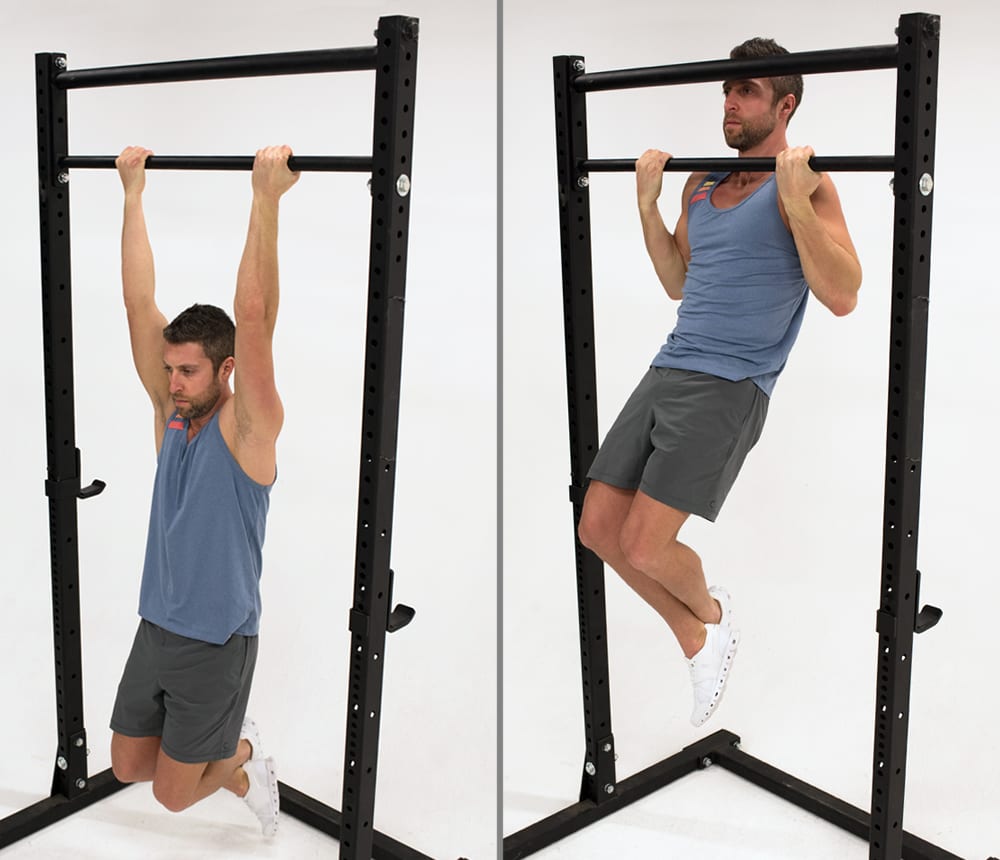 How to Make the Chin-Up Easier

How to Make the Chin-Up Harder

What Can I Do Instead of the Chin-Up?

If you don’t have access to a chin-up bar, you can hit the same muscles that a chin-up activates by doing a lat pulldown. You don’t even need access to a gym to do this move: here’s how to do it with a resistance band.

Bonus Tips for Doing the Chin-Up

Benefits of the Chin-Up

“When it comes to building upper-body strength, few exercises compare to the chin-up,” Thieme says. The reason: It recruits so many muscles to get the job done (more on exactly which muscles it recruits in a bit).

“It’s also the ultimate test of the only kind of strength that matters: relative strength,” he adds. Relative strength refers to how strong you are for your height and weight. If you can pull up your entire body weight from a dead hang, that’s a good indicator that you’re strong relative to your size.

What Muscles Do Chin-Ups Work?

Chin-ups are a great exercise for hitting multiple muscles: “This move targets the lats and biceps, but it also works the shoulders and muscles throughout the upper back and core,” Thieme says. Here’s a dive into the two main muscle groups that are worked when you do a chin-up.

You biceps are the muscles that bulge when you flex your arms. Each biceps (or more specifically, each biceps brachii) has two heads – the short head and the long head – that help to flex your elbow (as in a biceps curl) and supinate your hand (i.e., turning it from a palm-down to a palm-up position).

More commonly referred to as a “lat,” this is a largest muscle on your back, and spans your mid and lower back. You have one on each side of your body, and they’re responsible for pulling your arms down and toward you (as in a chin-up) and also rotating your upper arms inward. When they’re developed, they give your torso an impressive “V” shape.