What Are the Benefits of Chaga Mushrooms? 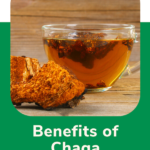 Biohacking is the new detoxing: everyone’s obsessed with it, no one’s quite able to define it, but there are a ton of new products on the market to help you get started. And just as charcoal was the golden child of the detox movement, mushrooms like chaga are getting the spotlight now.

But while biohacking has surpassed detoxing in the world of wellness trends, do the purported benefits of its all-stars compare? Here’s what you need to know about chaga mushrooms, their scientifically-supported benefits, and whether it’s all worth getting used to that taste.

What Are Chaga Mushrooms, Exactly?

Other than being one of the odder looking ‘shrooms, chaga mushrooms are fungi that grow on birch and other trees. And, curiously enough, their burnt appearance looks a bit like charcoal. They’re found mostly in cold climates like North America, Russia, Siberia, Northern Canada, and Korea, and they go by several different names such as birch canker polypore, cinder conk, black birch fungus, birch lip, and mostly aptly, black mass.

Chaga mushroom is also one of those ingredients that has a long history of medicinal use, dating back centuries. Traditionally, it was grated into a fine powder and brewed into chaga mushroom tea in areas like Russia and Northern Europe. People believed it boosted immunity and overall health (as well as helped fight those frigid temperatures). Russians have even used chaga as a treatment for eczema and chronic fatigue.

What Are the Purported Benefits of Chaga Mushrooms? 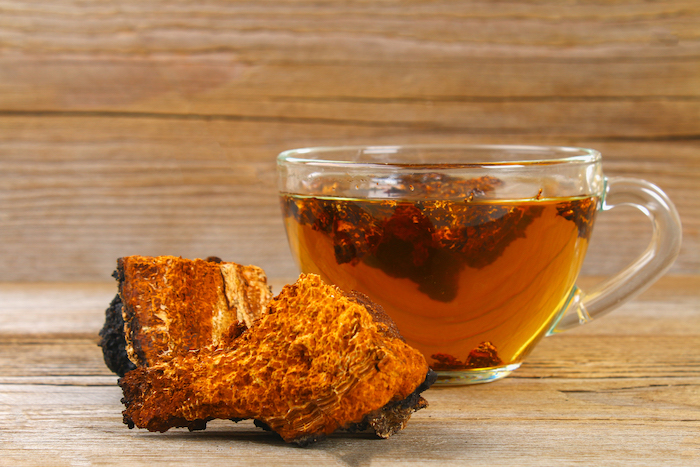 While some cultures have revered these mushrooms and their putative health benefits for centuries, science is still catching up. We currently only have studies on mice to support chaga mushroom’s health benefits, which one Chinese study concluded may include better blood sugar control and a healthier blood lipid profile. Some even postulate Chaga extract may help increase lifespan and slow neurological aging, though preliminary studies have, again, only been performed on animals.

Are There Side Effects of Chaga Mushrooms?

Chaga mushrooms do contain a protein that may interfere with the formation of blood clots. So talk to your doctor if you have an upcoming surgery or are taking a blood thinning medication.

It’s also unclear whether chaga could interact with insulin since its effects on blood sugar have only been proven in mice. So people using insulin to manage diabetes should talk about this with a professional.

And, obviously, avoid this wellness trend if you’re allergic to any type of mushroom.

“There haven’t been long-term safety studies on chaga mushrooms in humans, so dosage and long-term safety aren’t known,” Lakatos Shames warns. She also underscores that since chaga mushroom teas are classified as supplements, there’s very little regulation of them by the FDA. So make sure you’re buying your tea from a reputable source.

In general, people report that chaga tastes bitter and earthy. But this depends heavily on how you’re consuming it. Chaga tea, for example, can be brewed bolder or weaker, and sweeteners can mask the taste.

While some people claim chaga tea reminds them of coffee, others say it’s earthier. Chaga mushroom powder is your best bet if you’re not a coffee fan and earthy flavors don’t sound good to you. You can blend powders into soups and smoothies, where the earthy flavor is easily masked by other ingredients.

How Much Chaga Tea Should You Drink? 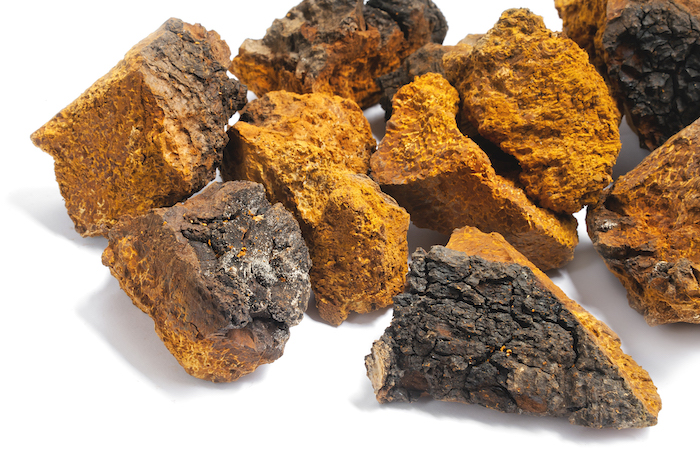 The Nutrition Twins and Jim White RD, ACSM EX-P, owner of Jim White Fitness and Nutrition Studios, all urge you to be conservative. “As there is limited research on the safety and efficacy of this mushroom, there is not a certain amount I can recommend,” White says about adding chaga tea to your regimen.

That being said, “consuming one cup a day could be viewed as consuming in moderation, and could be suitable for anyone unless pregnant, breastfeeding, or taking prescription medications.” But he emphasizes that at the end of the day, a supplement like chaga powder or tea won’t do much if you haven’t built a foundation of healthy living through diet and exercise.

Does Chaga Mushroom Get You High?

Adaptogenic mushrooms, the group in which chaga falls, are not psychoactive. That means they won’t get you high.

In fact, chaga mushrooms don’t even contain caffeine. So even if the taste resembles your morning cup of Joe, it won’t help you stay awake the same way.

Where Can You Buy Chaga Tea?

Mushrooms are having a superfood moment, just like kale and acai before them. So it isn’t exactly difficult to find places to press PAY.

Four Sigmatic, one of the companies that lead the charge in the mushroom space, carries a mushroom elixir with chaga that’s sort of like an instant tea. But coffee fans might want to opt for their mushroom coffee with lion’s mane and chaga instead.

Chaga tea bags as well as loose tea are also available from mushroom-focused brand Birch Boys. They even make variations with tempting, flavorful additions like maple and rose hips. But if you’re in the market for a powder instead of a tea, check out our guide to the types of mushroom powders.

And if you’re looking to make your entrance into this world of elixirs slightly more decadent, try whipping up your own chaga mushroom tea recipe resembling a latte. Brew your tea very concentrated, heat up some milk of your choice, and combine to craft an easy replacement for your morning coffee. 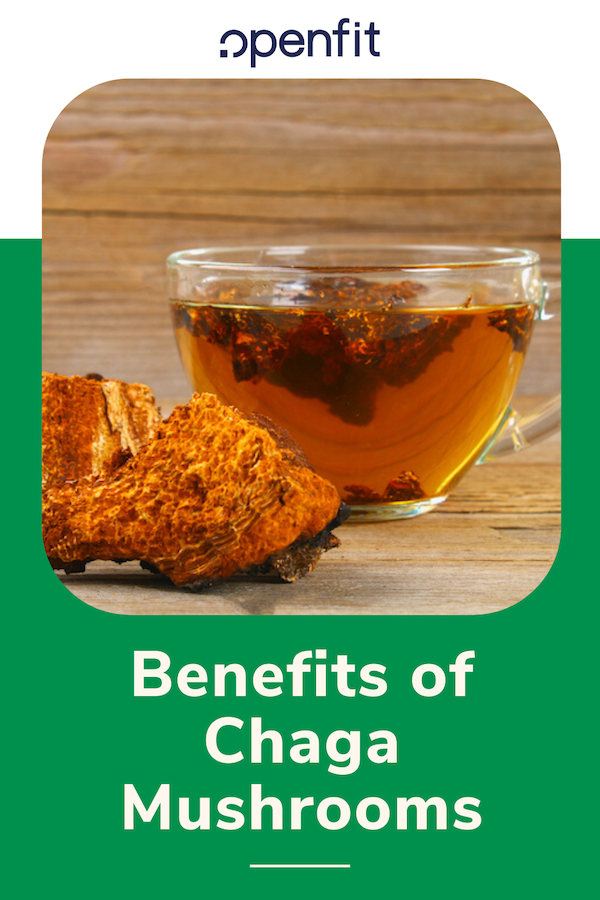