Everything to Know About Carob Pods

If you’re among the large group of chocoholics spread across the globe, you may be into carob — a finely ground powder that comes from carob pods grown on trees primarily in the Mediterranean.

This sweet and nutty treat not only echoes chocolate in taste (a real win, if you ask us), it also has some impressive health benefits including its antioxidant potential and grams of fiber per serving .

Curious to learn more? Read on to learn if carob is the next best thing to fulfill your sweet cravings.

Stay up to date with what’s new in nutrition with Openfit! Get started for free today.

What Is a Carob Pod? 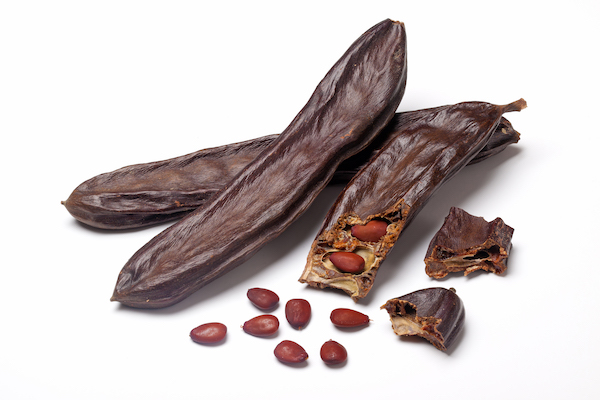 Carob is a purplish-brown pod that grows on the Mediterranean ceratonia siliqua, or carob, tree. Inside the leathery pods — which vaguely resemble overripe, shriveled bananas — you’ll find a row of seeds surrounded by lots of sticky pulp. While carob is often deemed a fruit, it technically belongs to the legume family.

You might find roasted carob in syrups, molasses, drinks, candies, and baked goods. But if you want to add carob to food at home, you’re not likely to find pods in the produce section at your local grocery store.

According to Mascha Davis, M.P.H., R.D.N., founder of NomadistaNutrition.com and author of the upcoming book Eat Your Vitamins, the pods are usually ground into a powder (also called carob flour) since they aren’t particularly easy to prepare.

The seed of the carob pod is used as a food thickener or stabilizer and is not traditionally eaten on its own. “You can find it in the ingredients as locust bean gum,” says Melissa Majumdar, M.S., R.D., senior bariatric dietitian for Brigham and Women’s Center for Metabolic and Bariatric Surgery.

As mentioned earlier, carob’s flavor has been likened to chocolate. “However, it does have a sweet and nutty taste that distinguishes it from cocoa,” Majumdar says.

What Is Carob Used For? 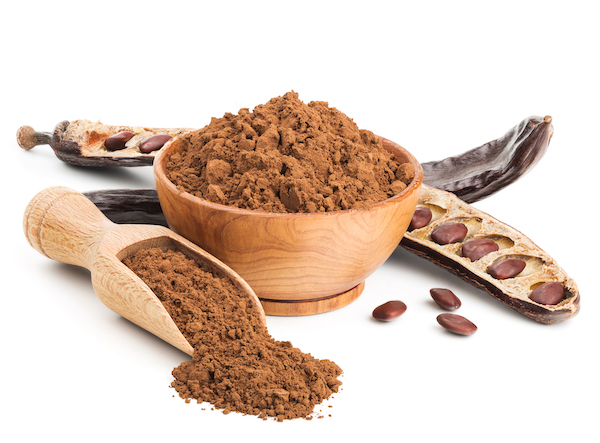 Carob pods have been used traditionally for a variety of health benefits, Majumdar says, but she explains that most of these claims are not validated by enough scientific research.

For both flavor and nutritional benefits, you can add carob powder to recipes that call for cocoa powder. “Consider using it in yogurt, smoothies, oatmeal, or baked goods like muffins or granola,” Majumdar says.

What Is the Nutrition of Carob?

Since carob is often compared to chocolate, let’s break down how these two ingredients stack up against one another nutritionally.

Davis explains that while carob has some notable pluses, it isn’t necessarily healthier than chocolate. She says carob powder:

What Are the Health Benefits of Carob? 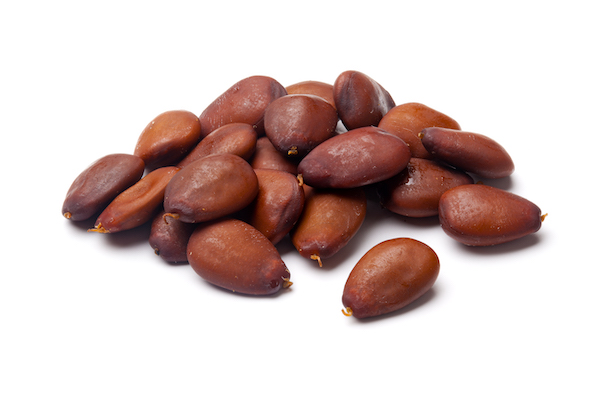 While you’d have to eat a whole lot of carob powder to meet certain nutrient needs, carob can be a healthier way to sweeten and flavor foods without just adding empty calories.

According to Majumdar and Davis, carob:

Does Carob Have Any Side Effects?

As of right now, you’re free to supplement your shakes, smoothies, and oatmeal with carob as you please. It does not appear to have any negative side effects and has not been identified to interfere with any medications, Majumdar says.

Carob pods are generally recognized as safe (GRAS). “This means when it is consumed in amounts that are naturally present in food, it safe to consume for healthy individuals,” she says.

Where Can I Buy Carob Pods?

In the U.S., carob pods may be tough to find. “Powders are readily available in many stores, so I would recommend choosing pre-made powders,” Davis says. You can find carob powder in health food stores and online.