Can You Get Rid of a Double Chin?

The double chin reigns supreme with hilarious nicknames, but for people who have one, that bulge of skin and fat hanging out above their collar rarely conjures up laughs.

Like other tough-to-cure problems such as cellulite and stretch marks, “remedies” on how to get rid of a double chin abound: like that medieval-looking torture device you ordered from a late-night TV infomercial. Or when you Googled “double chin” and voila, 37 million “guaranteed” solutions! And let’s be honest, you’ve probably seen that YouTube video of the lady doing neck exercises that make her look like a chicken scratching for worms — and you probably did a few of those moves yourself.

So… how’d those work out for you?

For more weight loss info sign up for Openfit for free today!

What Causes a Double Chin? 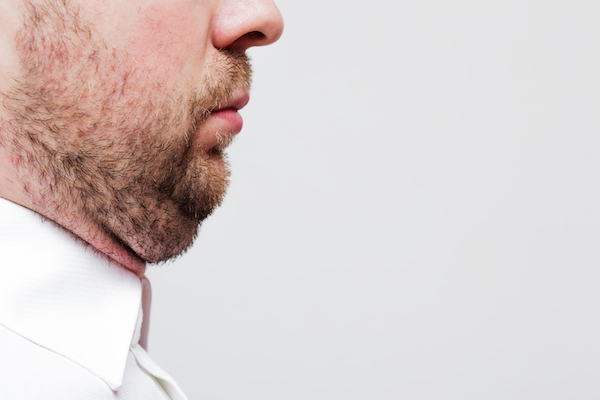 So why do some people have a double chin and others don’t? A variety of factors can contribute to its appearance.

We gain weight for several reasons, and sometimes that extra weight can get stored as “submental” fat on the neck.

As we age, the muscles in the neck area can weaken, which sets the stage for a double chin when combined with two other potential side effects of aging: skin loosening and increased fat accumulation.

There are more than 400 genes associated with being overweight or obese. The influence of these genes varies from person to person.

“For most people, a ‘double chin’ is a combination of fat deposition, excess loose skin, or both,” says Lara Devgan, M.D., M.P.H., a plastic and reconstructive surgeon in New York City. “The single most common reason for someone to have a double chin is a genetic predisposition to storing fat in the submentum, which is the area under the chin. This means that a person’s age, weight, and physique matter less than his or her genetic tendencies.”

For this reason, people are more prone to ask plastic surgeons for help, says Devgan. “I receive many inquiries from men and women concerned about excess submental fullness or double chin.”

Treatments for a Double Chin 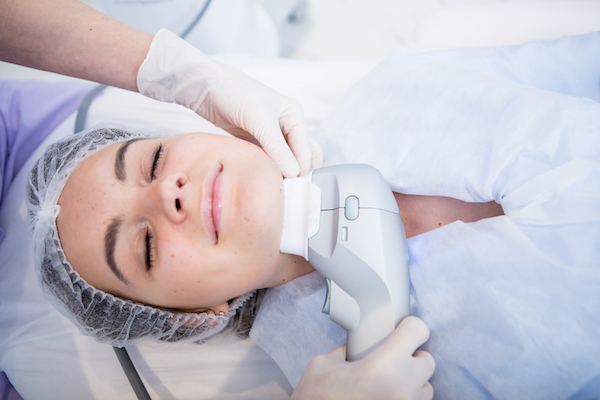 Even if you are genetically inclined to have a double chin, there are things you can do to reduce its appearance or even prevent it altogether. You may be able to address unwanted weight in and around your face with some fundamental lifestyle changes.

Let’s be clear: You CANNOT spot-reduce fat to get rid of a double chin. In fact, a 2018 study shows that neck and facial exercises had little effect on neck volume.

You may be able to get rid (or reduce the appearance) of a double chin, but not by using a ThighMaster for your neck or doing a facial workout. With a combination of a healthy, balanced diet and exercise, you can reduce your overall body fat, which can help lessen the appearance of any wobbly bits.

If you want to reshape your body, you have to put in hard work, consistently, and in the right way. You’ll be surprised how many of those “problem areas” may disappear with a little sweat equity.

“When it comes to fat loss, diet is even more important than exercise,” says Trevor Thieme, CSCS, Fitness and Nutrition Content Director at Openfit. “But the two work better together than either one does alone.”

The key is to figure out how many calories you need to eat per day to perform at your peak while creating just enough of a caloric deficit to optimize weight loss.

In addition to getting your nutrition and fitness on-track, getting enough z’s can also help reduce body fat. When you’re lacking in the sleep department, your body produces more of the hunger hormone ghrelin to get the energy it’s not getting from sleep. And when you’re bumbling around in a drowsy haze, you’re probably not going to be making the healthiest food choices.

Diet, exercise, and rest take time, so let celebrities and social media teach you how to get rid of a double chin by concealing it! The technique is called “contouring” and it uses different color tones to accentuate your jawline, and make your neck area less noticeable.

When diet, exercise, and cover-ups aren’t enough, you can get rid of a double chin through the miracles of modern medicine. Aside from surgical treatments such as liposuction and face/neck lifts, in-office treatments include: