Blast Your Pecs (Not Your Joints!) With the Cable Chest Fly 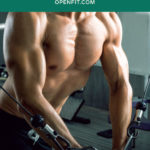 Spend enough time around workout machines, and you’ll find they each have their own personality; the VersaClimber is a drill sergeant, the assisted pull-up is the science nerd, the cable row is the blue-collar mensch. The party guy, however, has got to be the cable chest fly.

Standing cable flys won’t exhaust you like squats or lunges, and they won’t shame you like pull-ups. They’re dessert after a tough workout, a little shot of ego gratification after you’ve dutifully swallowed all your veggies and vitamins. They’ll give you a pump in your chest muscles — arguably the showiest of all — while letting you strike a bodybuilding pose in public without risking ridicule.

Cable chest flys are also a great way to work your pectoral muscles while sparing your joints. “One of the main functions of the chest muscles is to adduct your arm across your body,” says Openfit’s fitness specialist Cody Braun. “That’s exactly what the cable chest fly does. This is a great option for those who experience discomfort in their joints during the bench press.”

How to Do the Cable Chest Fly With Perfect Form

How to Make the Cable Chest Fly Harder (and Easier)

The standing cable fly is a single-joint move intended to maximize tension in a single muscle group. As such, you want to feel the cable chest fly all the way from the stretch at the start of the move to the intense contraction at the end. That’s not possible with too much weight.

Sure, over time you’ll want to increase resistance on the cable chest fly, just as you would on any other strength-training move — but do so slowly. Instead of rushing to add weight, change the tempo. By slowing down the eccentric (negative) phase of the move and holding the contracted position for a second or two, you’ll increase your time under tension — a proven stimulus for muscle growth.

Another way to increase time under tension is the “1.5″ method: Pull the handles together, contracting your pecs fully, then let them go halfway, and bring them together fully again, squeezing your chest muscles as hard as you can. You’ll make the set considerably harder by performing the toughest part of the move twice on each rep — and you’ll feel it even more the next day.

Benefits of the Cable Chest Fly

For people who experience discomfort in their joints during the bench press, cable flys are a great alternative. With proper shoulder-blade stability, the cable chest fly changes the angle of the movement enough to limit the potential stress on the joints.

Cable chest flys also place lots of tension on the muscle through its entire range of motion. That’s not something that can be said of bench-press variations (in which your bones support the weight when your arms are vertical), or dumbbell flys (in which there’s a lot of tension on the muscles when your arms are spread wide, but almost none once your arms are vertical). The cable setup gives your muscles almost uninterrupted time under tension, and a huge pump — each of which which can help optimize muscle growth.

What Muscles Does the Cable Chest Fly Work?

It’s in the name of the exercise, folks: the muscles of the chest consist of the pectoralis major and the pectoralis minor, and they’re the targets of the cable chest fly. Of the two, only the pec major is visible, powering adduction of the arms (bringing them together in front of you, as when hugging or clapping), as well as their inward rotation and elevation. The pec minor is located a layer deeper, and draws the shoulder blades down and forward.

The pec major itself is comprised of two heads, each of which may be worked differently depending on the angle of adduction; an upward angle of movement emphasizes the upper, or clavicular, head, while a lower angle emphasizes the lower, or sternal, head of the muscle. Adopting a low-to-high motion with the cable chest fly exercise will target the upper fibers of the chest. 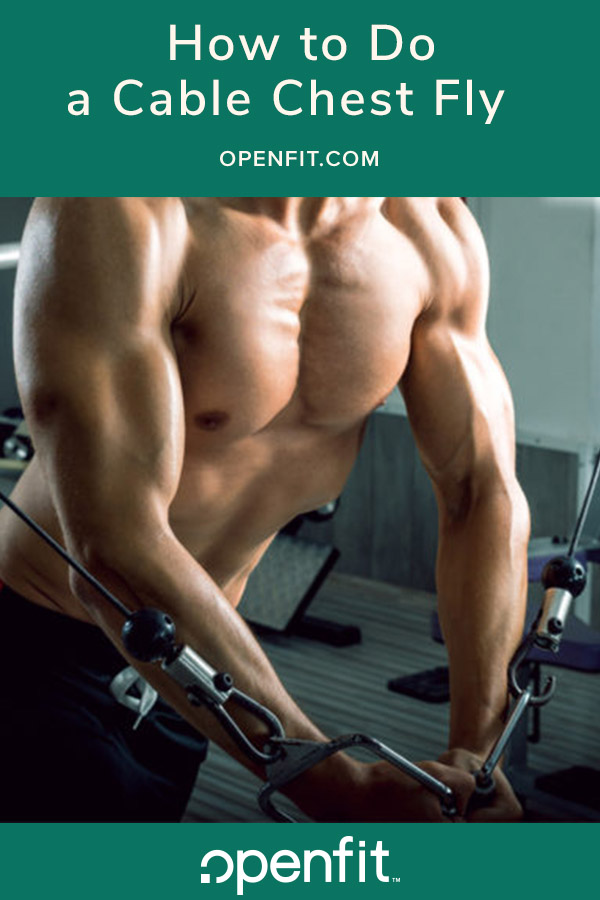