These days, next-level lattes are everywhere: beet lattes, golden milk lattes, and even oat milk lattes in a can. But one latte you probably didn’t see coming was the broccoli latte, which made its debut at Commonfolk Coffee in Australia last year.

It’s not surprising that some people couldn’t get behind the idea of a cruciferous veggie in their latte. It was surprising that others were totally on board with the idea.

“It was pretty much a 50:50 split,” says Sam Keck, executive director at Commonfolk. “Anyone who really loved broccoli thought they weren’t that bad — but they did taste pretty intense, so a lot of people struggled to get it!”

What Is a Broccoli Powder Latte?

As it turns out, the broccoli powder latte — or “broccolatte” — was created using a newly launched broccoli powder. The powder was developed by Australia’s Commonwealth Scientific and Industrial Research Organisation (CSIRO) as a way to help people hit their daily recommended intake of vegetables.

“We’re trying to make it easier to squeeze in a couple of extra veggies, especially if you have fussy kids who don’t fall for the ‘they’re cute little trees’ line,” a CSIRO blog post explained.

As an added bonus, the powder is made from “ugly” broccoli florets and stems, which would otherwise be scrapped as waste by producers. 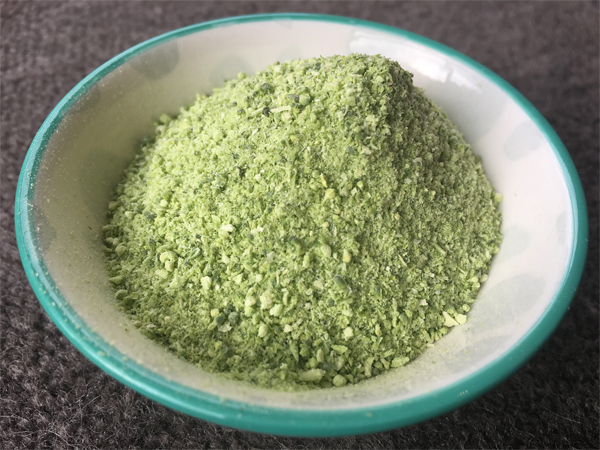 Are Broccoli Powder Lattes the Next Big Beverage Trend?

The broccolatte may not replace the unicorn latte or PSL as the trendy drink-of-the-moment anytime soon. Keck is unsure exactly how many broccoli lattes were sold during their limited run at Commonfolk, but he said they were nowhere near as popular as Commonfolk’s classic lattes.

But the broccoli powder has plenty of potential beyond the latte. “While broccoli lattes might not take off, the powder could be used for smoothies, dips, soups, and baking,” the CSIRO blog post says.

One downside: The jury’s still out on how powdered vegetables really compare to raw vegetables. “There is limited research on how fiber from vegetable powder would compare in terms of health benefits to fiber from food,” says Nazima Qureshi, MPH, RD. “Broccoli powder is a good way to address food waste issues and even add a few extra nutrients to your diet, but should not replace eating whole fruits and veggies as a part of a balanced diet.”

Qureshi also cautions that scooping broccoli powder into boiling-hot water may cause some nutrients to be lost. And as with any latte, it’s important to watch the sugar content — especially if you find yourself adding lots of sugar to offset the bitter broccoli flavor.

Still, if you’re curious and want to try making your own broccolatte, it could be a good way to sneak in some extra veggies.