Is Breathwork The New Meditation?

While many turn to meditation as a way to cope with stress and anxiety, there’s another practice that has gained traction in recent years. Breathwork is quickly becoming an alternative to traditional meditation.

But what exactly is breathwork, how do you do it, and how does it help? Openfit spoke with breathwork experts on how the practice can benefit users, bringing new calming techniques into their lives when they need it most.

We started with the basics.

Practice breathwork in Yoga 52 from Openfit. Get started for free today!

Breathwork expert and creator of Breathe Joy web app Jodi Wojdak explains that the practice is exactly what it sounds like: specific breathing techniques meant to help with everything from anxiety to anger to physical illness.

“The intention of breathwork is releasing the ego and accessing the inner self or spirit/soul,” Wojdak says. “Breathwork allows a gateway to have an awareness of awareness, to access one’s higher consciousness. Oftentimes, breathwork results in a relaxed state and a beautiful inward journey into the center. The heart.” 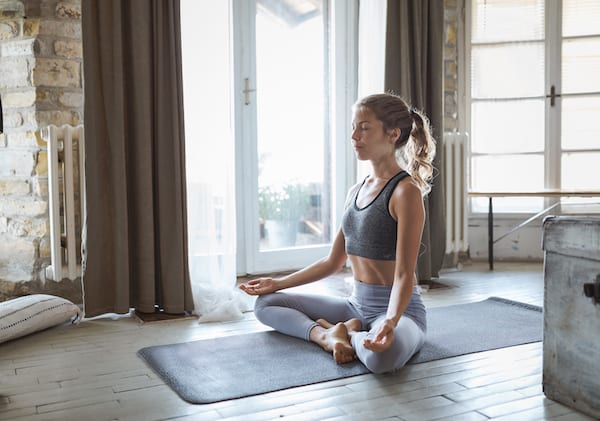 Those who have practiced meditation in the past may be somewhat familiar with the idea of using breathing as a means of relaxation.

“Mediation is sometimes unpredictable, and there’s somewhat of a barrier to entry that breathwork doesn’t have,” says Kurtis Lee Thomas, founder of Breathwork Detox. “Meditation is usually done sitting in silence in an upright position.”

He says meditation is often challenging for those with anxiety or attention deficit disorder due to its insistence on stillness.

According to Thomas, breathwork is a more active practice that is much different from the practice found on all those apps on your phone.

He describes the practice as “meditation on steroids.”

“Breathwork is done lying down on your back on a yoga mat in a comfortable position,” says Thomas. “Music is played for motivation and relaxation purposes in order to help release trapped emotions by tapping into the energy and emotion of those particular songs.”

Breathwork is more than just one thing.

According to both Thomas and Wojdak, there are multiple forms you can practice.

As for Wojdak, she explains that yes, pranayamic breathing can be considered breathwork, but it’s not alone.

Wojdak says she practices a technique called halotropic breathwork, which she describes as a three-part breath:

“It’s very simple but extremely profound,” Wojdak says. “It’s a deep, fast breathing technique used to access a non-ordinary state of consciousness. This type of breathwork is the practice of non-judgment and surrender to release stored tension and trauma in the body. It leads you to tap into the truth that already exists.”

Are There Risks To Breathwork? 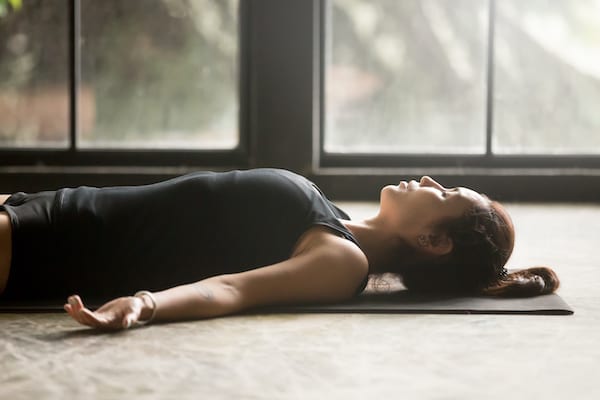 According to Wojdak, breathwork can cause physical sensations in the body that practitioners should know about, but they are not dangerous. These sensations may include:

“All are completely normal and subside shortly after breathwork is completed,” Wojdak says

However, there are a few caveats that she has for practicing. Wojdak doesn’t recommend breathwork for those who have:

No, breathwork is not hyperventilation. According to Thomas, the practice is the exact opposite.

“Breathwork does not cause hyperventilation because you inhale right after the exhale without waiting for the carbon dioxide levels to rise which avoids some of the negative effects of hyperventilation,” he says. “Although breathwork is a constant loop of deep breathing, it’s not hyperventilating. Hyperventilating is when you exhale more oxygen than you’re taking in. The intention and goal of breathwork is the opposite; to take in as much oxygen as possible.”

If you’ve ever considered breathwork before, now may be the time to try the practice.