Does It Matter How You Breathe During Exercise?

Breathing: It’s a seemingly simple task many of us take for granted. After all, we breathe 24/7 without having to so much as think about it.

That is, until we end up flat on our backs, gasping for air after a 600 Secs or Openfit LIVE tabatas workout. Or when our Pilates instructor has to remind us to keep breathing as we soldier through the dreaded one hundred move.

There’s no doubt that respiration (i.e., breathing) plays a major role in life and exercise. But aside from keeping you alive, can breathing a certain way help you run faster, lift heavier, or exercise longer? Find out below!

Practice your breathe-work in a Yoga 52 class on Openfit! Sign up for free and get started today.

Should You Breathe Differently When Working Out?

Assuming you don’t have a pulmonary issue like asthma or emphysema, there’s no real need to change how you breathe during exercise, according to Robert Girandola, Ed.D., associate professor of kinesiology at the University of Southern California.

Your muscles need oxygen no matter what you’re doing — from sleeping to sprinting. In order to make this oxygen available for use, you have to breathe air in and out. As your activity level increases, so does your need for oxygen. But while you may feel as though you ran out of air during an intense workout, it’s really your cardiovascular system — not your respiratory system — that dictates how much you can handle, Girandola says.

In general, it’s best to just breathe however you might normally breathe during exercise, Girandola says. However, if you have respiratory issues or you’re exercising in a polluted area, inhaling through your nose and exhaling through your mouth may help with air filtration, as your nose has better purifying abilities than your mouth.

When you breathe in through your nose, the air enters your nasal cavity, where tiny hairlike structures known as cilia filter out pollution, bacteria, and allergens. These particles are then swept into the back of your throat to be swallowed, and later neutralized in your stomach.

In reality, however, inhaling through your nose may be easier said than done, as “most of us can’t take that much air through the nose, unless you’ve got gigantic nostrils,” Girandola says. So, you may just want to breathe in whatever way feels most natural to you.

How to Breathe for Different Types of Exercise

There are still a few instances in which focusing on how you breathe during a workout may help boost performance. 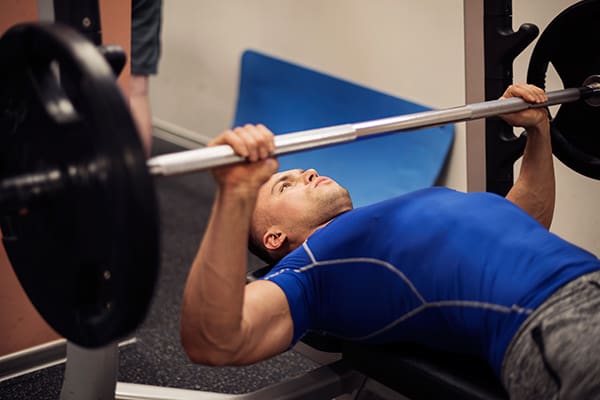 If you’re a fan of lifting weights at home or in the gym, research suggests that forced exhalation may be your safest, most effective option. To do it, take a deep breath at the beginning of each rep, and then exhale forcefully through your teeth to help you power through the sticking point of the exercise.

Another technique, known as the Valsalva maneuver, involves closing your throat against hard exhalation, making your torso more rigid. “Weightlifters do [the Valsalva maneuver] a lot because it helps support the spine when you’re lifting weight over your head,” Girandola explains. 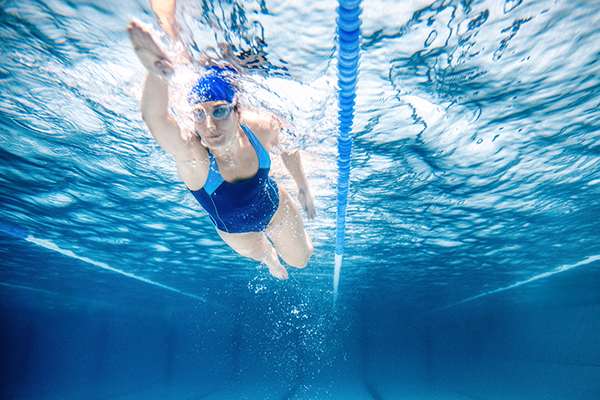 When you spend a good portion of your workout under water, every breath matters. And in order to get maximum oxygen into your lungs and blood, you have to be strategic about how and when you breathe during strokes.

“Swimmers learn at a very early age to take deep and infrequent breaths,” Girandola says. You’ll be able to get more air — and therefore, oxygen — into your lungs by taking a big breath through your mouth. Exhale through the mouth as well.

It’s a never-ending debate: Is it best to breathe through your nose, your mouth, or both while running?

The answer may be: Whichever feels natural to you. And in most cases, that’s probably the mouth.

We all breathe through our noses at rest, “unless we have allergies or a cold or a badly deviated septum,” says James Shaffrath, M.D., a retired professor and researcher of exercise physiology from the University of California, Davis. Once we get off the couch and head out for a hard run, however, we naturally shift to mouth breathing.

This isn’t to say that you couldn’t choose to take a deep breath through your nose while you’re running a 10K, “but it’s not what you’ll do if you’re not paying attention to your breathing,” Shaffrath says. He suggests keeping your focus on where your foot will land on the next stride, and letting your breathing take care of itself. 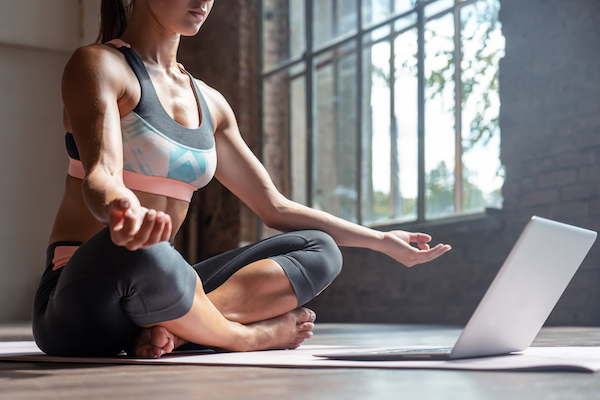 If you’re trying to unwind during a yoga class, your breath can help get you there. Instead of taking shallow breaths in through your chest, focus on taking full, deep breaths with your diaphragm, the primary muscle used in respiration. “Abdominal breathing is associated with a deep relaxation response,” Shaffrath says.

Believe it or not, breathing is actually central to the fat-burning process. After your body breaks down triglycerides (a type of stored fat) for use as energy, they are then converted to good ol’ carbon dioxide, which is what is released when you exhale.

However, simply breathing more won’t necessarily help you burn more fat. How much fat your body breaks down for energy depends first on exercise intensity and second on exercise duration.

So if you perform activities that force you to breathe harder, technically breathing more oxygen has helped you burn more fat. But the emphasis here is on the activity, not the breathing. Sorry, folks: Repeatedly huffing and puffing on the couch won’t make your excess fat magically melt away — it’ll just make you dizzy.