Can the Blue Zones Diet Help You Live Longer? 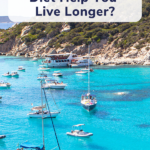 There are lots of diets that promise to help you lose weight, feel better, and get healthier. But there are only a few cultures whose diet is believed to extend their longevity — the Blue Zones diet.

Based on the eating habits and lifestyles of peoples living in classified “blue zones,” the Blue Zones diet — encompassing nine behavioral factors of which consumption is only three — boasts the means to add years to your lifespan. Unlike many other diets, however, this approach to eating isn’t a precise list of must-haves and never-eats.

In fact, individuals in these various Blue Zones don’t consume identical diets. What they do share are dietary commonalities that may help them to live longer lives. Curious how?

What Is the Blue Zones Diet?

The Blue Zones diet is based on the eating habits of five unique communities around the globe with impressive lifespans. These “blue zones” were first described in a 2005 National Geographic article by Dan Buettner. He eventually went on to author the New York Times-bestseller The Blue Zones. 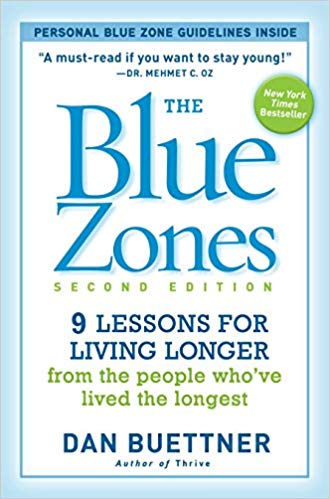 Buettner’s work expanded on longevity studies by researchers Gianni Pes and Michel Poulain. They examined which areas of the world had the largest numbers of centenarians (people who lived 100 years or more).

During their research, Pes and Poulain drew blue circles on a map around the areas with the highest concentrations. These became the Blue Zones. Together, Buettner, Pes, and Poulain designated five key locations around the world that share common characteristics that lead to improved longevity.

What Are the 5 Blue Zones?

So just where are the Blue Zones? You might be surprised to find out just how diffuse and unique these locations are. From a rocky Mediterranean island to a lush Costa Rican peninsula to an inland community in Southern California, the Blue Zones are as diverse as they are geographically dispersed. 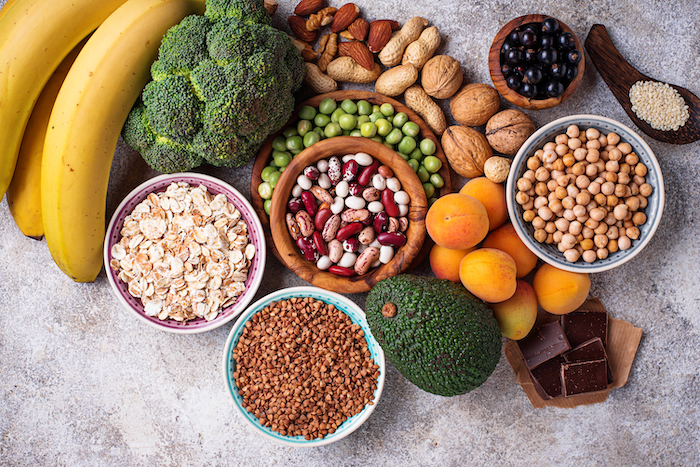 What Do People in Blue Zones Eat?

Perhaps most surprising about the Blue Zones diet is that those living in blue zones don’t eat identically. Okinawans avoid almost all dairy, while it makes up almost a quarter of the Nicoyan diet. Whole grains comprise nearly half of Sardinians’ intake, while fruits and vegetables represent 50 percent of Seventh-Day Adventists’ regimen.

“While they do have some differences, it’s what they all have in common that we believe can move the needle for long term health,” explains Buettner. Despite their variety, Buettner found the diets of those in the Blue Zones share 11 key commonalities. Here are five of the biggest.

Mostly plants: “Across the board, the longest-lived people in the world are getting over 90 percent of their calories from whole plant foods,” says Buettner. For people in the Blue Zones, their diets consist of a majority of fruits, vegetables, grains and legumes — upwards of 95 percent for some communities.

This stands in contrast to the traditional American diet in which 27 percent of calories consumed come from animals. More alarming, 37 percent of that diet consists of sugar and fat, according to National Geographic.

If you’re looking for the biggest blue zone bang for your buck, start here, suggests Buettner. “If you’re eating mostly plants, you’ll be filling your plate and your body with nutrient-dense foods and pushing other processed foods out of your lifestyle.”

The whole food: The term gets thrown around so freely you could be excused for no longer knowing what it means to eat “whole foods.” Simply stated, denizens in blue zones eat single-ingredient, naturally occurring foods in their entirety. Not components of foods broken down industrially. Not Cliff Notes versions of foods that skip to their tastiest parts (e.g. separating juice from pulp).

If it’s a grain, eat the germ and the bran, rather than a bleached, refined flour derived from what’s left. If it’s a vegetable, eat all that’s edible, rather than skinning, peeling, or consuming the fried-chip version of it. If it’s fruit, eat it un-dried and un-juiced to enjoy all of its benefits.

Daily beans: Another longevity powerhouse among blue zone eaters is legumes. Most inhabitants living in blue zones consume ½-1 cup of beans per day, says Buettner. They’re not only inexpensive and easy to preserve, they offer a good balance of proteinand complex carbohydrates, and are high in fiber.

Black beans… white beans… lentils… garbanzos… While each blue zone region may consume different types of beans, they each have their own unique culinary traditions to make them taste good, says Buettner.

Drink water. That’s about it: Soda is not a healthy hydrator. Neither are energy drinks, milk shakes, or purple fluid in foil-top plastic barrels. Which is why Buettner says most blue zone centenarians have never even heard of them.

Exceptions for blue zoners include coffee, tea, and the occasional glass of wine, all of which can be prepared naturally — and even deliver benefits of their own. Water is essential for nearly every biological process, so you might as well consume it uncut.

Nuts about nuts: If you need a snack, choose nuts. According to Buettner’s research, blue zoners eat about four ounces of them per day — about the size of two complete handfuls.

The Adventist Health Study-2 found that nut eaters live longer and have fewer heart problems. The study found that Adventists who noshed on nuts at least five days a week lived on average two years longer than their nut-eschewing counterparts.

And the specific nut isn’t the secret; Nicoyans prefer pistachios while Ikarians opt for almonds. Your best blue zones diet option? Consume a wide range of nuts, which can provide a variety of important nutrients including protein, vitamin E, selenium and magnesium.

You can see the rest of the Blue Zones Diet food guidelines here.

While people in Blue Zones limit meat, dairy and sweets, alcohol — especially red wine — is a key daily component for many. “People in four original blue zones areas drink alcohol moderately and regularly,” explains Buettner. “The trick is to drink one to two glasses per day with friends and/or with food; not an all-out binge on Saturday night.”

It’s also important to note that those aren’t 32-ounce Big Gulps of red wine, rather servings of 3-4 oz. each. Cannonau wine from Sardinia (known elsewhere as Grenache or Garnacha) is especially beneficial. Compared with other wines, research has shown that it contains two or three times the level of flavonoids, which pack a powerful antioxidant and anti-inflammatory punch.

While research on the benefits of moderate drinking has been mixed, recent studies suggest that moderate alcohol consumption (give an amount, i.e. 1 glass/day for women 2 for men) may increase your longevity and could possibly help to maintain cognitive health.

Along with water, tea, and wine, coffee is a staple beverage for those living in blue zones. “Coffee is a daily ritual in most blue zones areas,” Buettner says. “Most centenarians drink up to two or three cups of black coffee per day.”

Studies have found that moderate coffee consumption promotes heart health. Other studies suggest that a few cups of joe a day can positively impact blood sugar, depression, and obesity.

However, the way coffee is consumed in blue zones may be key to its benefits. There, it’s usually enjoyed black or lightly sweetened, and savored slowly not guzzled while rushing to work.

Other Traits of Those Who Live In Blue Zones

The benefits enjoyed in Blue Zones aren’t attributable solely to diet. Along with a team of medical researchers, anthropologists, demographers, and epidemiologists, Buettner found nine key factors that have the biggest impact on lifespan.

It’s important to remember that diet is just one element of the Blue Zones’ Power 9, as Buettner calls them. And while diet is key, says clinical nutritionist Jacqui Justice, M.S., C.N.S., there aren’t enough leafy greens and beans you can eat to overcome the modern-day stresses plaguing many people.

“When you look at the Blue Zones Diet, lifestyle is definitely a key element,” she says. “Sure, almost every single dietitian, nutritionist, and wellness doctor would agree that most people need more veggies. But stress is also a tremendous aspect for most people. ”

Buettner agrees. “While diet and exercise are important, if you’re stressed, lonely, or aimless, you may have a hard time reaching your 100th birthday,” he says. Stress in particular causes inflammation in your body, which is endemic in almost every age-related disease.

So eat more fruits and veggies. Add some beans to your diet. But also look for ways to decrease your daily stress, be physically active, and connect more with family and friends. Maybe even over a glass of wine and a handful of nuts. 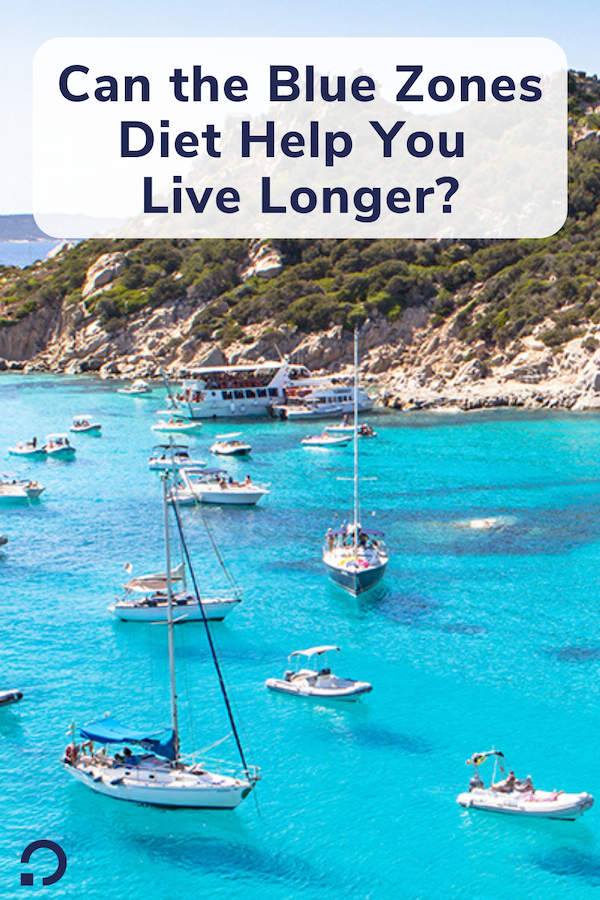