How Does Beta-Alanine Help Your Workouts? How much endurance do your muscles really have? Try sprinting around a track for as long as possible — you probably won’t be able to keep this up for more than a few minutes or a couple of laps. But you can improve how hard you can go and how much you can accomplish before your muscles give out.

The obvious way is training, but did you know that proper supplementation can help? Here’s the part where you learn everything there is to know about beta-alanine, a key ingredient in LADDER Pre-Workout that’s receiving a lot of attention for its ability to help delay fatigue and boost endurance.

Try LADDER Pre-Workout before your next workout for an extra boost of energy and focus to keep you sweating. Order it now risk-free! 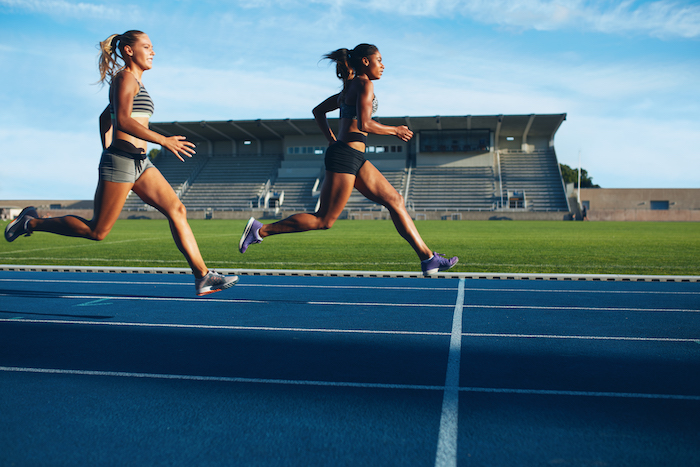 We’ve all been there: You go to the gym, you’re working hard, and you just… can’t… finish.

“Beta-alanine is an amino acid, and the reason it’s getting a lot of attention is that supplementing with it can help improve exercise performance, specifically by delaying muscular fatigue,” says Openfit Director of Fitness and Nutrition Content Trevor Thieme, C.S.C.S.

How Does Beta-Alanine Work?

According to the National Institutes of Health, beta-alanine supplementation can help increase the synthesis of carnosine, a compound that buffers the acidification of muscle.

Think about how you “feel the burn” during intense exercise, and how it builds until it gets so severe that you have to stop. Carnosine acts like a scavenger, helping to clean up some of the metabolic waste from cellular energy production that causes that burning sensation — and the subsequent reduction in athletic performance.

Without carnosine, you’d feel the burn a lot sooner and more intensely in your workouts. Conversely, the greater your carnosine stores are, the more effective you are at delaying that “muscular fatigue.”

Why not just take carnosine, then?

You’re probably wondering: If carnosine is the key to completing longer, more intense workouts, shouldn’t we all just be consuming more carnosine? Well, no.

“When you consume carnosine [either in supplement form or through dietary sources] the body breaks it down into L-histidine and beta-alanine, then reassembles those amino acids back into carnosine inside of muscle cells,” says Thieme. But there’s usually less beta-alanine available in cells than L-histidine.

“By supplementing with beta-alanine, you can increase your body’s ability to synthesize and store carnosine in muscle tissue,” says Thieme. “The result: a greater ability to buffer muscle acidification and help delay fatigue.” 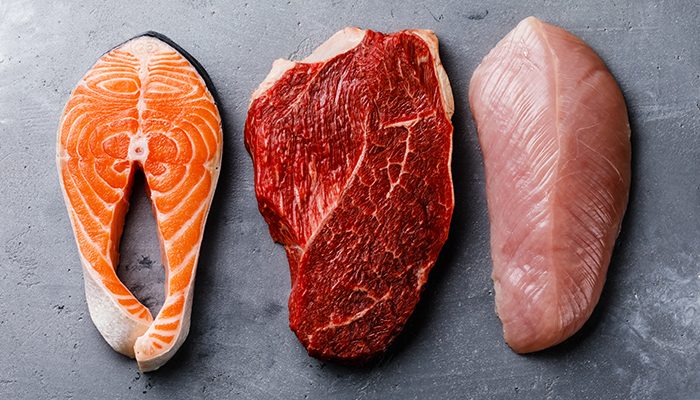 The top food sources of beta-alanine are those that are high in carnosine. As mentioned above, the body breaks down carnosine during the digestion process, releasing beta-alanine. As you might guess from its root letters (c-a-r-n), that means meat:

Whether you’re supplementing with beta-alanine on its own or getting it through a pre-workout supplement like LADDER Pre-Workout, here are the ways it can help you perform better inyour workouts.

Beta-alanine can prolong your time to exhaustion (TTE), meaning it may help you exercise longer. A review of studies published in the Journal of the International Society of Sports Nutrition found that beta-alanine supplementation improved TTE in cyclists and runners. The greatest benefits were found in tasks that lasted from 1 to 4 minutes.

The ISSN also reported on two studies that found that taking beta-alanine for 28 days can increase physical working capacity at fatigue threshold (PWCft). In other words, it can help prevent your muscles from conking out.

“Beta-alanine has been shown in scientific research to improve exercise performance, especially those requiring short, intense bursts of energy,” says Elliot Reimers, CNC, an NASM-certified nutrition coach in Idaho Springs, Colorado. The ISSN researchers in the review mentioned above concluded that daily supplementation with beta-alanine for at least 2 to 4 weeks has been shown to help improve exercise performance.

Beta-alanine may help you gain lean muscle while losing weight. That’s the conclusion of a study published in the Journal of Strength and Conditioning Research, which found that college wrestlers who supplemented with beta-alanine for eight weeks dropped weight but gained lean mass (i.e. muscle) compared to a placebo group that lost weight and muscle.

When to Take Beta-Alanine

Thieme says an effective strategy is to consistently consume beta-alanine 30 to 60 minutes before your workout. If you take LADDER Pre-Workout, you’ll get an effective dose of beta-alanine, along with other performance-enhancing ingredients such as caffeine, creatine, and L-citrulline.

But’s important to note that you probably won’t see results right away. “Keep in mind that it takes time to elevate carnosine concentration in your muscle cells,” says Thieme. “You’ll likely notice improvements in exercise performance after a month of daily use.”

Why Does Your Skin Tingle With Beta-Alanine?

One common side effect from beta-alanine consumption is a harmless symptom called paresthesia. It’s characterized by a tingling sensation throughout the body, and most often occurs with higher amounts.

If you experience paresthesia, try taking several smaller servings of beta-alanine throughout the day instead of one or two large ones.