The Best and Worst Cooking Methods

There’s an old culinary expression that goes something like, “It’s not the firmness of your zucchini, it’s the way you cook it.” In other words, buying (or growing) the right foods is crucial to good health, but if you don’t prepare them properly, you’ll throw all that grade-A nutrition out the window.

Whether we’re talking organic fruits and veggies, grass-fed beef, or whatever else you’re feasting on tonight, the trick is to keep both fat and cooking time to a minimum if you want to retain the nutrients in your food. 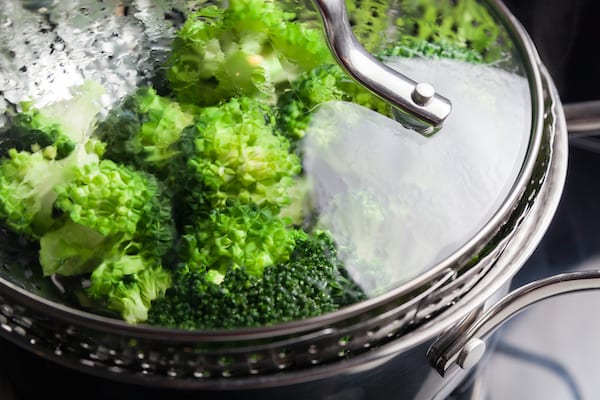 While dropping foods in boiling water is better than dropping them in boiling oil, it’s not ideal, given it tends to leach nutrients and taste. Steaming keeps food above the water, so the nutrients—and flavor—are more likely to stay put. It’s also a good way to slightly break down fibrous foods for people with digestive issues, ranging from Crohn’s Disease to general gassiness. Almost any food that can be boiled can be steamed. All you need for steaming is a metal colander for holding the food and a tight-fitting lid for the pot.

Stir-Frying
Traditionally an Asian cooking technique, the difference between stir-frying and regular frying is that you’re cooking small pieces of food at high temperatures—therefore you don’t need as much fat or oil. In fact, instead of cooking oil, you can use broth or wine. Although using a wok is an ideal way to stir-fry, it works in any pan, provided you use high-heat and minimal fat, and you chop up your food into small pieces so that it cooks faster. An important tip—if you’re using a nonstick pan, don’t use a metal spatula. It will scratch the Teflon and make the pan unsafe to use.

Broiling and Grilling
These great American cooking methods are winners, when done right. When you expose food to direct heat, it leaves it crispy on the outside and tender on the inside. This helps seal in flavor and nutrients. It doesn’t require cooking oil, and excess fat drips away. (If you’re grilling, you’ll need to clean up those drippings at some point, which is kind of a pain, but let’s not worry about that now.) There are a couple things to keep in mind. First, avoid charring as much as you can. The blackened (i.e., burnt) bits can actually be carcinogenic (cancer causing). Second, avoid charcoal grilling since the smoke is also carcinogenic.

Best bets for grilling and broiling are meats, poultry, and certain fish and veggies. If you’re having problems with veggies or flaky fish falling through the grill, invest in a fish and/or veggie basket, which will hold your food in place so it doesn’t get lost in the cracks.

Poaching
Yes, we know we just dissed boiling, but poaching—which is basically just a fancy word for boiling—can be okay in some situations. Gently simmering meats, poultry, eggs, or fish in water or liquids such as wine and broth adds flavor and prevents them from drying out. It also avoids the fats needed for frying and the charring that comes from grilling. And if you poach those foods in a soup or stew, you still get all the nutrients because they leached into the broth.

Pressure Cooking
Think of your pressure cooker as a holistic microwave. By steaming foods under pressure at extreme temperatures, cooking happens super-fast, keeping nutrients in and making this medium a real time-saver. In less than a couple hours, you can turn a pile of tomatoes and veggies into a big pot of healthy, delicious pasta sauce that you can freeze in individual containers for months. In addition to sauces, pressure cooking is ideal for legumes, grains, and meats. Be careful with veggies though because they can easily become overdone.

Baking/Roasting
Sorry, we’re not talking about baked cakes and pies. Instead, think seafood, poultry, lean meats, and veggies. You don’t need added fat to bake or roast and it’s a great way to intermingle the flavors of produce and/or meats. 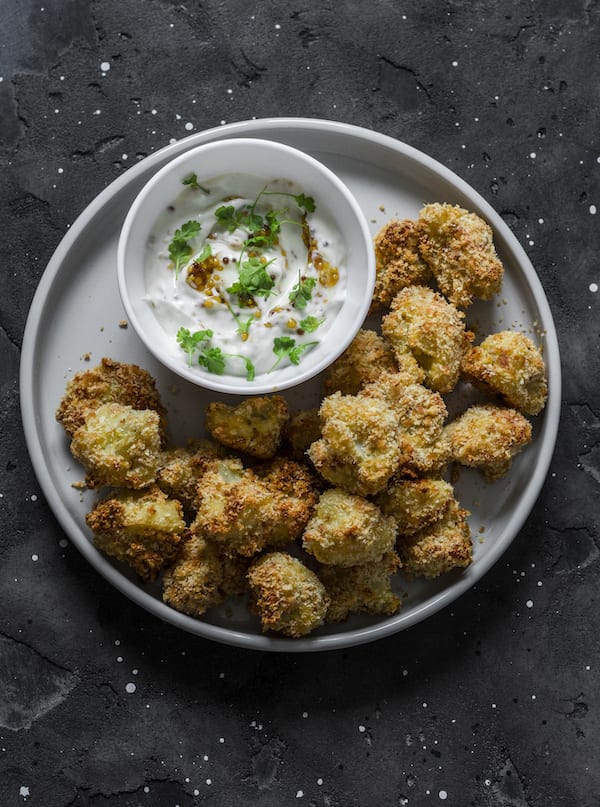 Not only are you adding fat to your food, but it’s probably really, really bad fat. High heat oxidizes polyunsaturated fats in, well, almost all vegetable-based cooking oils, killing their nutrients and potentially turning them carcinogenic. Coconut oil is a notable exception because, since it’s a saturated fat, it doesn’t oxidize. But still, by frying in it, you’re adding a lot of fat to your meal, making it difficult to balance your daily fat intake with protein and carbs. Also, deep-frying decreases the antioxidant nutrients in foods, nullifying one of the main reasons we need vegetables.

Pan-Frying
This one is nearly as bad as deep-frying. In some situations it can be even worse because if you do it at too low of a temperature, your food will absorb even more oil.

Microwaving in Plastic
Microwaving is, by far, the most controversial cooking method around. There’s plenty of debate as to the health benefits—or detriments—of vibrating food molecules to heat food up. We don’t microwave for two reasons. First, it doesn’t do food any favors from a culinary perspective. Second, microwaves didn’t come into general use until the late sixties—not even a generation ago—so how can we know their long-term effects? Between that and all the contradictory research, it’s just not worth it to us. On the other hand, we don’t know of any truly compelling research causing you not to use them and they do cook food quickly without added fat. So the choice is yours.

However, there’s no denying that microwaving in plastic is bad news. The plastic can actually leach into the food. Especially troubling are meats and cheeses because their fats absorb a carcinogenic chemical in plastic called diethylhexyl adipate. The FDA requires pretty stringent testing for “microwave-safe” plastics, so if you see this claim, that means the leaching falls within an “acceptable” amount. Personally, we find using a pressure cooker even more “acceptable”—and delicious.