18 of the Best Vegan Foods At Trader Joe's

As if we didn’t love Trader Joe’s enough already, they carry some of the best vegan food you’ll ever taste. Whether you’re a committed vegan or just trying to eat more plant-based meals, the list of vegan products at Trader Joe’s is filled with delicious, innovative, inexpensive options. That’s a win-win. (Well, more like a win-win-win.)

Not sure where to start? Use this list as a shopping guide. 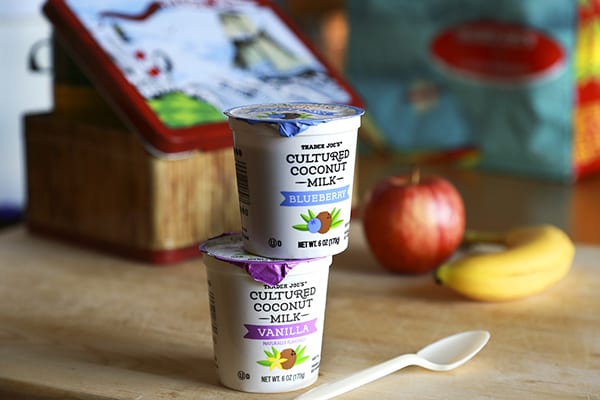 Made with organic coconut milk and coconut cream, Trader Joe’s cultured coconut milk is a vegan yogurt that’s a nearly spot-on imitation of the real thing. It’s creamy, sweet, and comes in two flavors: blueberry and vanilla. As with most yogurts, it’s high in sugar (20 grams a cup), so make sure to balance it with some protein and fiber.

This soft and mild vegan cream cheese is made with coconut oil and sunflower oil, which makes it a bit thinner than vegan cream cheeses that have a nut base. Use it plain, pair it with jam, or sprinkle it with TJ’s Everything But the Bagel seasoning to ramp up the flavor.

These grab-and-go oatmeal cups come in a strawberry raspberry flavor or a tart cherry, chia, and pumpkin seed flavor. Made with simple ingredients like rolled oats, chia seeds, and fruit, they’re a healthy, low-sugar option for breakfast. Plus, each cup has six grams of fiber and nine grams of protein to start your day off right. 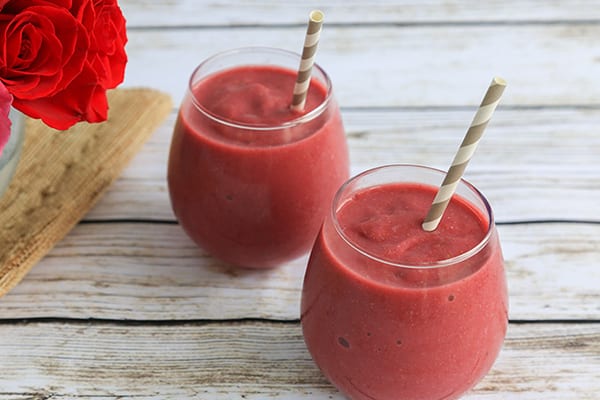 With its creamy texture and nutty flavor, this drink is delicious served over ice — but it can also be poured into coffee or used as the base for a healthy cherry-and-beet smoothie. Even better, it only has 30 calories per one-cup serving.

This dairy-free cashew-almond-coffee concoction is a fun way to level up your morning brew. The vanilla, cinnamon, and dates provide sweetness without added sugars. Drink it on its own, or use it to jazz up an average cup of Joe. 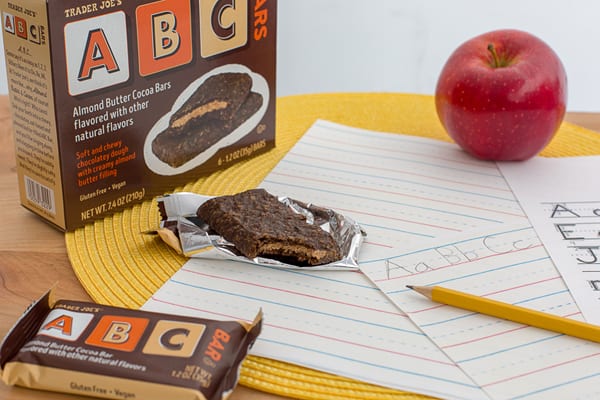 Trader Joe’s vegan and gluten-free almond butter cocoa bars are chocolatey, chewy, and creamy. They’re made with oat and rice flour, almond butter, cocoa, and sea salt, and are just sweet enough to taste like dessert. Toss them in your bag or office desk drawer for an afternoon treat.

These little cornbread-flavored crackers are totally addictive — snack on them plain, dip them in hummus, add them to salads for a crunch, or serve them alongside a bowl of vegan chili. 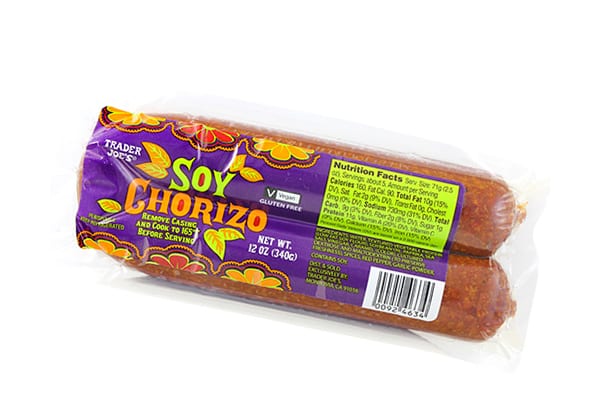 A tasty addition to any meal, this tempeh is hearty and has a rich, nutty flavor. Plus, it has 20 grams of protein per serving. Crumble it up and toss it on salads, stuff it in a sweet potato, or add it to soup.

This convenient, microwaveable cup of soup is ready in minutes and loaded with umami goodness. What sets it apart from the usual ramen mix? Along with your seasoning packet, each cup includes a packet of blended oils to stir in for a perfectly smooth and savory broth.

Spicy and savory, Trader Joe’s vegan Soy Chorizo is an incredible alternative to the real thing — and it contains 11 grams of vegetable protein per serving. Use it as the star ingredient in tacos, chili, potato hash, or stir fry.

With a mix of avocado, garlic, lemon, onion, chives, parsley, and basil, Trader Joe’s vegan Green Goddess Salad Dressing is packed with flavor. And it only has 20 calories and zero added sugars per serving, so you won’t feel guilty drenching your salad in it, or dressing up roasted veggies or vegan tacos. 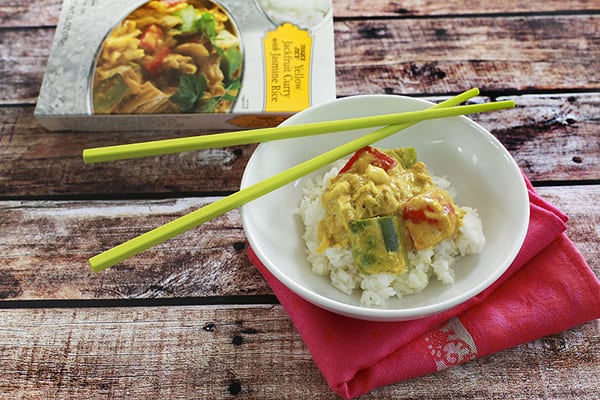 A combination of crispy breading and sweet, tangy sauce make these soy-based mandarin orange bites super yummy. They’re protein-rich to boot (16 grams per serving). Eat them as an appetizer or serve them over noodles, rice, or a bed of sautéed veggies.

Featuring basmati rice and creamy, spicy masala sauce, the meat-free version of chicken tikka masala is just as satisfying as the real thing. Plus, the soy-based vegan bites pack in 20 grams of protein. Enjoy it as is, or add a handful of roasted veggies to score some greens.

If you’re tired of tofu, pick up a package of Yellow Jackfruit Curry with Jasmine Rice — the thick jackfruit chunks have a similar texture and taste to artichoke hearts, and the coconut milk-based curry sauce tastes as good as takeout.

As far as easy, filling dinners go, this vegan stir fry takes the cake. It’s loaded with cauliflower rice, peas, red pepper, spring onions, and grilled corn, and seasoned with tamari, sesame oil, and ginger. It’s filling on its own, but if you want to beef it up, try adding baked tempeh or sautéed carrots. 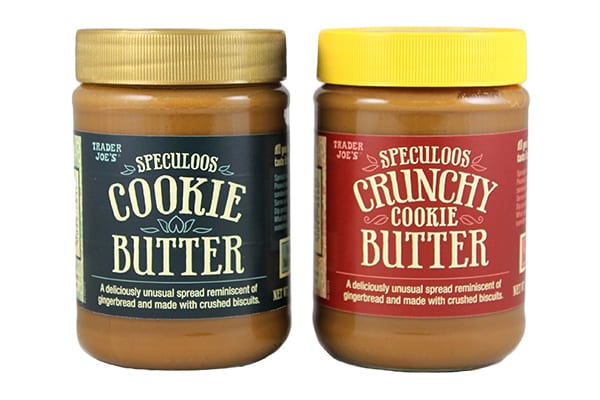 These cookies are soft, sweet, and perfect with an afternoon cup of tea or a scoop of vegan ice cream. The ingredients include healthy baking substitutes like sorghum flour, date paste, cinnamon, and fruit juices.

These non-dairy mini-desserts feature vegan ice cream between two soft, melt-y chocolate cookies — just like an old-school ice cream sandwich. Best of all, these decadent treats only have 90 calories per serving.

One of Trader Joe’s most famous products, Speculoos Cookie Butter also happens to be vegan. The sweet, spreadable topping has hints of caramel and gingerbread, and comes in smooth or crunchy form. Eat it with a spoon, melt it onto vegan ice cream, or spread it onto apple slices.