The Best Grilling Marinades for Your Summer BBQ 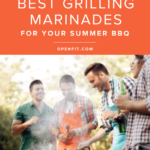 Summer barbecue season will soon be in full swing — but if you really want to grill some delicious meats, you need to put a little more thought into it than simply tossing steaks on the grill.

The best way to take your summer barbecue up a notch? Make a marinade.

How to Make a Perfect Grilling Marinade

That said, you don’t need to over-complicate things. Start with a high-quality piece of meat and let the marinade enhance — not mask — the flavor. With tougher cuts, like flank or skirt steak, marinades can also be used to tenderize.

And before you marinate anything, make sure you taste the marinade, sans meat. If it doesn’t taste good now, it won’t taste good later, Burchfield says.

What Ingredients or Flavors Are Best for Marinades?

Burchfield’s go-to marinade is a combination of light summer lager (or whatever beer you’re drinking) and soy sauce, fish sauce, honey, black pepper and a splash of sherry vinegar.

Oils with a higher smoke point — such as avocado or grapeseed oil — work better for the grill than lower-temperature oils like olive, says Chris Carter, co-founder of online butcher service Porter Road. Carter likes adding crushed garlic, fresh herbs and cracked pepper to a marinade, then salting the meat separately before putting it on the grill.

One ingredient to avoid overdoing it with: vinegar. In small amounts, vinegar adds tangy flavor. But when it’s the key ingredient in the marinade, it can cause meat to toughen, says Burchfield. Steer clear of high-sugar sauces like Worcestershire sauce, as they can burn easily. And don’t go overboard with salt — high-quality meat shouldn’t need much, Carter says.

10 Grilling Marinades to Try at Your Next Cookout

We’ve scoured the Internet to find the best easy marinades to make grilling a snap. 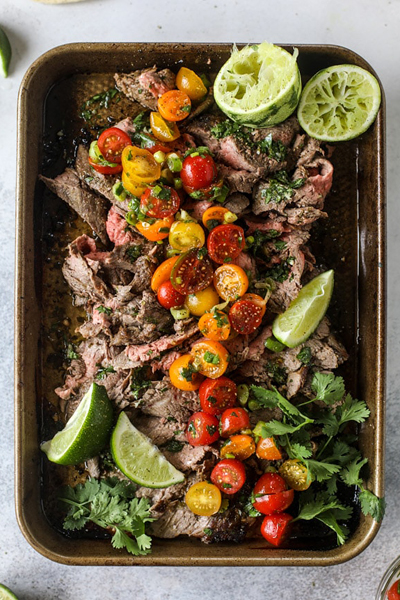 Cilantro lovers will go crazy for this green marinade, loaded with tons of the fresh herbs along with lime, garlic, and red pepper flakes for a little kick. (PSA: This steak would be amazing tucked into tacos.)

Get the recipe at How Sweet Eats.

Marinate any cut of chicken in this tangy blend made from whole-milk Greek yogurt (which makes the meat extra moist) plus a healthy amount of lemon, spices, and even a dash of cinnamon to add depth.

Get the recipe at Once Upon a Chef. 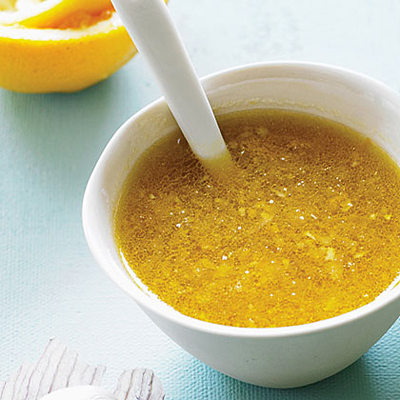 Thanks to the beer and acidic fresh orange juice, this marinade is a great one to try with tougher cuts of beef — just don’t let it sit longer than a day or the meat will begin to break down.

Get the recipe at Sunset Magazine. 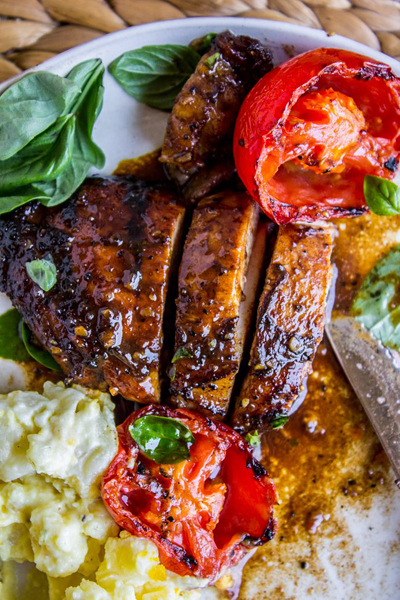 With only six ingredients — including delicious balsamic vinegar — this is easy to whip up on a busy weeknight. While letting it sit for at least four hours is preferred, it will add flavor in only 30 minutes.

Get the recipe at The Food Charlatan. 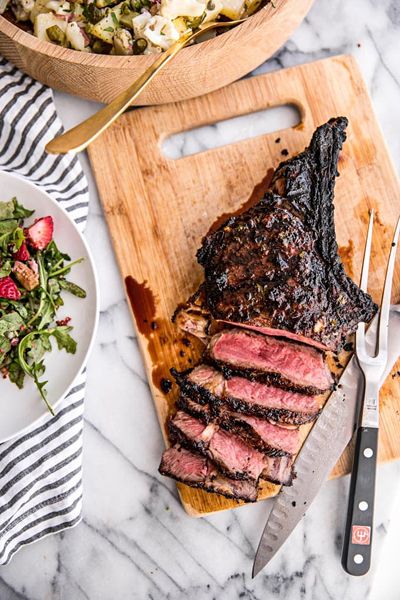 If you’re gluten free, you can still get all the flavor of soy sauce by swapping in tamari, a similar sauce with less salt and no wheat — and that’s exactly what this recipe does.

Get the recipe at Root + Revel. 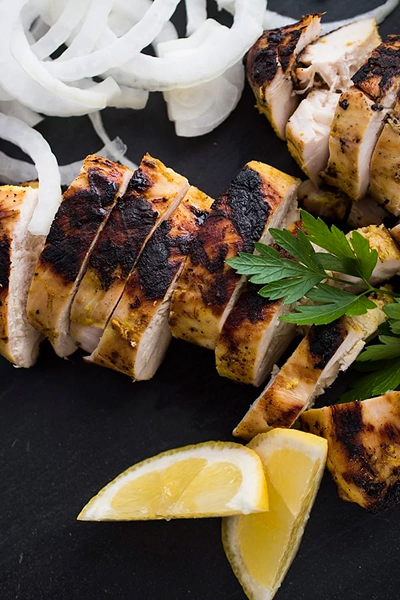 This recipe also uses yogurt to tenderize the chicken, and the addition of the Indian spice blend garam masala — along with turmeric and minced fresh ginger — takes it to the next level, flavor-wise.

Get the recipe at The Lemon Bowl. 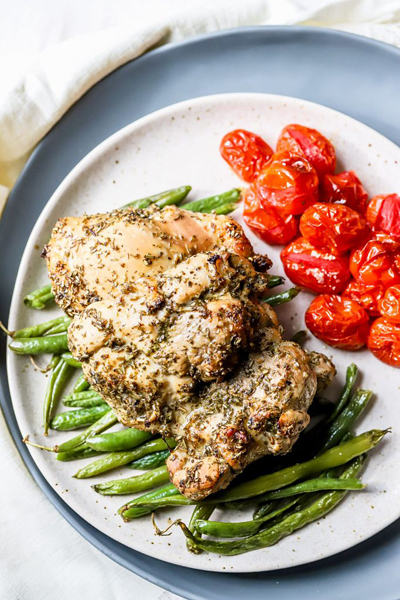 Try swapping out your typical chicken breasts for chicken thighs, which will really soak up this paleo-friendly and Whole30-approved marinade. It’s made with coconut aminos, which have much less sodium than soy sauce.

Get the recipe at Peanut Butter Fingers.

This marinade might go down as the easiest in history, with only olive oil, Dijon mustard, brown sugar, salt, and pepper — yet the result is juicy perfection.

Get the recipe at Iowa Girl Eats. 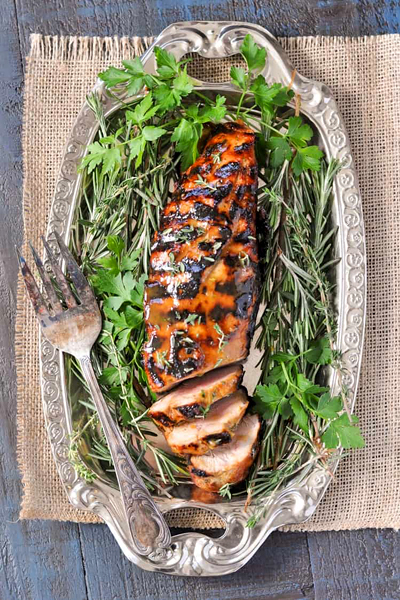 Whisk together honey, Dijon mustard, a little soy sauce, and fresh herbs like rosemary and thyme to make your pork extra tender and flavorful.

Get the recipe at The Seasoned Mom. 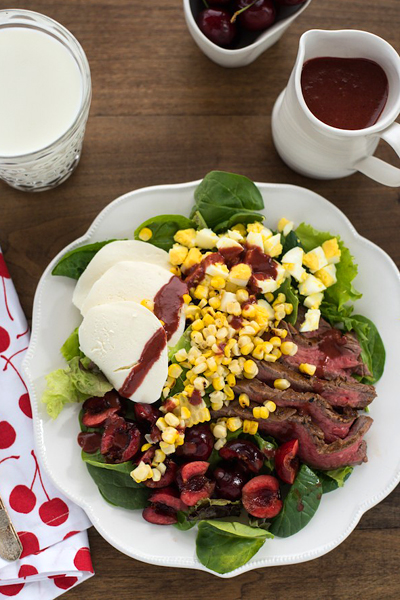 This steak marinade uses two cups of antioxidant-packed cherries blended with balsamic vinegar, oil, and Dijon mustard. Use half for a marinade, and save half to use as vinaigrette for a steak salad.

Get the recipe at Foxes Love Lemons.

Kelsey Ogletree is a Chicago-based journalist writing about wellness, travel and food for publications like Shape, Cooking Light, Robb Report and AARP. When she's not writing, find her scoping out the latest in healthy snacks and whipping up new recipes for family and friends. Follow her on Twitter.

Want to get that s'mores fix without breaking your fitness goals? Here’s a healthy alternative with our f...

Shrimp is a great food to make that’s quick and easy to make taste good. Here are some of our favorite sh...

Make a Healthier Vanilla Mug Cake in Less Than 10 Minutes

Get your sweet tooth fix with this delicious and high protein vanilla mug cake recipe. By swapping a few in...

Get in the Fall Feeling with This Pumpkin Overnight Oats Recipe

Combine the healthy oatmeal with the delicious taste of pumpkin pie with this really easy to make pumpkin o...

Crispy and tender at the same time, these butternut squash fries are a delight for both adults and kids.