Imagine you’ve just gotten home from the store with bags full of organic, wholesome, nutritious food. You feel a sense of accomplishment with your mindful, curated selections, and simply can’t wait to get into the kitchen… and render them completely useless to your body.

OK, that may be a slight exaggeration. But many of us don’t realize the damage we’re doing to our food’s potential with the ways we choose to prepare it. If you’re going to go through all the effort it takes to select the right stuff, you should take the time to avoid preparation techniques that reduce or distill its nutritional value.

And we’re not just talking flash-frying everything or dousing entire meals in butter cream sauce; it’s the little things that make a difference. From steaming to boiling to the amount of heat — all of these tiny elements can mean the difference between a full-powered meal and a meek husk of nutrition. So let’s take a look at some of the ways you can maximize your eating through careful preparation.

How to Cook for Maximum Nutrition

Here are some common cooking mistakes you can avoid making to preserve the nutrients in your food.

Broccoli can lose 55 percent of its vitamin C when you boil it. Spinach and lettuce are right behind at 51 and 40 percent, respectively. Because vitamin C is water-soluble and also sensitive to heat, it can slowly leach out of vegetables when they’re immersed in water.

What to do instead: Steam or pressure-cook your veggies. “Boiling vegetables causes greater nutrient loss when compared to steaming or pressure cooking,” explains author of the book Eat Your Vitamins Mascha Davis, RDN. “And soups are actually a great way to save the nutrients that are in the boiling water.” It’s true: Studies have shown that when the liquid used for boiling various vegetables is consumed, 100 percent of the minerals and 70–100 percent of the vitamins are retained.

A better alternative to boiling is, surprisingly, microwaving. “When it comes to vegetables, you can actually preserve more nutrients by microwaving than boiling,” says Davis. Just be sure to avoid certain plastic containers that may melt or leak toxins into the food.

Davis recommends using glass or ceramic dishes whenever possible. OpenFit Culinary Nutritionist Cameron Fiorenza, DTR, concurs: “We hear the word ‘microwaves’ and instantly associate it with negative health risks. Because microwaving actually doesn’t add outside heat from any other cooking element, food retains much of its original nutritional value.”

If you have to boil food, don’t drown it

While boiling can leach nutrients out of most vegetables, the effects can be exacerbated even further if the vegetables are boiled for too long and in too much water.

What to do instead: Keep it short, and shallow. As Fiorenza points out: “Technically, water-soluble nutrients (vitamin C, the B complex, the majority of minerals, etc.) are released when cooked in water. But the amount is time-dependent. So shorter cook times mean less time in the water, less leached water-soluble nutrients, and therefore a better food product.”

In terms of the amount of water used, it’s best to err on the side of less. “A good rule of thumb is literally using your thumb,” says Fiorenza. “When you boil whole potatoes, make sure the water level is half your thumb above the potato, and a thumb higher for other vegetables (green beans, carrots, broccoli, etc.). Vegetables need room to move when boiling, and this will ensure there’s space for cut veggies to swim.” 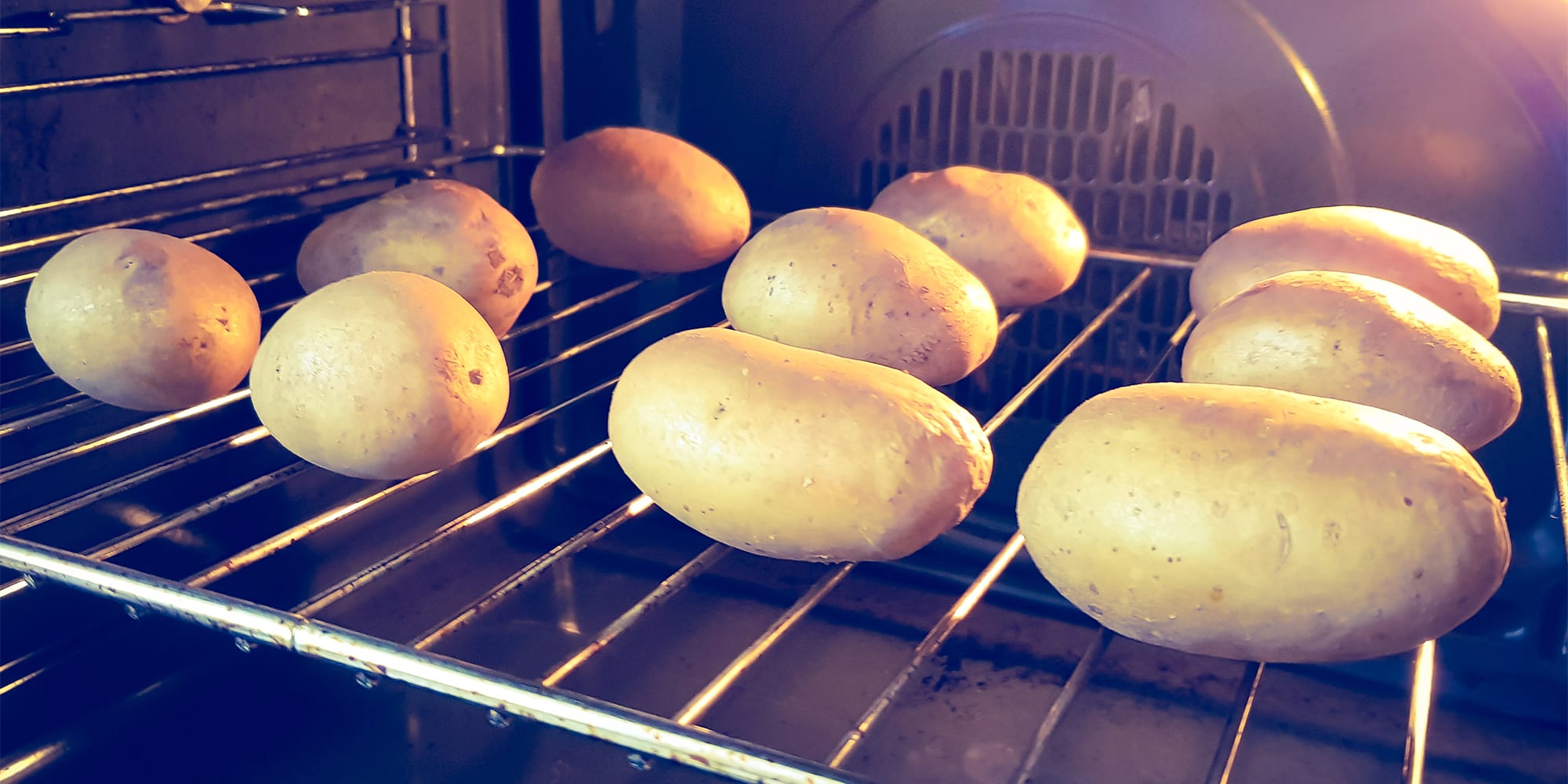 You always need to chop and peel your vegetables, right? Not necessarily. You may be robbing yourself of key nutrients through knee-jerk slicing and dicing.

What to do instead: Leave the skin on whenever possible. “Peeling vegetables is necessary in some cases for food preparation. However, this can lead to some nutrient loss, especially water-soluble vitamin C,” says Fiorenza. “Apples and potatoes are great examples: Both have skins that serve as antioxidant protectors for the delicate micronutrients stored inside. By removing them, you can physically see the transformation taking place in the form of oxidation (when those cut apples and potatoes turn brown). Vitamin C is affected by oxygen because it’s an antioxidant and therefore is best preserved when the skin is intact.”

You should also consider keeping veggies as whole as possible. “By cooking whole vegetables, more nutrients can be preserved, so making a whole potato will yield more nutrients,” says Davis. “But some nutrients are absorbed better when foods are chopped, like vitamin A in carrots. With most dishes, cooking the whole vegetable is not feasible, so I recommend using good cooking methods over cooking whole foods.”

Standing out in the open air, firing up the grill, slapping down some steaks or chicken… what could be better, right? Well, a lot. Up to 40 percent of B vitamins and minerals may be lost during grilling because the nutrient-rich juice literally drips from the meat. And as for that fragrant smoke, well, there are growing concerns about something called polycyclic aromatic hydrocarbons (or PAHs). These are potentially carcinogenic substances formed when the fat from meat drips onto a hot surface and smokes.

What to do instead: Consider broiling. Because it’s a bit more of an exact science than grilling — closer temperature and time management, essentially — and you don’t run the risk of a lot of smoke-creating fatty buildups like you do on grills, broiling is generally healthier. Foods are kept in their juices, which prevents vitamin and mineral runoff, and you cook slower at lower temperatures, which cuts down on burning, charring, and toughening.

Leftovers are often a godsend, but be wary of keeping food for too long as you may be losing nutritional value with each passing day. The longer cut produce is exposed to air, the more chances water-soluble vitamins may leach out. “Some nutrients will always be lost after preparing them. Especially since, in order to enjoy leftovers, you will have to reheat them,” says Davis. “This results in additional nutrient loss.”

What to do instead: “Vegetables can retain freshness even after being meal-prepped earlier in the week. There are a few tricks here for doing it right,” says Fiorenza. “Blanching is the best way to preserve freshness in your vegetables when applicable — cook them and shock them in ice water. This partially stops the degradation period of rot, sanitizes the outside of food, and barely cooks vegetables enough to notice they touched hot water. You don’t want to blanch all your vegetables though. When that option isn’t available, look to freeze vegetables or purchase frozen, prepared vegetables.”