What Are The Benefits of Kickboxing?

Kickboxing was once a joke: grown men and women in a ring throwing punches at each other? That’s normal. Kicking? That’s just weird.

No longer: thanks to MMA, kickboxing classes, gyms, and clubs are increasingly popular and widely available.

To the regular exerciser, though, they can appear a little intimidating. Will you get hit? Is it hard? Will they throw you in a ring with a brawler named Günter? And, at the end of it all, what do you get out of it?

Pick up kickboxing techniques while working out with Openfit’s Rough Around The Edges program, taught by professional stuntwomen, try it free today! 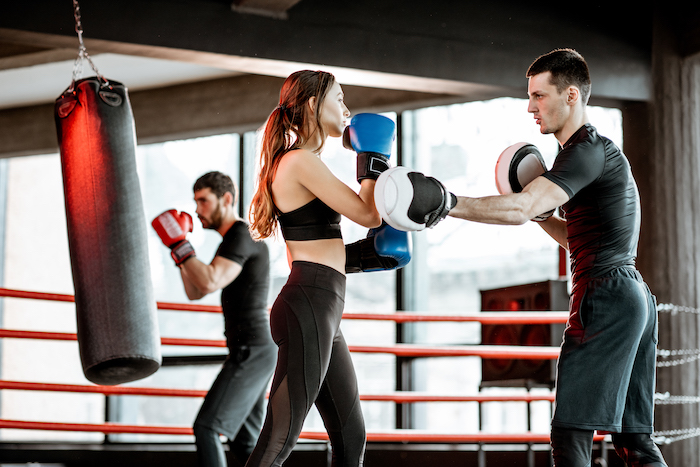 The Benefits of Kickboxing 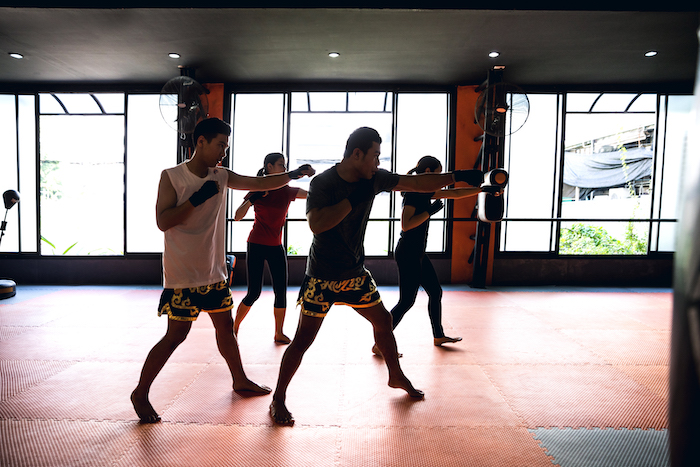 What Happens in a Kickboxing Class?

No, you won’t be forced to fight on your first day. In fact, in most gyms, live sparring is limited and optional. The focus, instead, is on building skill and fitness—safely and gradually.

“A good instructor keeps things simple,” says martial arts instructor Ryan Bottiglieri, AIMA, a 3rd-degree black belt in Shotokan Karate. “If you can pick up one or two techniques in a class, that’s a win, and you can build on that.”

In a typical class, you’ll spend a few minutes in class, wrapping your hands—which protects the bones while you punch. Next, you warm up with some dynamic stretching as well as jumping rope and shadowboxing. Then the work begins with bag drills and combinations and for some classes partner mitt drills. The class usually ends with some kind of finisher, whether that is core work, cardio work, or bag drills. 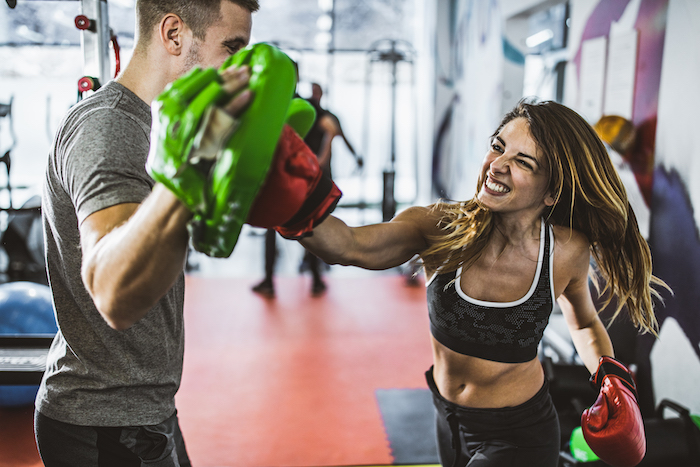 Like any fitness class, kickboxing elevates your heart rate. When you’re starting, kickboxing can feel like a remedial dance. You’re figuring out your footwork and your form.The main workout you’ll get is from the neck up, as you try to retain all the instructions your coach is giving you. But before long, the basics will start to feel natural and smooth. “It can look intimidating at first,” says Bottiglieri. “But kickboxing is really only about a dozen moves—three or four punches, elbows, knees, roundhouse kicks, and front kicks.”As you master those fundamentals, your tempo will increase, as will the physical challenge of the class. Before long, you’ll be doing it all confidently, and burning tons of calories—roughly 500 for smaller people, up to 1000 in an hour for larger ones—in the process. The harder a kickboxing class gets, the more it resembles the stress and intensity of an actual sparring match. Stay motivated and engage in learning the skills it takes to kick-box.

We spoke to the Openfit Teammates who have received the most badges about their accomplishments, goals, and...

Bodyweight vs Weight Training: What Workout Makes Sense for You?

Your fitness goals will determine whether you want to use bodyweight or weights. Here we will cover the pro...

Don’t Have Fitness Equipment? Here’s How to Get a Great Workout Anyway

Bodyweight exercises can help you build strength and endurance from just about anywhere. Here's a full-body...