Should You Drink a Beer​ Post-Workout? These Recovery Brews Think So

Beer and sports have a long and complicated love affair. Sure, a cool six-pack and an NFL Sunday Ticket marathon feel fated to be together — but what about cracking open a brew after you’ve just run an actual marathon?

Recently, a slew of brewers around the country have introduced a new breed of beer — the recovery beer — crafted to replenish electrolytes and hydrate after a workout. But there are differing opinions on the value of these beers. We consulted with Team Yay and Team No Way for the buzz on post-workout suds.

Beer’s a novel concept for post-workout recovery, but LADDER Whey Protein is a proven formula for increased muscle protein synthesis. Buy it here!

Is It OK to Have a Beer After a Workout?

The bottom line on whether you should drink beer after working out comes down to common sense. If you’ve just run a marathon or played a full-length, professional soccer game, for example, then drinking beer isn’t the soundest strategy for recovery, explains Samantha Heller, MS, senior clinical nutritionist at NYU Langone Health.

The main reasons: 1.) Alcohol has a diuretic effect and 2.) your body might also need to replenish its electrolytes and glycogen (the stored form of glucose, your body’s primary energy source). In which case, a nonalcoholic sports drink designed to do that would be most effective.

In this spirit, German Olympians have been chugging nonalcoholic beer like it’s Gatorade. And some researchers have found drinking beer with low ABV, or alcohol by volume, in moderation along with water has no negative effects on hydration.

The Health Benefits of Beer After a Workout

When consumed in moderation, the potential health benefits of beer include a protective effect against cardiovascular risk, antioxidant levels comparable to wine, and plant-based phenols that have anti-inflammatory and possibly even antiviral properties. Taking a closer look at beer nutrition facts, an average can of beer — even a basic Budweiser — contains some electrolytes, such as potassium and sodium.

Recovery beers amplify those components. “Most beers also have some small amounts of carbohydrates which could promote a little bit of fuel restoration,” says Jason Machowsky, RD, CSSD, RCEP, CSCS, board-certified sports dietitian and exercise physiologist at the Hospital for Special Surgery in New York.

The Negatives of Drinking Beer After a Workout

“If you add fiber to ice cream, it’s still dessert. And if you add sodium to beer, it’s still an alcoholic beverage,” says Heller. She cautions that drinking beer post-workout brings the standard pitfalls associated with donning beer goggles, like impaired judgment or overindulgence.

“After a Saturday softball game, a three-mile run, or a 45-minute workout, it’s unlikely that the average person will have depleted their [glycogen] stores enough for concern,” she continues. “However, a serious athlete or anyone who has done more than 90 minutes of intense physical activity would need to think about rehydrating and replenishing glycogen stores.”

While studies haven’t found that drinking a beer or two hampers recovery, they don’t say it benefits the process either. “I think the real takeaway is that a post-workout beer or two can be a great way to celebrate a hard, physical challenge with friends,” explains Denis Faye, executive director of nutrition for Openfit. “But don’t kid yourself into thinking it’s cutting-edge hydration.”

The reason you crave beer after a workout is because it’s crisp and refreshing. And you’re not alone — some of the country’s top brewers also lead active lifestyles and love kicking back with a cold one after working up a sweat. Here are some of the hottest recovery beers on the market right now. 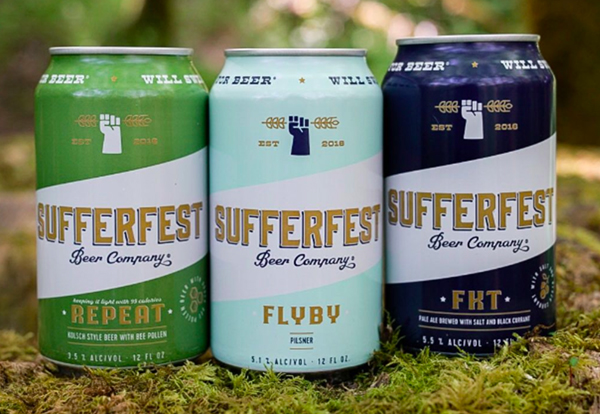 “Our beers are also gluten-removed,” she says. “Prior to our launch, we found that nearly 50 percent of our pro-athlete friends were interested in removing gluten from their diets.”

The award-winning Repeat Kolsch has 95 calories, 5 g carbs, and just 3.5 percent ABV. A can might not exactly give you a buzz, but it does feature the aforementioned bee pollen! 🐝 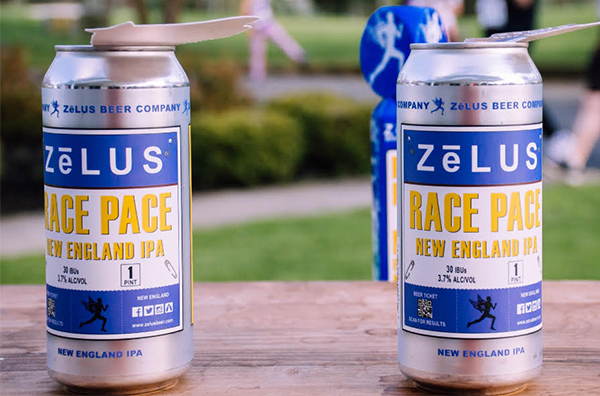 Avid runner and former triathlete Geoff Pedder, founder of Zelus Beer, a Massachusetts-based brewery specializing in low-ABV, hydro-friendly beers crafted for active lifestyles, is the first to tell you to take recovery beers with a grain of salt — literally.

“We developed our recipes using a natural brewing process to adjust water profile with brewing salts — such as sodium chloride, calcium chloride, calcium sulfate, and proprietary potassium salts — to increase the minerals that exist in beer anyway,” he explains. “But we don’t make any particular claims about our beer. We only hope people enjoy them.” 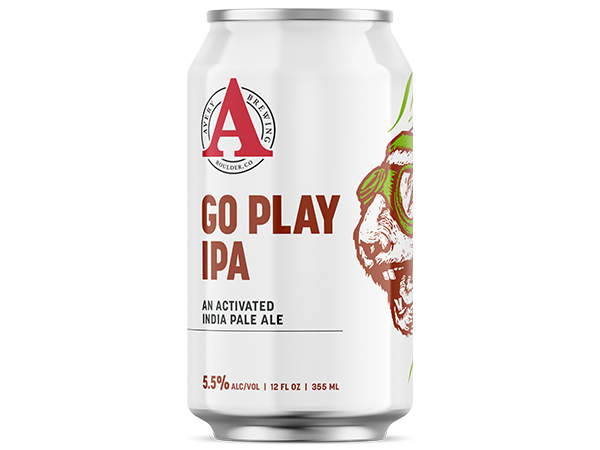 Based in Boulder, Colorado, a city known for its active lifestyles, founder and brewer Adam Avery — who also rides a road bike, mountain climbs, and surfs — was inspired for the basic concept behind Go Play IPA by electrolyte supplements you ordinarily add to water.

“I thought there had to be a way to balance the yin and yang of life and make a beer that tasted good and also had an extra dose of sodium and potassium,” he says. The results are a juicy IPA with 5.5 percent ABV. “People who understand and get it, love it,” he says. 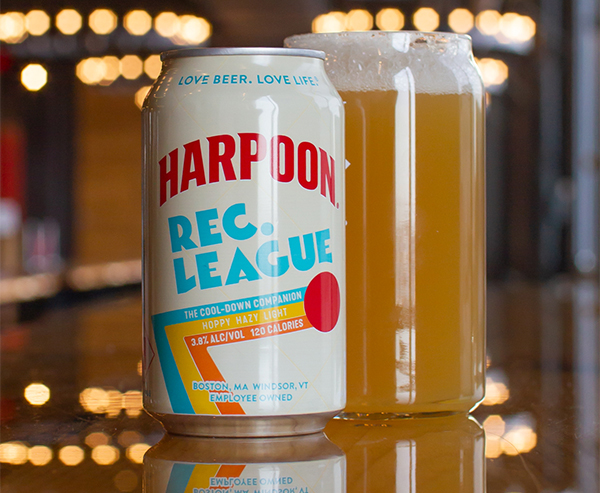 Made with chia seeds and toasted buckwheat seeds that have minerals such as manganese, magnesium, phosphorus, zinc, and selenium, as well as B vitamins, Rec. League also has Mediterranean sea salt and potassium to replenish what you sweat out.

“We try not to take ourselves too seriously, but there is something so simple and fun about getting out for a run and finishing with a beer or two,” explains Chris Bonacci, head of marketing for Harpoon Brewery. “This hazy pale ale is only 120 calories and 3.8 percent alcohol, so you don’t have to choose between flavor and calories.” 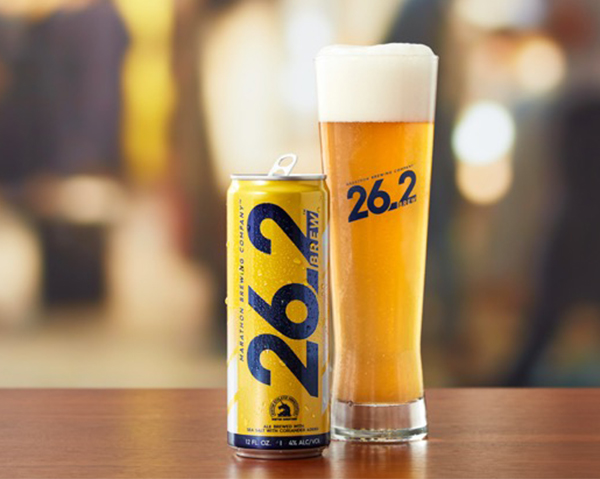 First developed in 2012 for the Boston Marathon — and now the race’s official beer — 26.2 Brew is crafted for runners with 4 percent alcohol, 120 calories, and 9 g carbs. “I’ve always enjoyed an ice-cold beer post-run, so I set out to create one that my running community and I would choose to drink,” explains brewer Shelley Smith, who is an accomplished runner and triathlete.

“Many of the running clubs I’m a part of go out for beers after runs, and it’s just a great way to celebrate.” The light wheat ale is infused with Himalayan sea salt and coriander for a crisp body and refreshing finish.