What Are the Benefits of Astaxanthin, and Should You Take It? 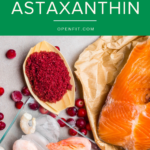 “Eating the rainbow” is more than just a trend to get Instagram-worthy photos at every meal. Vibrant and bright foods contain various phytonutrients that help your body in a number ways, often thanks to their antioxidant-like and anti-inflammatory properties. There are thousands of these phytonutrients out there, and today, we’re talking about one in particular — astaxanthin.

What is it? Hint: It might have you seeing red, so to speak. And in case you’re wondering already, it’s pronounced ahs-theh-zan-than.

“Astaxanthin is an example of a carotenoid,” says Lauren Manaker, MS, RDN, LD, owner of Nutrition Now Counseling. “Carotenoids are what gives foods like watermelon and tomatoes their vibrant color.” Carotenoids come in bright shades of red, orange, and yellow and include beta-carotene, lycopene, lutein, and zeaxanthin, and the star of the hour — astaxanthin.

Where Does Astaxanthin Come From?

Astaxanthin supplements are common, but this antioxidant-like compound is also naturally occurring in many foods you might already eat – including salmon, rainbow trout, shrimp, and crayfish, says Natalie Rizzo, MS, RD, author of The No-Brainer Nutrition Guide For Every Runner. It’s also found in microalgae, fungi, algae, yeast, krill, sea bream, quail, and shrimp. Fun fact: It’s what makes flamingos pink because of the algae, shrimp, and other crustaceans they eat!

What Foods Have Astaxanthin in Them?

Want to integrate more foods with astaxanthin into your diet? Think pink (and red). “It is found in certain algae and naturally pink or red seafood, such as salmon and shrimp,” says Manaker.

If you don’t eat fish, red algae and red yeast are the most common vegetarian sources of astaxanthin, adds Rizzo. Haematococcus pluvialis is a type of red algae that was first commercialized in Hawaii, so you’ll often see supplements marketed as “Hawaiian astaxanthin.”

What Are the Benefits of Astaxanthin? 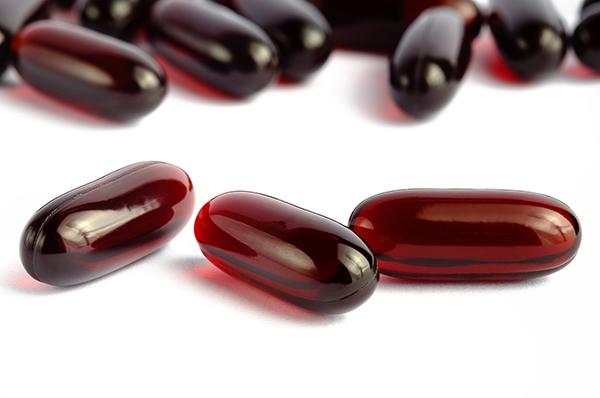 The benefits of astaxanthin have been researched for decades — but most of the studies have been either too small to draw definitive conclusions or were done on animals, not humans. Primarily known for its antioxidant-like properties, it has been studied for its potential impact on eye and heart health, immune system support, and protecting the gut. Here’s a look at some of the research on this carotenoid.

Astaxanthin is a potent antioxidant-like compound, which can help support wellness in the body, explains Rizzo. This is beneficial to address many health concerns.

Astaxanthin is notable for being able to cross the blood-brain barrier. And, with its antioxidant-like, and anti-apoptotic (meaning supporting cell health) properties, it has been studied for its impact on the brain. Specifically, says Rizzo, researchers have looked at “its role in reducing natural oxidative damage in the brain that is associated with aging.”

Astaxanthin has been studied for heart health because of its ability to help reduce oxidative stress. Experimental studies suggest that it may be beneficial in supporting heart health, but human studies are lacking, says Rizzo. “More research is currently being conducted, but the results look promising.”

There are a few human studies that may suggest that astaxanthin can help with your workouts. After six months of participates taking either 4 mg of astaxanthin or a placebo, those who took the supplement showed three times more improvement in their squat endurance.

There are also some animal studies that may suggest an athletic benefit, and “supplementing with astaxanthin may increase increase time to exhaustion,” Rizzo says. In a 45-day study conducted with rats, it was found that those who were given the supplement delayed time to exhaustion in a swim test by 29 percent.

In human research, it was found that participants who took astaxanthin in conjunction with lutein and other nutrients had lessened eye strain, compared to those who took a placebo.

And in two studies performed on mice, it appeared to support healthy vision by protecting retinal cells.

Astaxanthin has gained a reputation among those looking for flawless skin from the inside out. Two human studies saw that taking and applying astaxanthin topically could help keep your skin glowing — subjects saw improvements in skin moisture and elasticity, as well as a reduction in the appearance of wrinkles and age spots.

Then a 2018 research review found that taking it showed positive effects on the skin, but it notes that further study was needed to rule out other factors.

While human research is lacking, studies on animals suggest that astaxanthin may help the body produce more antibodies and natural killer cells, which support the immune system, says Rizzo. This may be why it’s sometimes compared with vitamin C, she added, since the latter is also an antioxidant and is known to play a key role in immune system health.

What Are Astaxanthin’s Side Effects?

There’s little need to worry about astaxanthin side effects. “Generally speaking, ingesting this carotenoid is safe, especially if taken in food form,” says Manaker. “Some have reported experiencing red stools when taking it in supplement form. In my opinion, there is little downside to taking in this carotenoid.”

But take note of this red alert: If you have a seafood allergy or dietary restriction, always check the label to confirm the source of the supplement, cautions Manaker.

What Is the Best Brand of Astaxanthin?

You can find astaxanthin supplements online, and at your local health food store, co-op, and many mainstream pharmacies and supermarkets.

To get you started, here are a few popular astaxanthin supplements to consider:

Note: Astaxanthin dosage varies between brands and supplements, so always abide by the label’s suggested use instructions.