Ask the Expert: When Should I Stop Eating at Night? 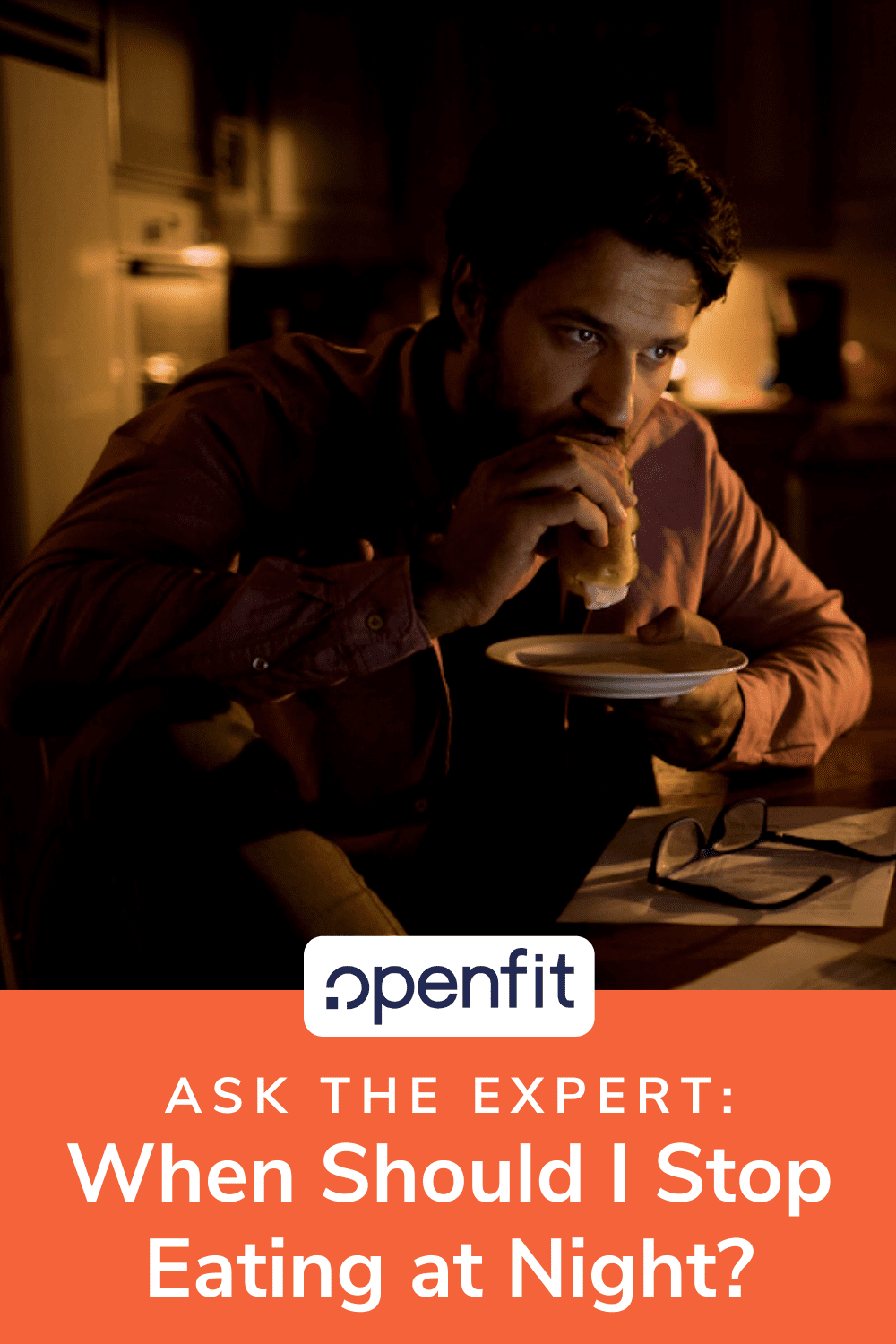 Recently, the media branded the “Don’t Eat Before Bedtime” rule as a myth. As usual, they’ve taken a complex topic, distilled it down to a catchy headline, and gotten it completely wrong. The correct answer is much more nuanced. The short answer is that sometimes eating at night is OK, but mostly, it’s probably not the best idea.

Find more tips to stay on track with your fitness journey by signing up for Openfit for free today!

Is It Bad To Eat At Night?

For many individuals, consuming a small meal before bedtime does not appear to be an unhealthy practice. While your body burns more calories while you are awake, it’s still burning them when you sleep.

If you’re trying to promote muscle recovery, casein protein (found in dairy but available in pure, powdered form) before bed might be worth trying.

According to a study in the August 2012 issue of the Journal of Medicine & Science in Sports & Exercise:

Of course, you don’t need to shove down a circadian-clogging large cheese pizza to get these benefits. A small protein shake should provide these benefits without disrupting your body’s natural cycles too much.

Also, consider those hectic days when you just haven’t had time to eat during the day. (Not ideal, but we don’t live in a perfect world.) Add to this the hard workout you did. In these situations, your priority should probably be to replenish lost nutrients such as electrolytes and make sure your body has all the protein (among other things) it needs for recovery. You don’t need a four-course dinner, but a light, balanced meal would be to your benefit.

We all have an inner 9-year-old, so sometimes, you’re going to find it easier to sleep with a little somethin’-somethin’ in your tummy. I wouldn’t suggest institutionalizing the nighttime snack, but if you need the occasional piece of fruit or air-popped popcorn to detangle your nerves and send you off to dreamland, it’s not the end of the world.

Does Eating At Night Make You Gain Weight? 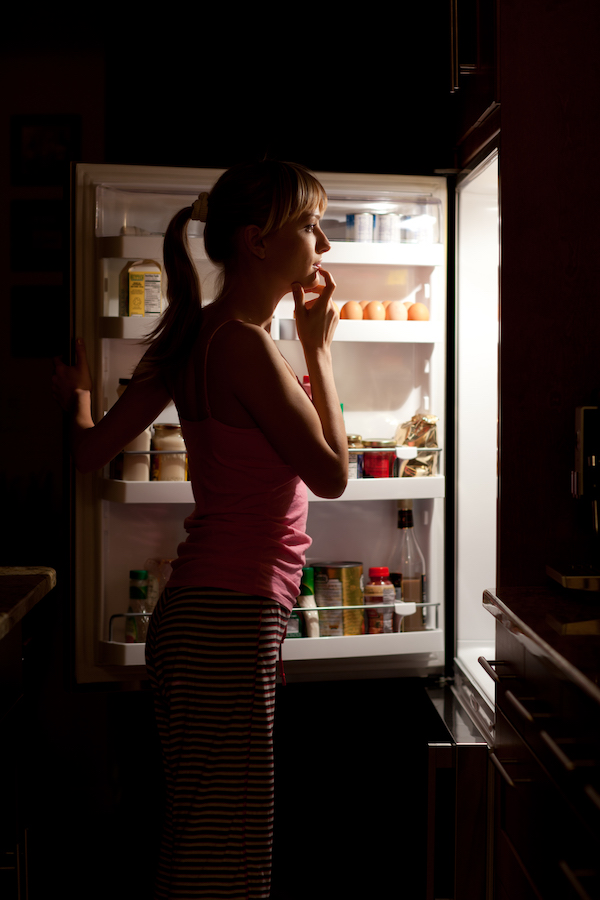 The bottom line is the total amount of calories you consume in a day, not the time they are consumed, determine whether you gain or lose weight.

The old thinking was that eating at night would make your body more prone to store food as adipose tissue—in other words, as fat. This might be an oversimplification, but current research indicates there may be some truth to this supposed myth.

A 2009 Northwestern University study separated mice into two groups and fed them both high-fat diets:

The researchers credited the weight gain to a domino effect that began with the disruption of circadian rhythms (the biological clock that indicates what your body needs and when it needs it every 24 hours). Knocking these rhythms out of whack caused an imbalance of leptin—a satiety-regulating hormone that’s heavily influenced by the amount you sleep.

In 2011, Northwestern published another study that further supported the results of the first. This one tracked 52 human subjects over a week. The results indicated that “caloric intake after 8:00 PM may increase the risk of obesity, independent of sleep timing and duration.” While neither of these studies is conclusive (one wasn’t on human subjects, and the other worked with a limited sample size), they’re both compelling.

What to Eat at Night 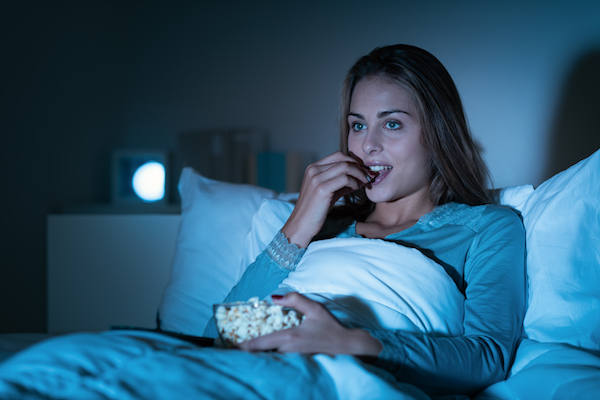 Whether you’re eating at night because you missed a meal, or you just have a late-night craving, it’s a good idea to choose nutrient-dense whole foods. These include healthy fats, fiber, slow-digesting carbs, and casein containing foods such as milk or Greek yogurt. Choose these over processed options that are likely high in sugar and fat.

Some of our favorite night time snacks include:

Enjoy one of these healthy snacks and purge the chips, cookies, and snack cakes from your cupboards. You’ll curb your hunger, and possibly give your body the boost it needs to recover from and perform during your workouts.