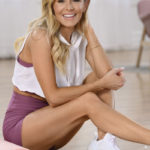 There’s no denying the infectious energy of Andrea Rogers, creator of our wildly popular Xtend Barre and XB Pilates. But the positivity, dedication, and strength that you see on screen isn’t for show — it’s something she cultivates every day.

Rogers loves helping others. She’s passionate about supporting Openfit members so they can get the most out of every day and every workout. Rogers walked us through the eight habits she has mastered and now puts into practice daily, as well as the philosophy that’s at the root of them.

Andrea brings her trademark motivation to every Xtend Barre workout. Sign up for free here! 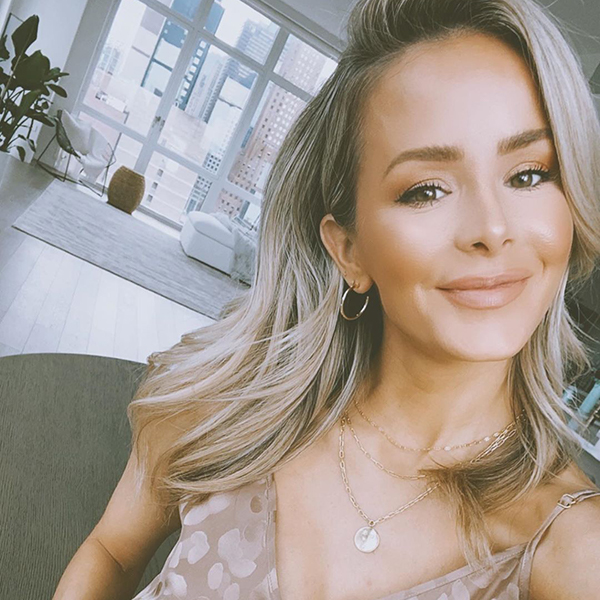 It’s understandable that Rogers is constantly asked how she stays motivated, but she says that’s the wrong place to start.

“Motivation isn’t the first thing that happens,” she says. “It starts with the hard work, which gets you results, and that turns into motivation.”

But you’re not on your own with that first step. Rogers has guidance for you there, which she calls “the results equation”: “Results that are lasting come down to a simple combination of effort and consistency over time.”

But it needs to be the right effort. “A lot of times when people work out they think about how long they work out and how many calories they’re burning. To me, that’s quantity over quality,” Rogers explains.

Instead, Rogers believes in “the all-out philosophy,” an idea based on her dance background. Her coach would either tell her to “mark the move,” or go through the movements without wasting energy on jumps and turns, or “go full out,” or perform like she was on stage and give it her all.

She challenges you to “go full out” and break this idea that the length of a workout is a clear indication of quality.

“I know I can get you an amazing workout and have your legs shaking in 15 minutes if you’re using the mind-body connection and the all-out philosophy,” she says.

So how do you set yourself up to “go full out” on every workout? Rogers walked us through the habits that set her up for success:

“Try to work out at the same time every day,” Rogers advises. “Schedule it like a meeting and make it a priority in your life.”

That’s exactly what she does, and she makes sure to keep those appointments, like Openfit Live classes. “If your boss scheduled you in a meeting at 8 every single morning, you’d find a way to make it. Do the same for your workouts,” she says.

Even though she’s a pro, she still has other habits that make it easy to make those appointments each day.

2. She preps the night before.

Rogers sets out her workout clothes and equipment before bed.

“I don’t have even an opportunity to come with an excuse,” she explains. “I’ve got everything. My clothes are laid out, my equipment is ready, I have my smoothie, and then it’s like, ‘here we go!'”

3. She gets good quality sleep — and enough of it.

“You have to be well-rested in order to have a strong mindset and a game plan for working out effectively,” Rogers says, adding that quality sleep is her number one habit for success.

She always tries to get eight hours of sleep, and lately she’s focusing on earlier bedtimes. “I know that when I get up earlier and start my day with a workout, I just do better throughout the rest of the day.”

4. She stretches first every morning. 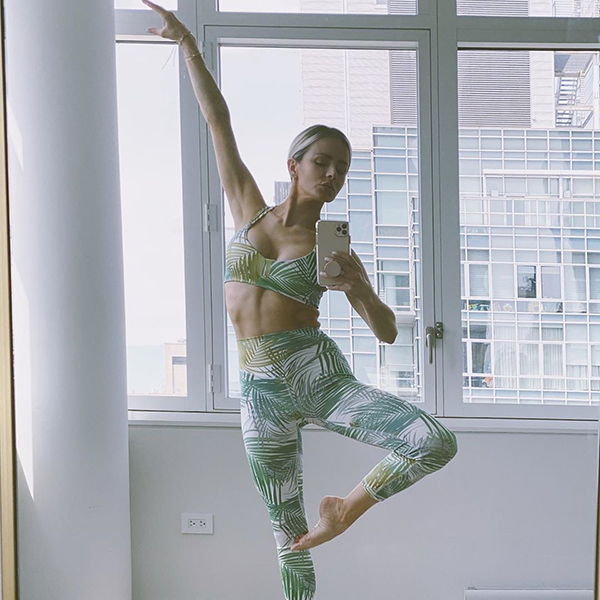 Just after she wakes up, Rogers takes time to wake up the rest of her body. But her stretching sessions, which last five to 15 minutes, aren’t just setting the tone for the day physically. This time of inward reflection is also about preparing mentally.

Rogers goes over what she needs to do and takes a moment for mindful gratitude before heading to the kitchen for an energizing breakfast. (You can use our full-body stretches as inspiration for your morning session.)

Rogers is all about the after-effect, even when it comes to her eating habits. She focuses on what will make her feel the best and keep her adequately fueled for her busy days. “I don’t play into diet culture,” Rogers says.

Rather, she asks herself, “How will I feel after I eat this?” One meal that never fails the after-effect test is her morning smoothie with LADDER’s Plant-Based Nutrition Shake.

6. She turns on music that sets the right mood.

Rogers says this habit is small but powerful for her. She’ll ask her smart device to play music while she’s getting ready for a workout and it gets her in the mood to attack her sweat session.

7. She sets an intention for each workout.

No matter what, you should set a goal for your workout. She always does, even after a lifetime of being active.

Rogers will sometimes focus on a body part or increasing the intensity. No matter what the goal is, she always does her best to crush it then celebrates that progress.

“People think I’m motivated every day, but that simply isn’t true,” Rogers says. “Some days I don’t feel like moving.”

When that happens, Rogers has a couple of tricks: She focuses on how she’ll feel after the workout, and she just presses play.

That’s why some of the XB Pilates and Xtend Barre videos are just 15 minutes. You’ll be done and celebrating your success before you know it — as long as you just show up and press play.

We had a chance to talk to Openfit Live Trainer Casey Wenger about her background in fitness, experience wi...