10 Best New Savory Snacks You Can Buy on Amazon 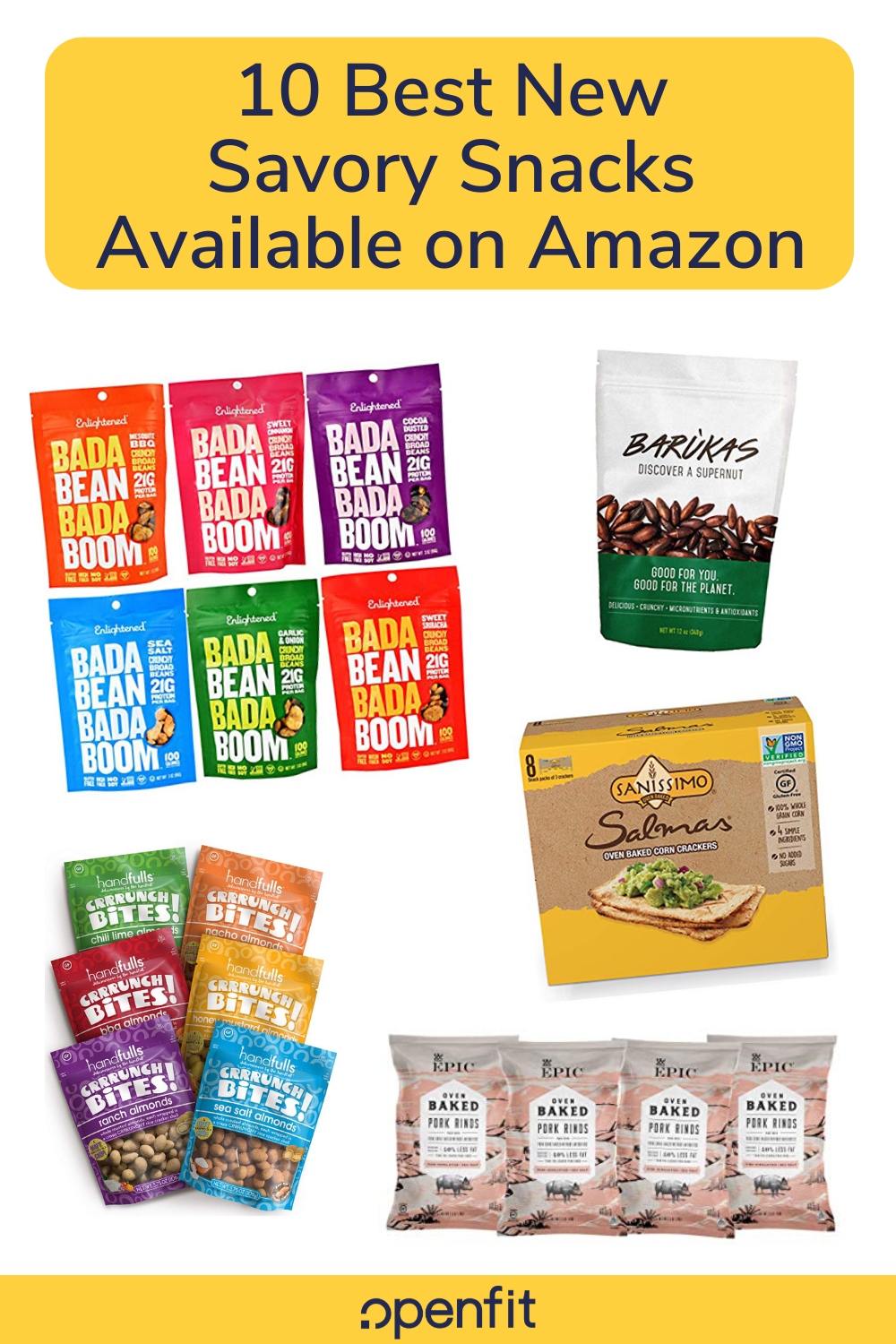 You know the best snacks don’t come in a package — we’re looking at you, fruits and veggies — but sometimes, you’re just in the mood for a quick and savory snack. Here are a few new (and nutritious!) snacks on Amazon that can satisfy your salty tooth.

This cured and air-dried meat snack is a South African favorite — and now it’s available on Amazon in original, garlic, or spicy peri peri flavor. Made from U.S. beef, the thinly-sliced strips of meat have a texture similar to prosciutto, and one package boasts 32 grams of satiating protein, with zero carbs and no artificial preservatives.

If you love snacking on almonds, but could use a little variety, then you need to try barùkas. Sourced from South America, they have the highest fiber of any nut (5 grams per ¼-cup serving) and more antioxidants than blueberries, according to their website. Their taste — a mix between a peanut and a cashew — and supreme crunch will have you agreeing with the reviewer who called them “magical nuggets.”

Pork lovers, rejoice: These pork rinds are baked — so they have the same rich flavor as regular pork rinds, but with 40 percent less fat — and made with antibiotic-free pork. This new variety has a light dusting of Himalayan sea salt for an extra savory kick, plus an impressive 11 grams of protein per 70-calorie bag.

Real Food from the Ground Up Cauliflower Pretzels

Cauliflower is popping up in everything from cauliflower rice to cauliflower pizza crust, and now this humble white veggie has made its way into the pretzel aisle. Available in sticks or twists, these pretzels are made with cassava and cauliflower flours, making them both gluten-free and vegan. They’re also sturdy enough for dipping, so bring on the hummus and guac.

These light-as-air vegan puffs — available in fun flavors like white cheddar, sriracha sunshine, and bohemian barbecue — are literally made by baking chickpeas into a crunchy little puff. Each one-ounce serving contains 3 grams of fiber and 4 grams of protein, and is good enough to make you forget all about chips.

At first glance, these may look like plain old nuts — but at first bite, you’ll see they’re much more interesting than that. Made with rice flour and potato starch, these are actually whole roasted almonds in a rice-cracker shell — imagine a nut wrapped in a potato chip — which gives them a double-layer crunch that’s oh-so-satisfying. Flavors like honey mustard and chili lime are downright addicting, so be mindful of portions.

Pop one of these protein crisps and you’ll be hooked. Made from soybean and cassava, these air-popped bites of grain-free crunchy goodness — available in tangy barbecue and spicy buffalo flavors — are a healthier alternative to chips, with 10 grams of protein in one (amazingly generous) serving of 24 crisps.

When you really want to enjoy some guacamole, but don’t want to overdo it on chips, try this tasty little vessel: Each pre-portioned package contains three crackers baked into a light, crispy texture that stands up to dips. Made with only four ingredients (including whole-grain corn flour), they’re also gluten-free.

Not only are these handy little sticks ultra-portable, but they’re also gluten-free, keto-friendly, and Whole30- and paleo-approved. Unlike many jerkies, these sticks don’t have any added sugars or artificial preservatives — but they do have 9 grams of protein per 100-calorie serving. Mouthwatering flavors include cranberry habanero beef, Italian-style beef, and jalapeño turkey.

Beans don’t often come to mind as a snack food, but Enlightened — the brand you may recognize from its healthier ice cream — has found a way to roast them to crunchy perfection. This crave-able snack comes in savory flavors like garlic and onion, sweet sriracha, and mesquite barbecue, and each 100-calorie serving contains 7 grams of protein and 5-6 grams of fiber.