Is A2 Milk Better for You Than Regular Cow's Milk?

Once, milk came in three options: Whole, lowfat and skim. Maybe chocolate, if you were lucky. Now, there are seemingly as many varieties of milk as there are bad-for-you breakfast cereals: nut milks, flax milk, oat milk, goat milk. A lesser-known variety you might encounter at the grocery store is A2 milk.

A2 milk is produced by the New Zealand-based a2 Milk Company. It’s cow’s milk that contains predominately A2 beta-casein, making it different from most of the cow’s milk available in the United States, which contains a mix of A2 beta-casein and A1 beta-casein. A2 milk was first sold Down Under in 2003 and now accounts for 12 percent of the Australian dairy market.

According to the company, A2 milk can be found in more than 13,000 retailers across the U.S., including big-box stores like Costco and Walmart. Like regular milk, A2 is available in whole, reduced-fat, and skim varieties. 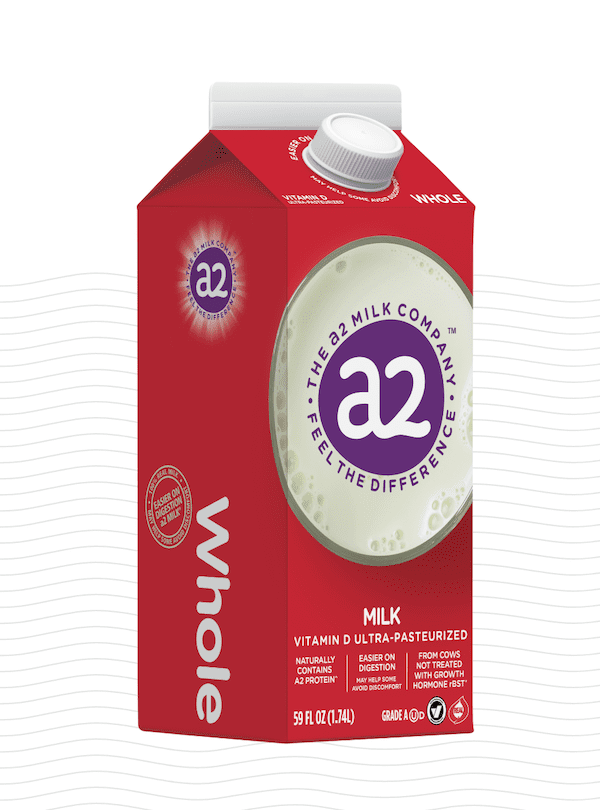 The manufacturers of A2 milk claim that A1 beta-casein is difficult for some people to digest and may be incompatible with maintaining healthy blood sugar levels. (The research is scant on both claims; more on that in a second.)

Casein is the largest group of proteins in milk, comprising about 82 percent of its total protein content. The remaining 18 percent is the more commonly known whey protein. There are 13 different types of casein; A1 and A2 are the most common.

How Is A2 Milk Made, and What Makes It Different?

Purported Benefits of A2 Milk 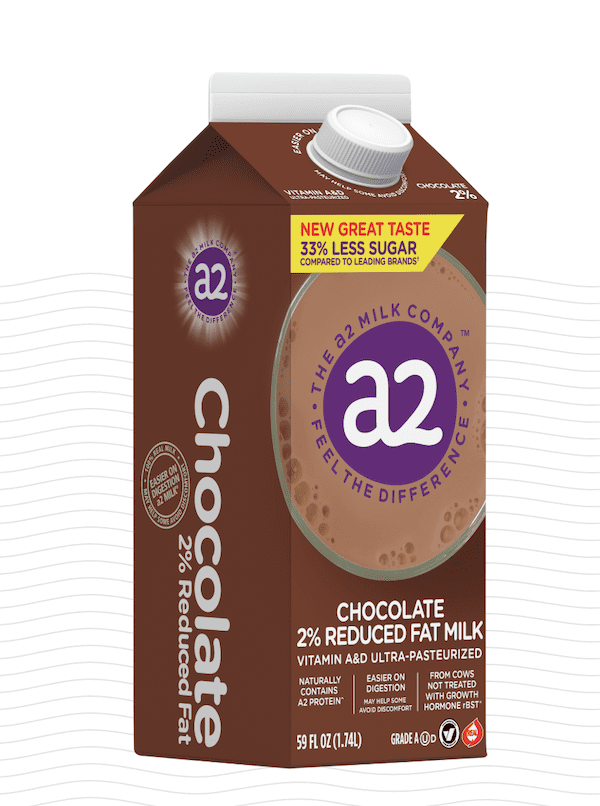 As for the potential benefits of A2 milk, “It’s difficult to answer that question, since most of the studies regarding A2 milk have been funded by the a2 Milk Company and dairy industry, and so have a vested interest in demonstrating benefits,” says Dana Hunnes, PhD, MPH, RD, a clinical dietitian at the Ronald Reagan UCLA Medical Center in Los Angeles.

These are some of the claims that have been made about A2 milk:

A study funded by the a2 Milk Company found that A1 beta-casein takes some people longer to digest, which can lead to indigestion, bloating and gas. A 2017 review of research said that may be true, but human studies are limited and more are needed.

According to the California Dairy Research Foundation, since the 1980s some researchers have made unfounded claims that milk containing A1 beta-casein may contribute to unhealthy blood sugar levels and even compromised cardiovascular function.

The alleged culprit: BCM-7, an amino acid chain that is produced when A1 beta-casein is digested. The theory is that BCM-7 can cause illness in people with immune deficiencies. But there’s no scientific evidence in humans to back this up.

Possible Risks of A2 Milk

A2 milk contains the same amount of lactose as regular cow’s milk. People who have been diagnosed with lactose intolerance may suffer the same digestive upset when drinking either type of milk.

Because A2 milk is cow’s milk, it can still produce an allergic reaction in people who are allergic to cow’s milk.