Summer has given way to fall, but it’s not just the air that’s getting crisper — it’s apple season. While most varieties of apples are available year-round, they’re typically harvested in the fall.

There are over 100 apple varieties grown commercially in the United States representing a whole host of shapes, color schemes, textures, and flavor profiles. The average one clocks in at just under 100 calories.

Apples are good for you in a number of ways: they may benefit your cardiovascular system and are reported to help normalize blood sugar possibly. They also contain pectin, a type of fiber that is believed to keep you regular, and could possibly have a beneficial impact on your blood lipid profile.

Here are six of the most common single-breed varieties, along with seven hybrids, so whether you’re picking them from the orchard or the produce aisle, you’ll know what to expect in terms of taste as well as how best to enjoy them.

There’s plenty of room for apples on the Sugar Free 3 nutrition plan. Cut added sugar from your diet easily today! 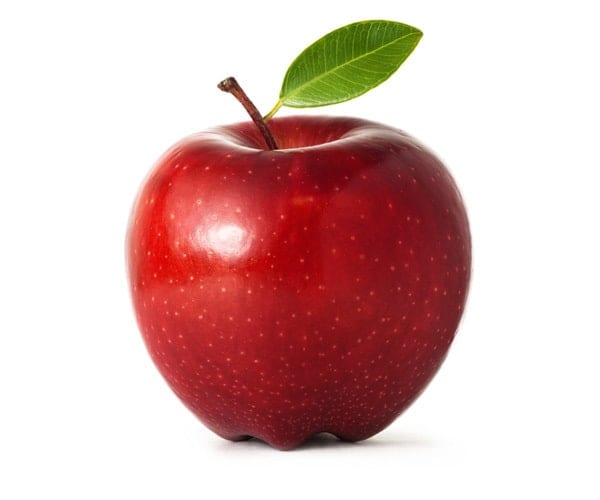 Formerly known as the Hawkeye, Red Delicious apples are considered by some the most popular, most maligned, and most ironically named of all apple varieties in the U.S. Though it’s the most common type of red apple, it’s far from the most flavorful.

Flavor profile: After generations of breeding for longer shelf life and cosmetic stability — call it vanity ripeness — the flavor has mostly been cultivated out of the Red Delicious. It now has thick skin, a one-note sweet taste, and an often crumbly texture.

Where it’s grown: Just about everywhere.

Best enjoyed: Straight out of the silo. People do not regard Red Delicious apples well for baking. 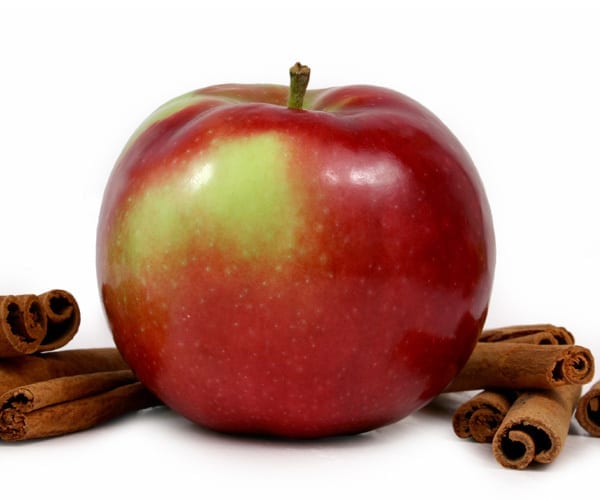 This is more along the lines of what consumers think they’re getting when they pick up a Red Delicious apple. McIntosh apples strike a gorgeous red color and boast a luscious taste to back up their beauty.

Flavor profile: With soft skin and softer flesh, the McIntosh strikes a balance between sweet and acidic. 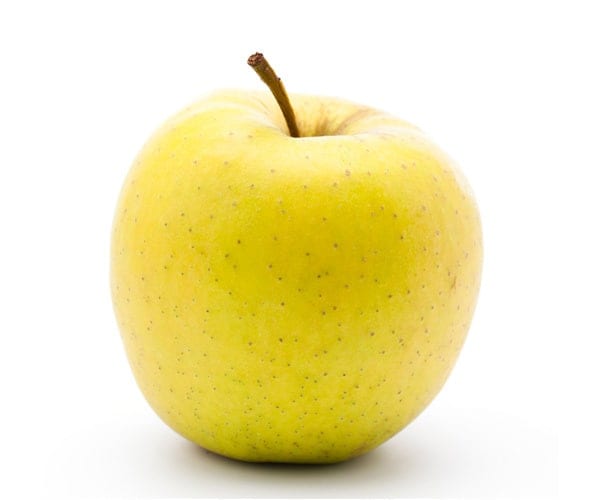 Considered an all-purpose apple, the Golden Delicious — along with the Red Delicious — is the one most commonly found in 42-pound bags sold for five dollars at the grocery store.

Flavor profile: The meat of the apple is mild and sweet, the flesh is juicy, but taste-wise isn’t all that different from a red delicious.

Where it’s grown: Most regions of the country.

Best enjoyed: Pick your poison. It works whole, chopped into a salad, or baked into desserts. 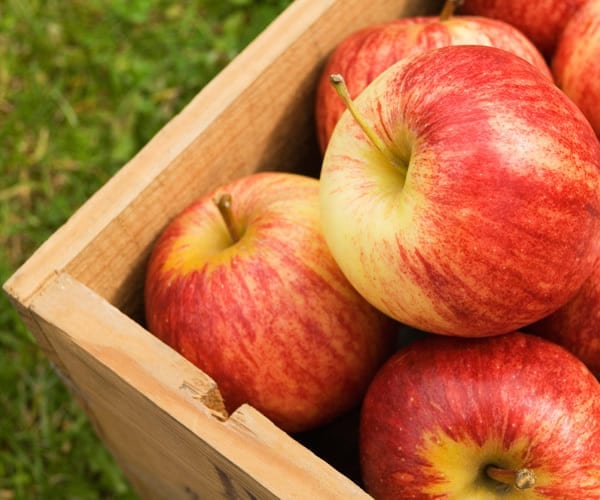 This New Zealand breed has gained popularity in the last 20 years. It’s a cross between a Kidd’s Orange Red and a golden delicious (assuming you’re up on apple husbandry).

Flavor profile: With pinkish-orange striping over a gold base, its skin is thin, concealing a crisp and juicy flesh that’s fragrant and relatively sweet.

Where it’s grown: Most states besides the southernmost points of the U.S. 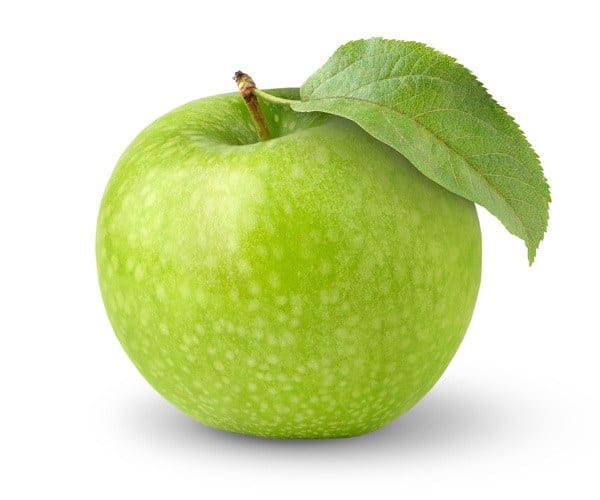 Neon green and stout, Granny Smith apples are probably the most readily-recognized of all apple varieties. They’re also the most common type of green apple.

Flavor profile: If you’re into tartness, this bitter old bird is your go-to. It’s crisp and has juicy flesh. These apples do sweeten with storage.

Where it’s grown: Originally cultivated in Australia, it’s harvested stateside below the Mason-Dixon Line, and is available year round.

Best enjoyed: Raw, in pies, or in salads where you can offset the tartness. Granny Smith apples work exceptionally with nut butter. 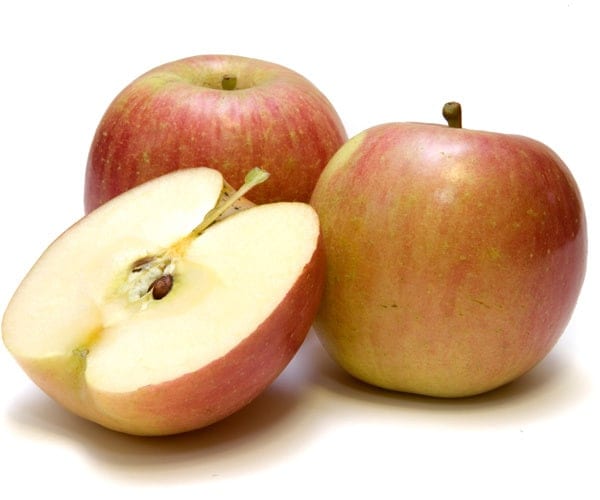 Flavor profile: These apples are dense, crisp, and have been regarded by some as the sweetest of all apple varieties.

Where it’s grown: Fuji apples were introduced to the United States in the 1980s, but there are now more Fuji apples produced in America than in Japan.

Best enjoyed: Raw, chopped into salads, or baked into a pie. 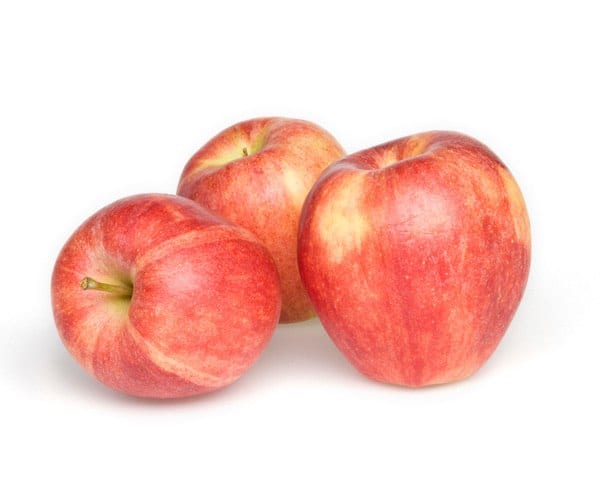 Braeburn apples were discovered — as opposed to bred — in New Zealand. Its probable parents are the Lady Hamilton and Granny Smith.

Where it’s grown: Many States grow Braeburn apples, except the northernmost parts of the Midwest and New England. 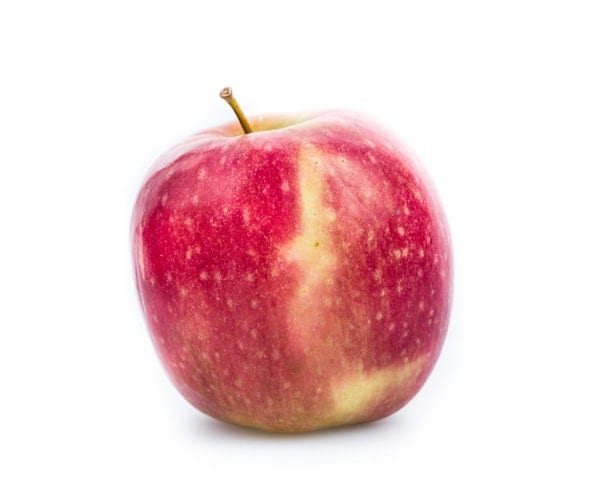 Pink Lady is the brand name for the Cripps Pink variety apples that are grown under a specific license, dictating a rigid sugar-to-acid ratio, among other traits. Those that don’t qualify are sold as Cripps rather than Pink Lady apples.

Flavor profile: A cross between the Golden Delicious and Lady Williams, the Pink Lady is firm and crunchy with a tart flavor that finishes sweetly.

Where it’s grown: In America, they primarily cultivated in Washington and California.

Best enjoyed: Raw, in salads, baked in pies, and sliced onto cheeseboards. 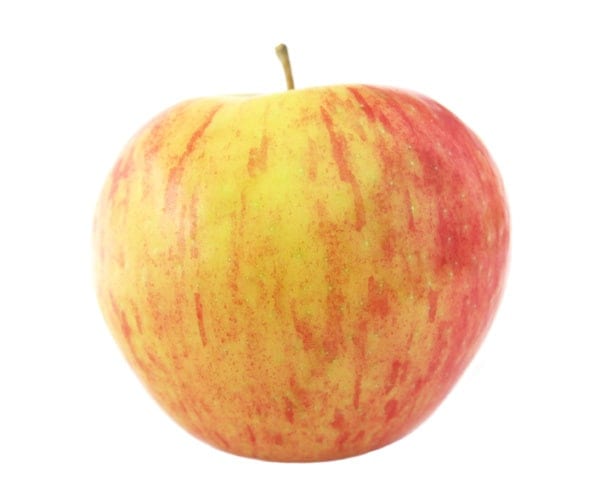 Honeycrisp apples are the official state fruit of Minnesota. This variety of apple developed following efforts to create “cold-weather” apples.

Where it’s grown: The northern Great Lakes and New England.

Best enjoyed: Hardy and versatile. Honeycrisp’s are up to any baking task, making them an excellent choice for this gluten-free apple crisp. They’re actually better for baking a week or so after removal from cold storage. 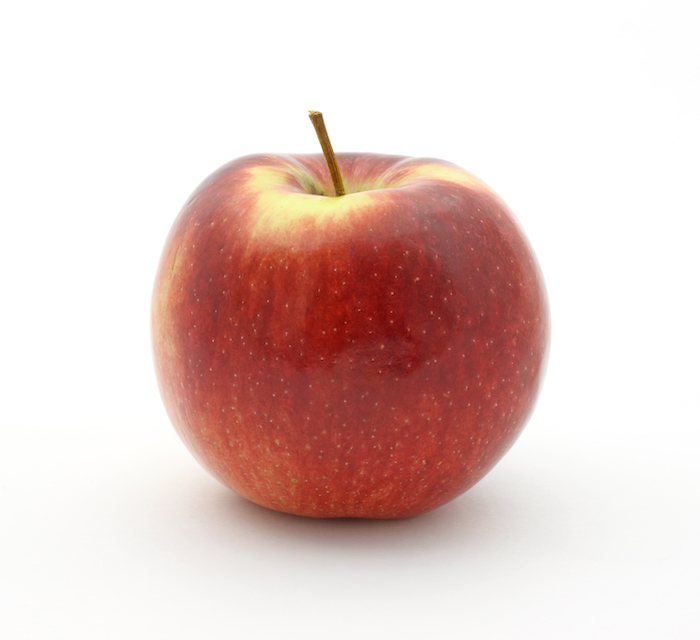 Introduced in — where else — New York in the 1960s. It takes a lot to bruise this cross between a Red Delicious and a McIntosh apple, despite its thin skin.

Flavor profile: Retaining the sweetness of the Red Delicious and the tartness of the Mac, this is a crisp, juicy everyman’s apple.

Where it’s grown: Empire apples are grown in the Northeast and upper Midwestern states. 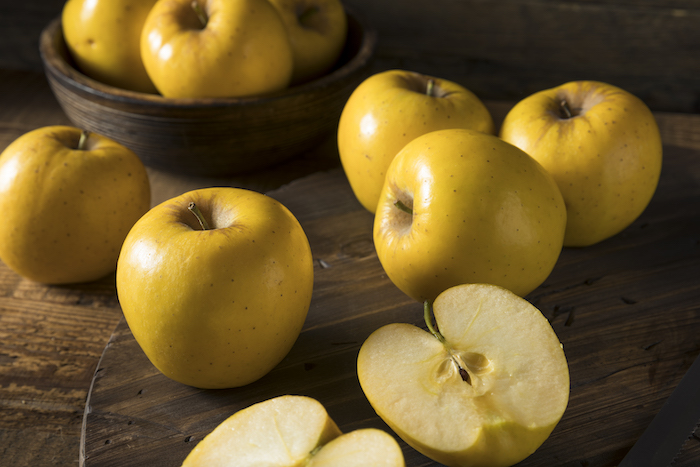 Opals are bright yellow apples that are relatively new to the market and have quickly risen to fruit fame. Their color is reminiscent of Golden Delicious, which is one of its two parents; opal apples marry the sweetness of Golden Delicious with the sharpness of Topaz.

Flavor profile: Opal apples are well-rounded with floral notes and the right amount of tang.

Where it’s grown: Cultivated only in Washington (one grower controls the entire U.S. market), the Opal apple is popular and sold throughout the country.

Best enjoyed: You can eat Opal apples raw or cooked, but perhaps the most significant selling point of this apple is that it doesn’t brown quickly after slicing. 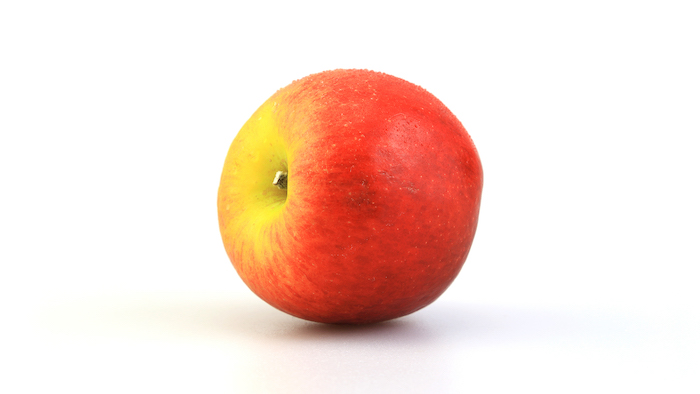 A youthful apple like the Opal, Jazz was cultivated 20 years ago in New Zealand by crossbreeding a Royal Gala with a Braeburn.

Flavor profile: Jazz apples are crisp with a taste more similar to pears. Jazz apples have buttery, yellow flesh, and are super juicy.

Where it’s grown: You’ll find Jazz apples on trees in Washington state, where they enjoy a long season from July to September.

Best enjoyed: Jazz hold their shape well when baked and are perfect for pies, muffins, and tarts. 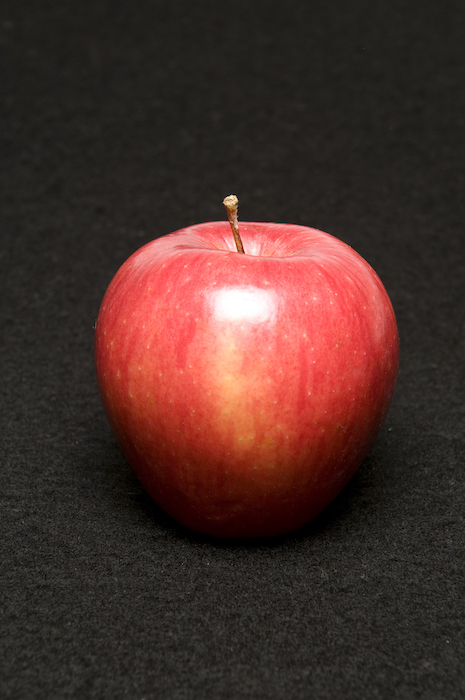 More is merrier when it comes to the Pinata apple. Crossbreed not two but three varieties — Golden Delicious, Pippin, and Duchess of Oldenburg — to create one Piñata apple.

Flavor profile: The piñata is unique for its tropical flavor, with notes of mango and pineapple. It has some tartness, but sweetness prevails. Its orange-hued skin is thin and light, a plus for those cowed by tough peels.

Best enjoyed: Given their sweetness, you won’t want to add any sugar. Enjoy these apples raw, such as on a cheese plate or in a savory salad.