5 Naturally Gluten-Free Foods That Can Help You Lose Weight

It seems anyone who’s anyone is gluten-free these days: Lady Gaga reportedly ditched gluten to drop 10 pounds while on tour, Gwyneth Paltrow is a big advocate, and Miley Cyrus claimed cutting gluten and dairy from her diet helped her lose weight.

But it’s not just celebrities going gluten-free; it’s a trend that the general public and food manufacturers are following as well. Sales of gluten-free food has sky-rocketed in just the past few years: The gluten-free and free-from market in the U.S. is projected to be worth $23.9 billion by 2020 — up from just $0.9 billion in 2006 — and a survey found that a third of American adults want to decrease the amount of gluten they consume.

If you’re interested in the jumping on the gluten-free train, find out what it is, if you really need to avoid it, and what foods to eat if you do.

Pop quiz: Do you really know what gluten is and what it does?

Here are the basics: Gluten is a protein that’s primarily found in wheat, rye, and barley, and it’s also a component of many ingredients found in everyday foods. The name is derived from the Latin word for glue — glutinum — which describes its basic function: Gluten gives food its shape, binds it together, and provides elasticity. 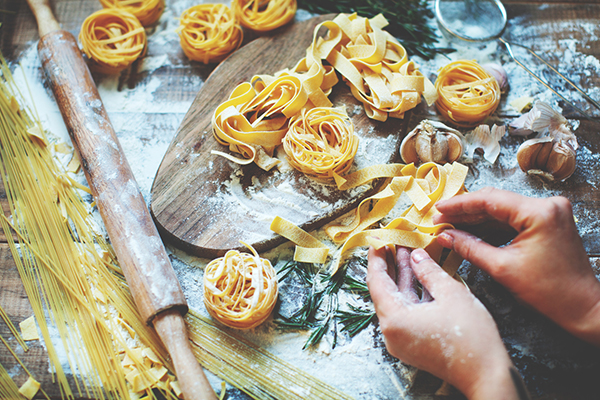 Wheat flour, which contains gluten, is an ingredient in a lot of surprising foods, like seasonings and spice mixes. Here are some common foods that contain gluten:

What’s the Difference Between Gluten-Free and Wheat-Free?

Since gluten is found in wheat, rye and barley, all gluten-free foods will also be wheat-free. But wheat-free foods, however, may still contain gluten in the form of rye or barley.

Who Really Needs to Go Gluten-Free?

The number of Americans avoiding gluten more than tripled between 2009 and 2014, but only people who have celiac disease or a diagnosed wheat allergy actually need to eat gluten-free foods, says Paige Benté, M.S., R.D., C.S.S.D.. “And there’s still a lot of debate about ‘gluten intolerance’,” she adds.

“Some people without celiac disease or a wheat allergy may see a benefit from going gluten free,” Benté says, “but that has nothing to do with the gluten. When most people cut gluten, they ditch the cookies, pizza, and other processed white flour — translation JUNK FOOD — which is why they may feel better. There is nothing inherently wrong with gluten for most people. It is perfectly healthy.”

How Do I Know If I Have a Gluten Allergy?

If you think you have a problem with gluten, there are a number of symptoms to look out for. “For the one percent of the population affected by celiac disease — a serious autoimmune disease — eating gluten damages the cells of the gut, leading to symptoms including diarrhea, weight loss, and nutrient deficiencies.” says Sarah Schenker, R.D.

“Those who don’t have celiac disease can also experience symptoms such as bloating, irritable bowel, and abdominal pain after eating gluten. This is known as non-celiac gluten intolerance, and research is still being done to find out the exact causes and number of people suffering,” adds Schenker.

If you’re worried you have signs of celiac disease, seek medical advice. “The only way to be sure you have celiac is to have a blood test and then biopsy done,” says Benté. “It is not something that is self-diagnosed with confidence.”

Can a Gluten-Free Diet Help You Lose Weight?

While cutting out gluten may help relieve side effects for those suffering from celiac disease or a wheat allergy, it won’t necessarily help the average person lose weight.

Schenker agrees, and suggests that the limiting options of a gluten-free diet may be used as an excuse to not eat calorific foods. “Many people think gluten causes weight gain,” she says. “But that’s simply not the case. However, cutting out gluten does limit your options. Cakes, cookies, bread, and pasta often contain gluten, so removing them from your diet can reduce your calorie intake and result in weight loss.”

Does Gluten Cause Weight Gain?

While eating more naturally gluten-free foods may decrease your overall calorie consumption, merely swapping your usual cookies with gluten-free alternatives is not going to help you drop the pounds.

In some cases, labeling foods as “gluten-free” may even be a marketing ploy to make them seem like a healthier choice. “The term ‘gluten-free’ definitely has a health halo effect,” says Benté. “People assume a product is healthier because it’s gluten free. This is not correct at all.”

Some gluten-free foods actually contain more calories and sugar than their gluten-containing counterparts.

If trimming body fat is your goal, opting for healthy, naturally gluten-free foods as part of a balanced diet might be a more sustainable approach. Here are five essentials to get you started. 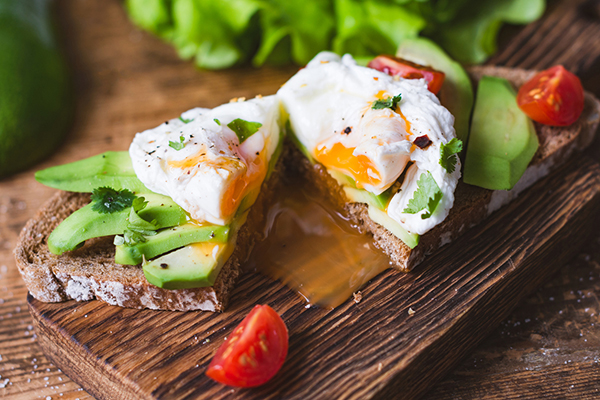 This creamy, low-carb fruit is high in fiber, healthy fats, and potassium. Some studies have also shown that eating a meal that includes avocado can help you feel fuller, for up to five hours.

But before you go mashing an entire avocado on your toast, keep in mind that a typical serving size is 1/4 a medium avocado. Yes, avocados are packed with nutrients, but they’re also calorie-dense, so watch your portions.

Pro tip: Check out this fail-safe method for cutting avocados.

Most grains are actually gluten-free; remember, it’s wheat, rye, and barley that you want to avoid. So, when it comes to other whole grains, the world is your oyster, including these three:

All forms of rice are free from gluten, but if it’s health and weight loss you’re after, go for brown. White rice is processed to remove the bran and germ, which destroys many of the nutrients and much of the fiber. Brown rice only has the husk removed so this grain is still packed with vitamins and minerals, plus fiber for satiety.

Brown rice is a great source of slow-release carbohydrates and is lower on the glycemic index (GI) scale than white rice. Studies have shown that swapping white rice for brown may lower your risk of developing type 2 diabetes.

Quinoa is an ancient South American grain crop and an excellent replacement for pasta, couscous, and even breakfast cereals. A cup of cooked quinoa contains eight grams of protein (for building muscles!), five grams of fiber (to keep you feeling full!) as well as vitamins and minerals, like calcium, magnesium, potassium, and folate.

The name may be confusing but this plant is not related to wheat. In fact, it’s related to rhubarb and entirely gluten-free. Buckwheat has a nutty flavor and can be used as an alternative to rice or quinoa, while buckwheat flour is a great gluten-free option for pancakes and the main ingredient in Japanese soba noodles.

The humble cauliflower is finally having its moment in the spotlight. It seems like there’s no recipe that you can’t sub it in as a low-carb, low-calorie alternative: nachos, fried “rice,” gratin, roasted cauliflower “steaks,” — the possibilities are endless.

Cauliflower rice is super-simple to make: Cut a head of cauliflower into florets, then pulse to a rice-like consistency in a food processor. Feeling lazy? Most supermarkets now sell cauliflower pre-riced.

And because of its relatively bland taste, cauliflower soaks up the flavors of whatever you cook it with, and makes a great bulking agent for mashed potatoes and is ideal as a gluten-free thickening agent for sauces, soups, and gravy.

One of the primary flavors in Indian food is chili, something you can add to a variety of dishes at home. Check the ingredients in commercial spice mixes carefully, though, as they can sometimes contain wheat. As long as you steer clear of the bread, Indian cuisine is a good option for gluten-free meals since sauces are often thickened with yogurt or chickpea flour rather than wheat.

This golden spice is another great way to add flavor to foods without adding sauces that may contain gluten. A member of the ginger family, turmeric has long been used in medicines in India.

Turmeric in its root form can be grated raw into salads and coleslaws or cooked in Indian dishes for a citrusy, earthy, peppery hit. Be warned — it will stain your fingers and work surface if you’re not careful.

If you’re buying dried turmeric, double check the label to make sure it’s gluten-free. Most brands are perfectly safe, but some may become cross-contaminated in factories that also produce spice mixes and other products. Dried turmeric adds a slightly less punchy flavor than the root to dahls and Indian dishes.

This sweet spice has been used throughout history for flavoring and as an herbal medicine. There is some research that suggests it may have medicinal benefits, but more research needs to be done.

Cinnamon is often found in many gluten-containing sweet treats, which is a good excuse to get in the kitchen and create your own healthy alternatives.

Pro tip: Cinnamon is also a great substitute for sugar in your morning cup of joe.

All of these foods are gluten-free; it’s only when sauces, toppings, sides are added to the mix that you need to keep an eagle eye out for gluten. Protein is essential for repairing and building muscle; it’s also more filling, takes longer to digest, and requires more energy to metabolize.

Gluten is not the enemy — unless you have celiac disease or a wheat allergy. Avoiding gluten isn’t an automatic golden ticket to peak health or weight loss. But many naturally gluten-free goods can be part of a nutritious, balanced diet, which is a key part of a successful weight-loss plan.