You may have heard that nighttime eating is a no-no or that every calorie consumed to quell those late night cravings magically turns to fat. Sure, metabolism slows at night — but not to a screeching halt.

In fact, there’s nothing wrong with eating after dinner if you’re truly hungry, and if you make smart choices about what to eat. The question is — are you? Late-night cravings are common in people who don’t eat enough during the day, says Colleen Gerg, MA, RDN, LDN, a dietitian based near Philadelphia.

“Meal timing is also important in that those who restrict during the day, saving most of their calories for the evening meal, also have a difficult time not eating after dinner,” she says.

Make sure your breakfast and lunch are rich in protein and fiber and low in sugar, and you may not want nighttime snacks. But if you just can’t stop your stomach’s late night grumblings, consider the following strategies.

Kick cravings to the curb Sugar Free 3 from Openfit! Get started for free today. 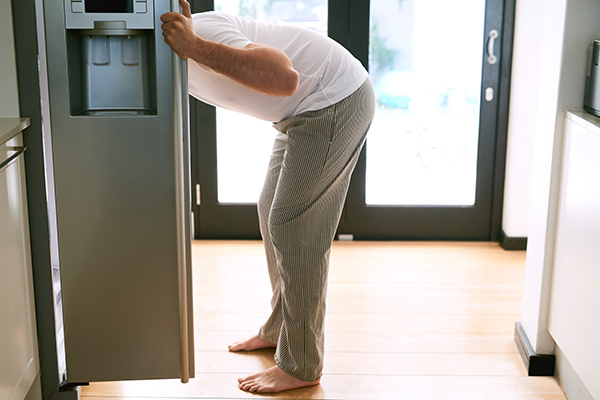 Is your stomach grumbling, or is your appetite all in your head?

“The first step when you think you’re feeling hungry is to figure out whether it’s actual hunger or if there’s something else gnawing at you,” says Marisa Moore, MBA, RDN, an Atlanta-based dietitian.

Often the culprit is habit, boredom, or an emotional trigger. When Moore’s clients fess up to late night snacking, she asks them to journal their experiences by answering the following questions:

“Come up with a list of tasks that don’t involve food — putting dishes away, texting a friend, or brushing your teeth,” Moore says. When a craving strikes, do something from the list.

2. Meditate on Your Cravings

Before you reach for a snack, take a few moments to center yourself.

In a study published in the journal Appetite, participants did a brief meditation called a body scan, focusing attention —and noticing and accepting feelings and sensations — on each area of the body, including:

This practice kept their cravings from intensifying.

Over time, such “mindful meditation” can have even greater benefits, according to researchers at the University of California. In their recent review in the Journal of Behavioral Medicine, they found that meditation may have strong potential to reduce binge eating. Researchers recommend further studies to confirm these findings.

Click here for more of our favorite meditation strategies. 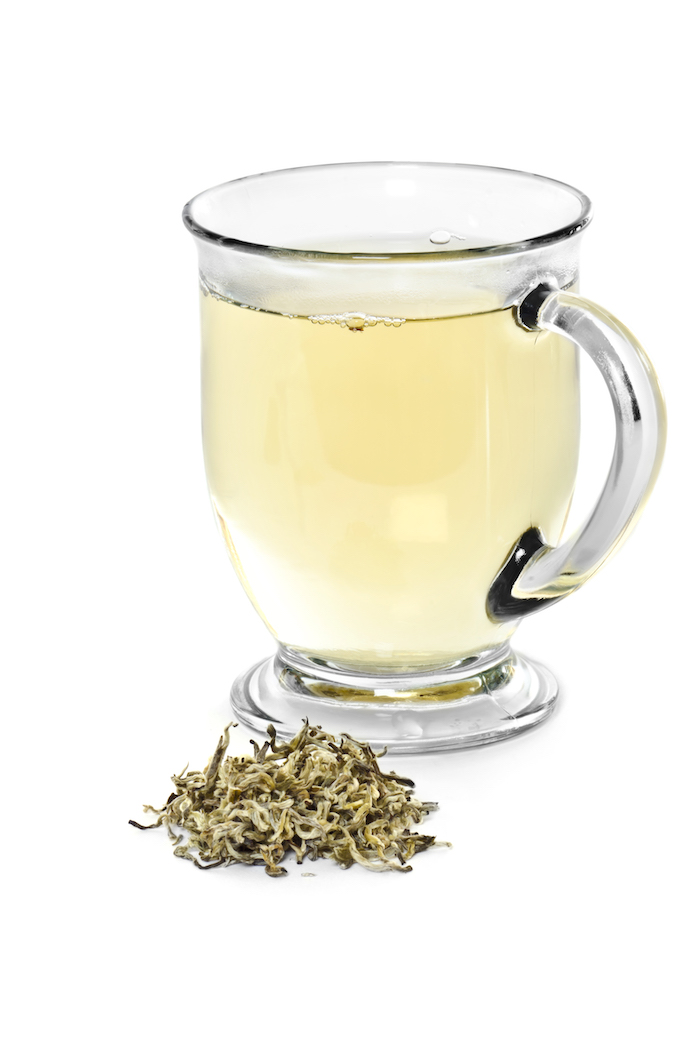 After a long, tiring day, it’s common to seek out a reward in the form of a late-night nibble, says Erin Spitzberg, RDN, founder of Living It! Nutrition. She recommends pouring a cup of decaf herbal tea instead.

“It’s calming, and it fills your stomach,” she says. Pick a flavor you like enough that you’ll look forward to drinking it. Some brews might even help you snooze — in a study from Australia, people who drank passionflower tea reported sleeping better than those who consumed a placebo.

Some people are hardwired to want sugar. A study published in Twin Research and Human Genetics shows that our perception of sweetness is largely determined by a single set of genes. This means there may be genetic wiring that causes you to gravitate toward the dessert menu. If you tend to have late night cravings for dessert, finish your dinner with a low-calorie sweet treat, suggests Gerg. This will help prevent you from bingeing later on a quest for sweetness. Try 10 frozen grapes or a clementine, or for a creamier option, try Chia Pudding.

Sometimes your late night cravings are legitimate because you didn’t eat enough earlier in the day, or you trained hard enough for your muscles to need more fuel for recovery.

A high-calorie nighttime meal isn’t the solution, but a dose of protein is, says Michael Ormsbee, Ph.D., an assistant professor at Florida State University’s Institute of Sport Science and Medicine. His research suggests that supplementing with casein, an easy-to-digest milk protein, at night has several fitness benefits:

“All these threats — ‘don’t eat after 7, don’t eat after 8,’ — really don’t make sense in the context of making a smart food choice,” says Ormsbee. Just keep the snack below 150 calories. In a pinch, a couple of scrambled eggs or ¾ cup reduced fat cottage cheese are good options, says Ormsbee.