Feel the Burn, But Reduce the Pain! How to Relieve Muscle Soreness

Trainers and fitness pros call it delayed-onset muscle soreness (DOMS). Everyone else just says, “Ow!” It’s the achy feeling that crops up in your muscles 8-72 hours after an intense workout. Minor cases feel like you bumped into a door jamb; extreme ones feel like you were kicked by a mule. While there are ways to reduce muscle soreness, there’s some bad news: if you’re serious about fitness, you probably can’t avoid a little DOMS now and then.

“Whenever you start a new workout program or change an old one, you’re likely to get at least a little bit sore,” says Angelo Poli, ISSA, creator of the MetPro app.

That’s not necessarily a bad thing, continues Poli. “Think of DOMS as an alarm system that protects your muscles from overuse,” he says. “The more sore you are, the less likely you are to rush out and do the same thing that made you sore again.”

Poli is quick to add that a lack of soreness doesn’t mean you’re not progressing. Indeed, research has shown no link between workout effectiveness and post-workout soreness. If anything, it just means that you went a bit too hard.

So what can you do to avoid or reduce muscle soreness?

“Don’t work so hard next time!” laughs Poli. Failing that, try these strategies.

Need to show your body some love? Try a guided stretching or foam rolling class on Openfit Live! Try it here for free.

How to Manage DOMS Before and During a Workout 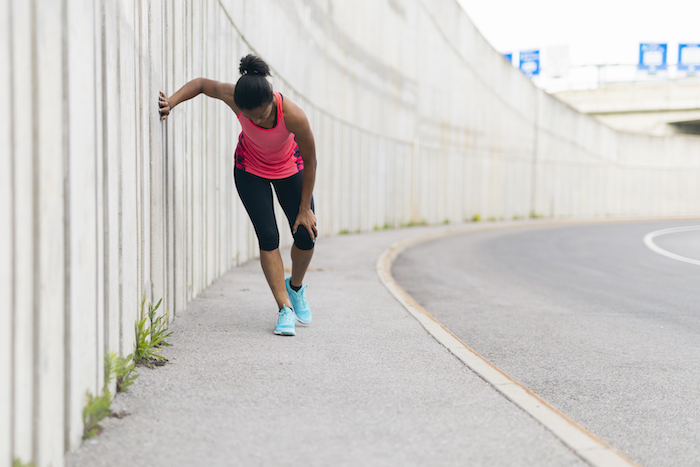 Feeling sore before your workout?

First, consider whether you should work out at all. If your muscles are wrecked to the point that everyday activities are challenging, you’re better off sticking with low-intensity stretching, mobility work, and easy cardio.

But if your soreness is bearable, and you’re determined to put in a serious workout, try these strategies:

“This is number one,” says Poli. “Getting the blood flowing and the joints lubricated [is key for relieving] DOMS.”

If you’re very sore, you may still feel it after your warm-up—movement isn’t a magic bullet against DOMS.

And the relief is temporary. When you stop moving, you’re likely to be sore again. All the more reason to take it easy when you get into your workout.

“Most soreness usually comes from doing too much, too fast,” says Poli.

While it can be fun—and even effective—to dive into unknown territory in your fitness program from time to time (by, say, taking a bootcamp class or entering a Tough Mudder), you don’t want to make overreaching a regular part of your routine.

One of the most effective techniques for building muscle is emphasizing the negative — or eccentric — portion of each exercise (think: lowering the weight during a biceps curl).

It can also mean more soreness—so save those super-slow negatives for later on in a workout program when your muscles are ready for a new challenge.

In recent years, the use of compressive clothing has boomed with athletes hoping boost workout performance. But here’s another side benefit: Research shows that wearing compression gear during a workout can help minimize muscle damage, and thus DOMS.

Methods of Relieving Sore Muscles after a Workout 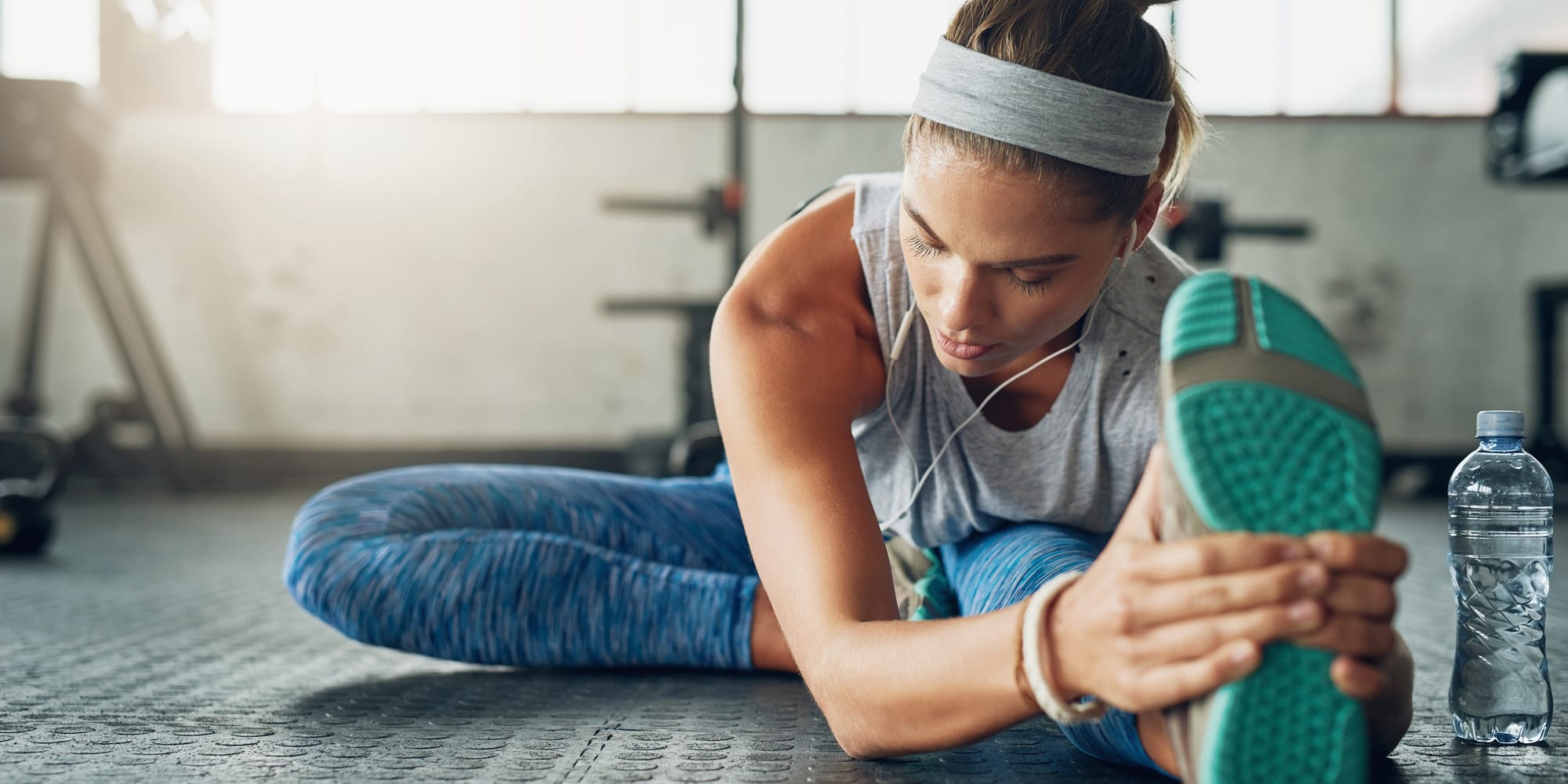 So let’s say that despite your best intentions, you worked yourself into a sweaty froth yesterday, and now you feel like you went through the spin cycle. How do you reduce muscle soreness?

First, recognize that the deep burning sensation you feel in your muscles during and directly after a workout isn’t DOMS. It’s caused by hydrogen ions and other metabolic byproducts of energy production. The harder you work out, the greater your energy demand will be, and the faster those byproducts will build up—and the more intense of a burn you’ll feel.

But those by-products are typically cleared out within an hour of exercise and aren’t directly responsible for the soreness you feel the next day. If muscular or joint pain persists directly after a workout, you may be looking at a more severe injury (more on that below).

Assuming you’re dealing with garden-variety DOMS, however—achiness in the muscles that sets in hours or days after a tough workout—these strategies will take the edge off:

The same can be said of gentle stretching. “You’re not trying to increase mobility, but to exchange good fluids for bad ones,” says Rusin.

In the short-term, movement has an analgesic (pain-relieving) effect as well, so the gentle, repetitive contraction of your muscles associated with walking and repetitive stretching reduces the intensity of DOMS almost immediately.

2. Foam roll or get a Massage

Whether you hire a professional bodyworker or massage your muscles with a foam roller, kneading or manipulating muscles can help reduce DOMS as well.

A 2015 study found that 20 minutes of foam rolling immediately after exercise reduced muscle tenderness 24 and 48 hours after exercise in healthy young men.

And a 2017 meta-analysis showed that post-exercise massage was effective not only in reducing DOMS, but also in restoring performance in sore muscles.

Post-exercise, Rusin recommends long, gentle passes on the major muscle groups as opposed to the shorter, more focused ones you might use to relieve muscular knots before exercise.

Finally, if you have time, money, and cold-tolerance to spare, cryotherapy—spending time in a cold-water bath or a high-tech cryo-chamber—can temporarily relieve DOMS as well.

It comes with a cost, however:

There are additional downsides to this novel, much-touted approach to recovery, says Rusin.

“If you want to get out of pain, icing and numbing are great, but there are repercussions,” he says. “It can slow the healing process, and can slow down recovery after training.”

So this is one DOMS-reliever that requires a risk-reward calculation. If DOMS is preventing you from going about your everyday tasks, go ahead and hit up the cryo tank—just recognize that you may need to extend your recovery time between workouts.

Research shows that adding a post-workout protein supplement to your daily workout routine can enhance growth and recovery. LADDER Whey Protein provides 26 grams of whey protein per serving, and LADDER Plant Protein serves up 21 grams of pea protein per serving.

What To Do If My Sore Muscles Aren’t Better After A Few Days? 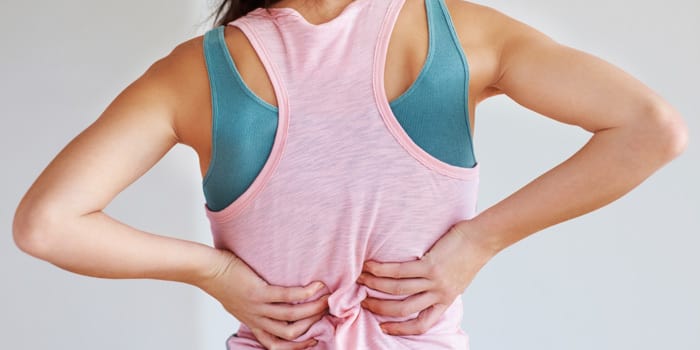 Intense DOMS can occasionally share some of the same symptoms as an acute injury, including swelling, redness, and tenderness to the touch. So how do you tell the difference between DOMS and something more serious?

“With DOMS, the pain is generally dull, not sharp,” says Poli. “And the pain is in your muscles rather than your joints.”

Assuming you don’t return to the gym for another blowout session right after exercise, DOMS should peak a day or two after intense exercise, then gradually get better from there. And it shouldn’t last longer than a week.

If you experience pain that worsens or lasts longer than a week, see a doctor. Otherwise, stretch, walk, and resolve to make haste in your workouts more slowly next time.