10 Possible Causes of Bloating and What You Can Do

You exercise regularly, eat healthy, and get enough sleep. You’re all for putting in the work to get in shape.

But, sometimes you feel (and look) bloated, even after all that effort. Bloating, that uncomfortable feeling that you’ve got too much of something in your belly, affects 10 to 30 percent of people, according to experts at the University of North Carolina. People who suffer from periodic bloating not only call in sick to work more often, they also visit their doctors more frequently and take more medications.

“Bloating in general is not caused by anything serious, but when it occurs frequently, it certainly can interfere with your quality of life,” says Dr. Jim Zighelboim, a gastroenterologist at Mayo Clinic Health System in Eau Claire, Wis.

Gas can build in your stomach and intestines, and if it’s not released, can create that sensation of feeling too full. The intensity of that feeling can range from mildly uncomfortable to sharp and intense. But bloating isn’t always caused by excess gas. According to the National Institute of Diabetes and Digestive and Kidney Diseases, more serious underlying conditions could be to blame, such as celiac disease or irritable bowel syndrome (IBS). If you’re experiencing chronic bloating, you should consult your doctor. 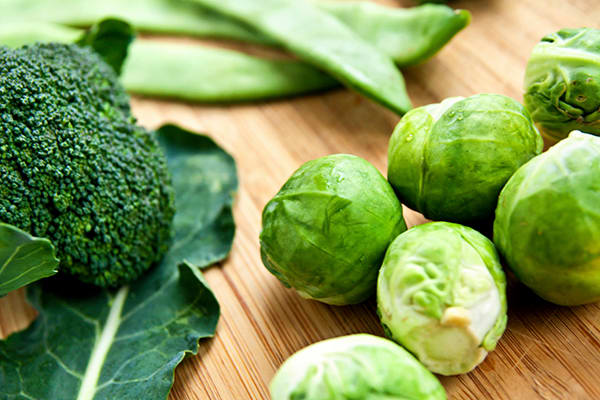 Celiac Disease
Gluten — proteins found in whole grains such as wheat, rye, barley, as well as foods like soy sauce, salad dressings, beer, and more — can cause bloating, gas, constipation and other GI issues in people with a gluten sensitivity (non-celiac gluten sensitivity) or a gluten allergy (celiac disease). But for people with a gluten allergy, gluten sparks an immune-system response that can damage the small intestine. Blood tests and bowel biopsies can determine if you have celiac disease.

Irritable Bowel Syndrome (IBS)
The exact causes of IBS are unknown, but one of the most common symptoms is bloating, according to Dr. Zighelboim. High-fiber foods and carbs like beans, broccoli, and cabbage, can aggravate IBS, according to the American Gastroenterological Association. IBS is one of the most commonly diagnosed disorders, affecting between 10-15 percent of U.S. adults.

Lactose Intolerance
About 65 percent of adults have trouble digesting lactose after infancy. In those who are lactose intolerant, the small intestine can’t manufacture enough of the enzyme needed to digest the lactose in dairy products.

Let’s get to those everyday culprits — things you do or eat that could be the cause of that belly swell.

Eating or drinking too fast
When you speed through your meal like a NASCAR driver, your brain isn’t getting the message that you’re full, so by the time it catches up, you’ve already zoomed past “satisfied” and hit “uncomfortably full.”

Eating fatty foods
Greasy fried foods like French fries and burgers are not your friends. Fats take longer to digest, so the longer they hang out in your small intestine, the more gas can build up — and the more likely you’ll feel the need to loosen your belt.

Sugar-free foods and drinks
These no-calorie sweeteners are known as “sugar alcohols” but they are not sweet to your waistline; excessive amounts can leave you bloated. Known as polyols, they have many aliases: mannitol, sorbitol, lactitol, isomalt, maltitol and hydrogenated starch (HSH). In addition to diet sodas, they’re also found in many processed foods like cookies, candy, sugar-free gum and even some mouthwashes and toothpastes.

Too much salt
The American Heart Association’s daily recommendation for sodium intake is 1,500 milligrams, but the average amount that people eat is 3,400 milligrams. Per day. One basic side effect of a salty diet is bloating — too much sodium causes your body to hold onto extra water, which can make you feel like the Michelin Man.

Smoking
A 2016 study published in the Scandinavian Journal of Gastroenterology found that smoking was associated with bloating. Another reason to kick the butts.

Chewing gum
Your mom probably told you that chewing gum makes you look like a cow chewing cud, but that’s not all. While you’re chomping on your gum, you’re taking in more air than normal when you swallow. That air can get trapped in your stomach and small intestines.

Constipation
The biggest contributor to bloating is a “plugged-up intestinal tract,” says Joan Salge-Blake, registered dietitian and clinical associate professor at Boston University and author of the blog Nutrition and You.

What You Can Eat to Fight Bloating

Certain foods may actually help prevent and fight bloat. Try adding these to your diet the next time you’re getting that bloated feeling.

1. Water is a great de-bloater, says registered dietitian Bonnie Taub-Dix, who says that it plays an important part in getting foods to move through your digestive system. “Not drinking enough actually causes your body to retain fluids — and causes bloat.”

2. Probiotics: Your gut is filled with bacteria that helps you digest your food. Probiotics are microorganisms that can help promote that bacteria in your gut, supporting healthy digestion, which will cut down on gas build up.

3. Parsley: This green garnish has been a folk remedy for bloating, and an animal study suggests it contains compounds that act as a mild diuretic.

5. Peppermint, chamomile or ginger tea. If you’re bored with water and crave some warm comfort, these teas are all nice bloat-busters, says Taub-Dix, who adds that carrying around an herbal tea bag — especially when you’re traveling or on-the-go — could prevent hours of uncomfortable gas, bloat and intestinal discomfort.

“These teas may have a beneficial effect in some individuals with unexplained upper gastrointestinal symptoms like nausea, dyspepsia and bloating,” says Dr. Zighelboim, but the mechanism of action is not entirely clear, he admits.

So, before you start adding more crunches or miles to your workout routine, take a look at your diet, your daily habits, and talk to your doctor — the answer may lie in your gut.

Sheryl Kraft is health and beauty journalist who is passionate about what she writes: consumer-friendly pieces that take the guesswork out of healthy living. She has written for CNBC.com , HealthyWomen, Chicago Tribune, Parade, AARP, Prevention, Weight Watchers, Family Circle, EverydayHealth, and more.Follow her on Twitter.

Not Catching Enough Zs? Here’s How to Fall Asleep and Stay Asleep

Having trouble falling asleep, or struggling with restlessness once you do? Here are seven tips on how to f...

What Is Gua Sha, and Does It Help With Muscle Pain?

Gua Sha is one of the earliest forms of self-care deriving from ancient Chinese practices and is known for ...

We usually don't view walking as more than a way from getting from one place to another. But here are some ...

7 Things That Get Better When You Quit Drinking

Beyond not having a screaming hangover, there are many benefits of quitting drinking, from deeper sleep to...